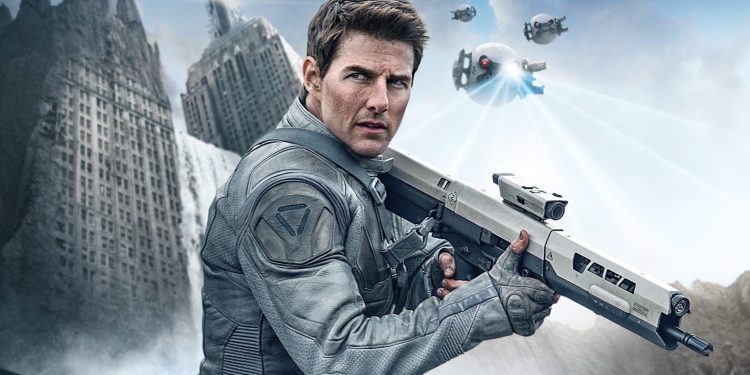 The record-breaking popularity of Top Gun: Maverick proves an irrefutable truth: any Tom Cruise sequel, no matter how belated, is going to be a massive box-office success. Released almost forty years after the first Top Gun movie, Maverick’s triumph at the box office has some Cruise fans already dreaming of the possibility that they might one day see a continuation of some of the actor’s many standalone projects.

Perhaps one such project could be the criminally overlooked sci-fi flick, Oblivion. Though not without some glaring flaws, Oblivion still managed to be an entertaining high-concept blockbuster that was unfortunately released the same year as the more grounded Elysium. Seeing as both films had a similar art direction, Neil Blomkamp’s Elysium came up on top, partially thanks to Blomkamp’s spectacular District 9.

However, the similarities between Elysium and Oblivion are few and far between. Elysium has much more in common with some of the classic mid-century sci-fi stories, namely those written by Ray Bradbury. The fact that it also starred one of the world’s most recognizable action superstars was just a bonus to convince audiences to sit through the film’s frankly exaggerated two-hours runtime.

Oblivion follows Jack Harper, a technician who discovers that the fight between humanity and an alien species didn’t go the way everyone believes it happened. Confronted by the grim reality, Jack is suddenly involved in a complex web of interplanetary conspiracies that includes an army of clones and mind-wiping machines.

Just to keep the discussion as spoiler-free as possible, it suffices to say that the ending of Oblivion left the idea of a sequel up in the air. Considering that the film wasn’t a complete box-office flop, and that Tom Cruise’s name was linked to the project, many fans believed that an Oblivion 2 was more than likely already in the works. And they were just partially wrong, too.

Plans For A Sequel

For a brief time after the release of Oblivion, there were rumors about a sequel being considered at Universal Pictures. More specifically, Oblivion 2 was going to be a prequel to the events of the first movie. In the case of such a high-concept film, it makes perfect sense for the team behind Oblivion to be willing to expand upon their film’s lore with a prequel.

Alas, this movie was never made. Now, almost ten years after Oblivion’s release, there’s been little if any discussion about the topic of a potential sequel. Other Tom Cruise sequel projects have also seen a sudden halt in recent years, most notably Edge of Tomorrow 2. That film fared much better both commercially and critically, so if Edge of Tomorrow was left without a sequel, things are looking grim indeed for the potential Oblivion 2.

However, as we mentioned at the beginning of this article, when it comes to Tom Cruise, one never knows when a sequel might be released. We’re talking about one of the only actors in Hollywood that seems to age in reverse here, so it doesn’t matter if we have to wait another decade for Oblivion 2: Cruise will look mostly the same as he did in 2013 for sure.

If you’ve never seen Oblivion before, definitely check it out, especially if you’re into films like Total Recall or The Tomorrow War. Its runtime might be a bit on the long side, and the finale might not be all too satisfying, but it’s still fun enough to watch if you’re a sci-fi buff. Let’s just hope that, if we ever get another unexpected Tom Cruise sequel, it would be Oblivion 2, and not The Mummy 2.

Tell us, do you want an Oblivion 2 or should Tom Cruise forget about doing a sequel?