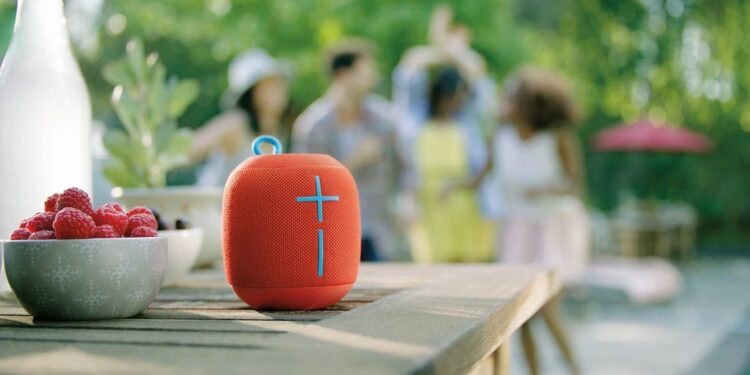 A short while ago, I reviewed the Logitech Ultimate Ears Boom 3, the latest update from the Boom range of rugged and portable speakers. The Boom 3 was launched alongside Megaboom 3, both of which received the latest updates for a more all-round speaker delivering great performances. A short time after the release of the two new units, Logitech announced updates to a few other units, one of which included the Ultimate Ears Wonderboom 2, a diminutive and lightweight portable speaker. Having originally launched the first Wonderboom back in 2017, we take a closer look at what has changed during the two years and whether it’s worth an upgrade to the newer version if you already own the original.

Unboxing the Wonderboom 2 on its own, you’d be forgiven for thinking that it’s the exact same design. Compared side by side, however, the unit is a lot wider than the original. It’s also slightly shorter, but only a millimetre or two in it. To me, it seems as if Logitech had made a slightly taller unit, then decided to squash it slightly further to give it its thicker and shorter look. But there are other small changes on the unit as well, including bolder “+” and “-” buttons in the event it wasn’t big enough for you before. There’s also a new “outdoor boost” button shaped like a tree beneath the unit, which we’ll discuss further in the sections below. Another of the small changes is the different elastic loop on the top, which is less obtrusive than on the previous unit, but wasn’t much of an issue before.

The “+” and “-” buttons are positioned on the side and control the volume of the speaker. Pressing both buttons provides an indication of how much battery is left. This information is provided in the form of an audible sound, which is supposed to indicate the severity of how low the battery is, but it’s not overly useful since there’s no key for each of the tones. The buttons on top are also pretty straight-forward, being the power button, the pairing button (with LED indication) and the play/pause button in the centre. The centre button doubles as skip-forward button when pressed twice, but doesn’t allow to go backwards when pressed thrice.

There’s also the standard rubber flap to protect the microUSB charging port when the unit is tossed into the water. An unseen improvement in the build of the Wonderboom 2 is that it improves its IP rating from IPX7 to IP67, which means that it’s now both water and dustproof. The unit can be fully submerged in water up to 1m deep for up to 30 minutes at a time. That said, the unit floats, which means you can toss it into the pool and just leave it to float around as required without having to worry whether it’s time to take it out or that it will leak water. 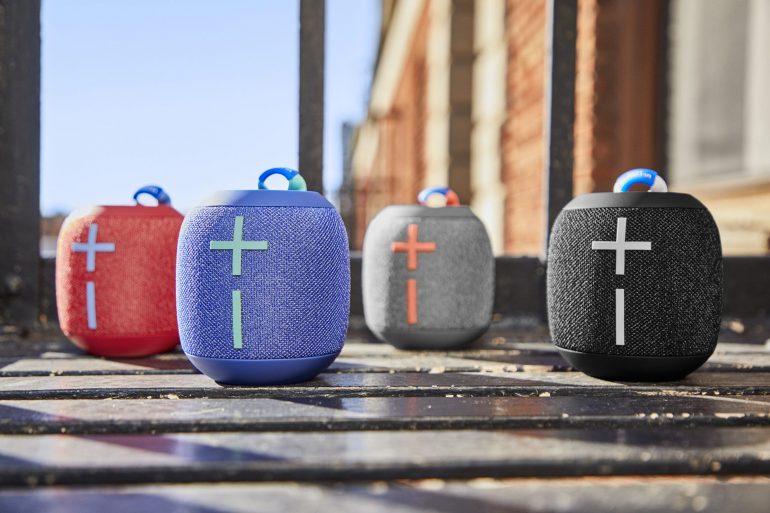 As touched on earlier, the unit is fairly easy to use and self-explanatory. Simply power on the device by means of the power button. Once turned on, you will hear a tone to indicate this. You can then long-press the pairing button, which also plays a sound and once you’ve selected the speaker from your smartphone’s Bluetooth menu, there will be another sound to indicate that it has been successfully paired. There are quite a few different tones when using the Wonderboom 3, but unless you remember each of them, most of it will have to be taken in context.

I’ve already mentioned one of the improved features on the unit, the upgraded IP rating of the Wonderboom 2. Having also mentioned the “outdoor boost” button, pressing this will change the maximum sound output from 86dBC to 87dBC. It may not seem like much on paper, but there’s a sufficient amplification of sound to make you notice the difference. In some instances, depending on the audio being played, the increase in volume can give you a bit of a jump scare.

As with the Boom 3 unit, there’s an enhanced speaker pairing support on the Wonderboom 3. Instead of simply increasing the volume when two units are paired, you can now choose to use the speakers in stereo mode, one being the left channel with the other being the right. You can also pair more than one source device to one speaker, which allows you to seamlessly take over the audio from either device without having to pair it each time.

The Wonderboom 2 is capable of pairing with the original Wonderboom unit. You won’t, however, be able to make use of the stereo option using this setup. What’s interesting is that the unit is unable to pair with the other new devices from the Ultimate Ears range, such as the Boom 3 and Megaboom 3. We know it’s technically possible, so the limitation is enforced by Logitech, possibly to keep devices within their own ecosystems.

When it comes to the performance, the level of quality expected from the Ultimate Ears range should be top tier. The Wonderboom 2 delivers great sounds across the various frequencies. I focused quite a bit of my testing on the bass, as it felt fairly well-rounded across the mids and highs. The bass isn’t as good as on the Boom 3, but it’s still great nonetheless. When switching to the “outdoor boost” mode, the mids and highs are definitely boosted, but the same cannot be said for the bass, which remains stable. This was the only negative observed during my various testing across different types of music, games, movies and the likes. Testing the frequencies from highs to lows with more technical software, it’s noting that the really deep bass doesn’t register on the speaker all that well.

The speaker, as already mentioned, is respectably loud. The “outdoor boost” mode makes it even louder, while still offering clear and concise sound. You can still increase the volume a little beyond what’s recommended on your smartphone, but after the 80% mark, the resonance frequencies start to be a factor, which distorts more and more as you go louder. When outside, this isn’t too much of an issue, since you’d choose volume over clarity. When going indoors, however, you may not necessarily need the same levels of volume, so you can turn it down a bit so as not to annoy your guests.

Battery life has improved over the original unit, with Logitech indicating that it has improved from 10 hours to around 13. With the original, at lower volumes, the unit was able to reach around 10 hours, but at higher volumes and a few other contributing factors, battery life was under four hours. With the Wonderboom 2, the battery life has improved to around 10 hours when used on the much louder setting with a distance from the source (smartphone) fluctuating often. When having a fixed source proximity and at lower volumes, the battery life can be extended to between 12 and 13 hours if it’s really necessary. Charging the unit takes well over two hours, which isn’t great, but it’s not the slowest either. There’s no fast-charging option available here, so don’t expect an impressive result, especially when using the older USB standard. 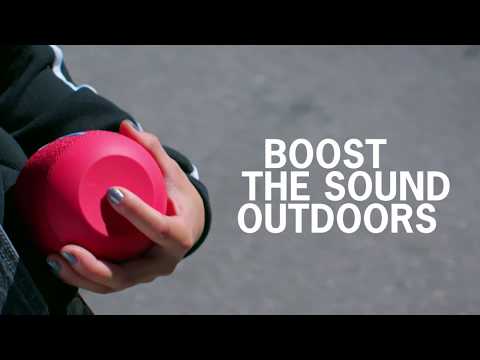 The Logitech Ultimate Ears Wonderboom 2 is a great outdoor companion. It’s improved sound, tweaked design, “outdoor boost” mode for louder sound, as well as the new pairing modes via the Logitech app, makes for all-round improvement across each feature. In addition to this, the battery life has also been optimised quite a bit, allowing for 50% or more battery life over the original. With its rugged outdoor status already reserved, Logitech has included an IP67 rating, allowing for submersion in up to 1m for 30 minutes.

If you’re already an owner of the original Wonderboom speaker, there is quite a lot of improvements across the board. As such, there’s sufficient enhancements to at least consider an upgrade if you have the finances to spare. The unit costs R1,499, which is relatively affordable given its list of features and great performance.

The Logitech Ultimate Ears Wonderboom 2 has received an upgrade over the original version released two years ago. The unit boasts an improved design, longer battery life, new pairing features as well as a new "outdoor boost" mode with louder volume. Adding to its already rugged build, it now also includes an IP67 rating. It's not a complete overhaul, but sufficient improvements throughout to consider it a worthy upgrade.