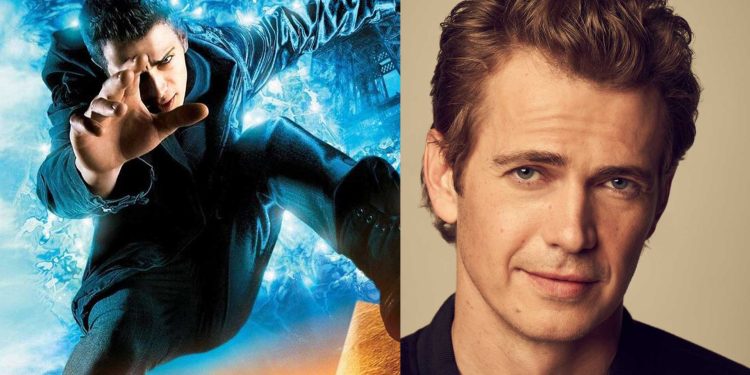 Now that Disney+’s Obi-Wan Kenobi show has reignited fans’ love for the Star Wars prequels, some of the most avid followers of the series have also unearthed some of the non-Star Wars works of some of their favourite Jedi Knights. For a while after the release of Revenge of the Sith, it seemed like Hayden Christensen was destined to become Hollywood’s next big thing, despite the lacklustre reviews of movies like Awake and the failed sci-fi franchise Jumper.

In many aspects, Jumper was stunningly ahead of its time. Not only was it one of the most ambitious movies ever made – thanks to its globetrotting premise – but it was released just before comic book films became the massive success they are today. Based on a 1992 novel written by Steven Gould, Jumper seemed like it was destined to become yet another massive sci-fi franchise – until it wasn’t.

Prior to the film’s 2008 release, Hayden Christensen reflected on the possibility of Jumper 2 and even more sequels: “This has definitely been set up in a way that will allow for more films, and Doug has been careful to make sure that he’s created characters that will have room to grow.”

Except none of that materialised.

Was the first film a failure?

The film reunited Hayden Christensen with his Star Wars co-star Samuel L. Jackson as they once again became on-screen rivals. Not even the star power of Christensen – fresh off the Star Wars Prequel Trilogy – and Jackson was enough to woo fans or critics about Jumper.

Some of the most common complaints about Jumper come from die-hard fans of the original novels. At the time, it was no secret that the movie underwent some massive rewrites during its production. In the end, the Jumper that we got was vastly different from both the source material and what fans expected from a sci-fi summer blockbuster. A disappointing ending and a rushed plot weren’t enough to fascinate anyone, much to the surprise of both Christensen and director Doug Liman.

Much like the books it was based on, the original plan was for Jumper to be the starting point of a new trilogy. The rest of the series would adapt some of Gould’s later books – a project that Christensen seemed eager to join. However, as time went on, it became clear that the commercial and critical failure of Jumper had smashed any hopes for a potential sequel.

All that said, did Jumper really deserve all the hate it got back when it was released? The short answer is “no;” the longer one would be “kind of.” Jumper is a flawed product any way you look at it, but that doesn’t mean that a sequel couldn’t have somewhat mended some of the most glaring issues that the first movie had.

Should there be more films?

Another entry in the series would allow the writers more room to work on some of the characters that critics felt were underdeveloped in the first movie. Things like the relationship between David Rice (Christensen’s character) and his mother would have much more legroom to grow in a Jumper sequel.

The central idea behind Jumper is ambitious on its own. Any movie that involves a significant amount of travelling and unique locations is going to be a financial nightmare for any production company – but a potential Jumper sequel could avoid some of the mistakes of its prequel by keeping the story and setting much more focused and less grandiose.

You don’t need to have your main character teleporting from a secluded location right to the top of the Great Sphinx of Giza – no matter how breathtaking it looks. Just keep things simple and focus on the characters and their interactions and you’ll have a great movie that fans would surely love.

Director Doug Liman has spoken of his ideas for a Jumper 2 — which includes Jumpers being able to reach other planets and travel in time.

Now that Hayden Christensen is popular with Star Wars fans again, perhaps it would be the perfect time to give Jumper another chance to shine.

Tell us do you want a Jumper 2, or does it not need a sequel?