While previous Blade Runner 2049 trailers only previewed Jared Leto’s ominous blind villain, the latest one details a lot more of his character’s plan and mindset. We can’t help but think that this mysterious bad guy is more a long the lines of the Joker character we wanted to see in Suicide Squad.

“Every leap of civilisation was built off the backs of slaves,” says Leto calmly. “Replicants are the future, but I can only make so many. I have the lock, and he has the key.”

Denis Villeneuve’s highly-anticipated sequel to the immersive 1982 sci-fi thriller is already shaping up to be one of the biggest and most stylish films of 2017. The film features an all-star cast which includes Harrison Ford, Ryan Gosling, Robin Wright, and Dave Bautista. However, it’s Oscar-winner Jared Leto’s Neander Wallace, a replicant manufacturer, that has gained the most attention. He is genuinely creepy (with no pupils in his eyes) as he towers over a naked human and coolly whispers: “Happy birthday”.

Seeing him as Wallace just reminds us again what a powerful actor the 30 Seconds To Mars frontman is and can be under the right direction. Is this the unassailable Clown Prince of Crime we hoped he would portray in Suicide Squad? I mean think about it, would you prefer the wild, over the top, bejeweled teeth and tattooed gangster or this haunting, calculated (yet eccentric) character as the Joker? 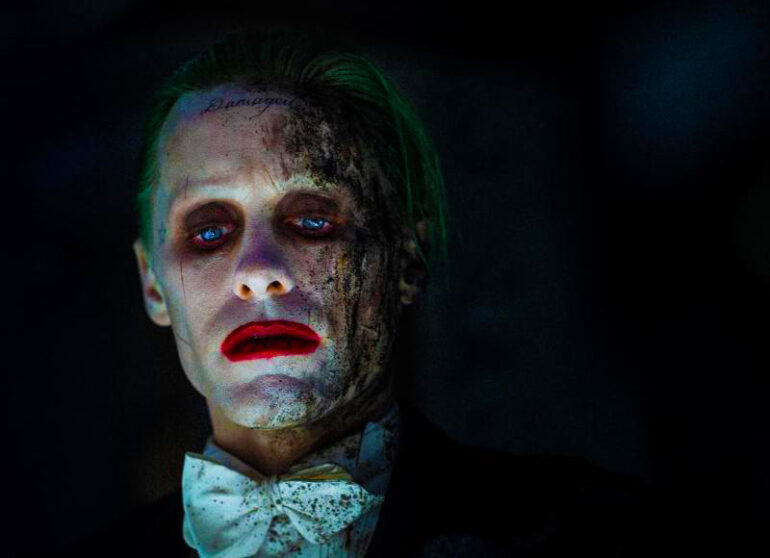 Perhaps there was a missed opportunity here. Perhaps it isn’t all Jared Leto’s fault. Perhaps the strange method acting techniques aren’t too blame. Perhaps the character just read wrong off the page. Perhaps Neander Wallace is really what fans wanted from Leto. Perhaps it’s not too late to fix Mr J in the next film.

“I play a character called Neander Wallace – to be honest, they had me at the name,” Leto admitted in an interview with ES Magazine. “I read the script and fell in love with the character. But I don’t think I’m allowed to talk about it – I may have already got in trouble for telling you the name. I can tell you that the experience of making it was one of the highlights of my film career.”

The Secrets of Deepfake and CGI in the Film Industry