I Am All Girls Review – Great South African Filmmaking Netflix‘s I Am All Girls is a hard-hitting, South African thriller that tells the story of a painstaking investigation into a notorious and high-powered child trafficking ring in that country.

At the helm of the syndicate is a former, apartheid-era government minister who, apart from trafficking the girls for business, uses them for his own sick personal pleasure. 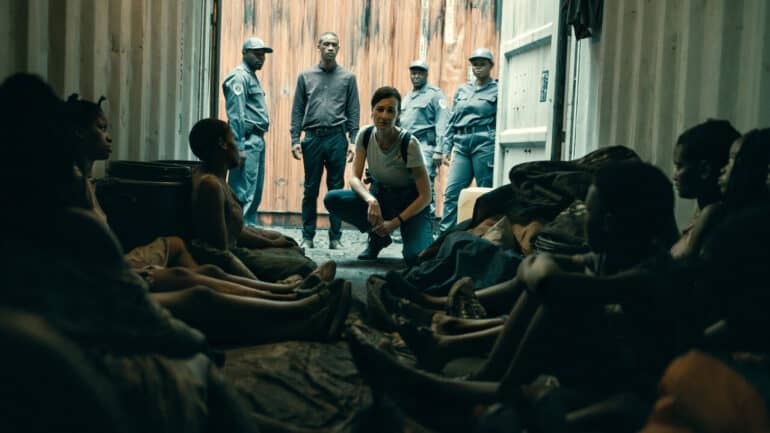 Set mostly in Jo’burg, the story in I Am All Girls takes place over several decades, starting with the kidnapping and trafficking of several girls in the ’70s and ’80s, and how that case has implications for events happening in the modern-day.

A special unit tasked with dealing with these abductions has its work cut out for it when a serial killer starts systematically taking out all of the individuals who were involved in the old case, meting out vigilante justice on them. So, now they must hunt down the serial killer while also trying to get to the bottom of the trafficking case.

Guiding us through the story is an informer who comes forward to talk about his part in the syndicate’s activities and ultimately lead investigators to the discovery of the identity of who is behind the crimes.

I Am All Girls stars Hlubi Mboya-Arnold and Erica Wessels, two well-known actors on the local scene who give great performances, connecting us emotionally to the stakes. They are ably supported by a solid supporting cast.

It is in talking about Deon Lotz, who plays FJ Nolte, the arch villain of I Am All Girls, that we start to see some things that stand out and are worth taking about. First, it should just be said that he was the right pick for the role. In his mannerisms and demeanour, Lotz is the picture of – you guessed it – a corrupt, powerful, paedophile trafficker. As such, it would have been great if we saw more of him in the film and if he imposed his will much more on the film.

Do characters need to say a lot and be in every scene to impose their will on a story? Of course not but, in the case of Nolte, it would have been so much more satisfying to feel and see more of him for the film to feel complete. This was probably the biggest of the film’s few weak points.

Still, Netflix’s I Am All Girls is definitely worth watching. Director Donovan Marsh does a commendable job of crafting a film that both entertains and deals sensitively with an extremely difficult and, for many, painful topic.

I Am All Girls

This is polished filmmaking and a great example of the kind of work South Africa, and the continent as a whole, can showcase on the global stage.