Fight Club 2: The Comic Book Should be Adapted 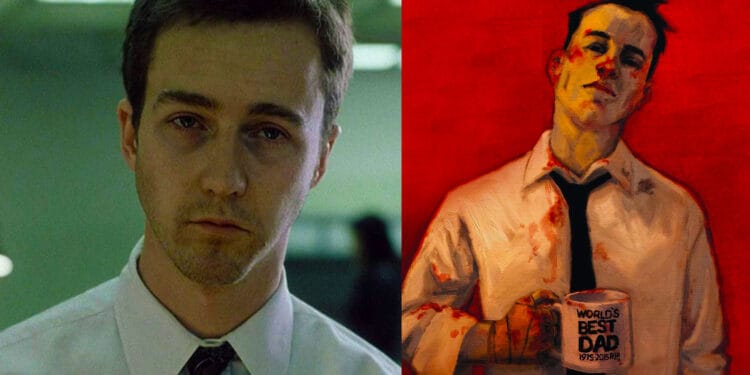 Yes, there’s a Fight Club 2 — and it’s just as crazy as the book and movie adaptation.

It goes without saying that the popularity of Chuck Palahniuk’s Fight Club has been one of Hollywood’s most unlikely success stories in years. The story of Tyler Durden and his ragtag team of anarchists resonated with a surprising amount of people who saw themselves in the position of the movie’s Narrator – much to Palahniuk’s dismay.

This might be the reason why the sequel to the original novel, Fight Club 2, gets a bit too carried away with its metanarrative. The continuation to the story of Tyler and The Narrator (who now goes by ‘Sebastian’) is truly a sight to behold.

Not only does Fight Club up the stakes in every conceivable way compared to its predecessor: it also takes on the subject of people sympathizing a little too much with Tyler’s ideology. A Tale of Madness

Fight Club 2 begins ten years after the events of the original novel. Yes, this graphic novel is a continuation of the book by Chuck Palahniuk – and that means that some characters act much more differently than their Hollywood counterparts.

Sebastian leads a comfy life with Marla, with the couple living in a normal suburban house with their son. It’s been ten years since any of them has seen Tyler, and Sebastian couldn’t be happier; the same couldn’t be said of Marla, who wished to have an affair with the creator of the first Fight Club.

What follows is a spiralling descent into madness, with a story that involves Tyler becoming the leader of a terrorist group with nuclear weapons, and sees Marla as the commander of a group of child soldiers.

If all that sounds too far-fetched to be true, that might be because that was Palahniuk’s intention in the first place. Fight Club 2 isn’t like most graphic novels. As divisive as it was when it was released, the way it completely derails by the end took more than one fan of the film by surprise.

For starters, Palahniuk himself makes a cameo appearance right at the end of the comics. In his cameo, he is besieged by a group of rabid fans of the Fight Club film – a situation that ends with the promise of a third sequel and Tyler effectively killing his creator.

The world created by Fight Club 2 is one of utter madness – a world that’s completely detached from what the 1999 film adaptation established. This, however, presents a problem when it comes to making a live-action adaptation of this insane graphic novel.

So, the question now would be: how do we adapt a comic with so much going on, but also keeping the explosive nature of the source material intact?

Looking at recent trends, it’s clear that the sequel to Fight Club doesn’t need to be a live-action film at all. With the rise in popularity of Netflix shows, Fight Club 2 could very well become an engaging season of quality TV.

Another way that Fight Club 2 could be presented in all of its wild glory would be through an animated series. Shows like League of Legends’ Arcane have demonstrated that animation is alive and well, and that it could be used to portray mature stories like the ones set in Chuck Palahniuk’s deranged world.

Using animation would also mean that actors like Edward Norton and Brad Pitt could return to reprise their roles, especially now that’s been over two decades since the release of the 1999 film.

What do you think? Should there be a Fight Club 2 movie?