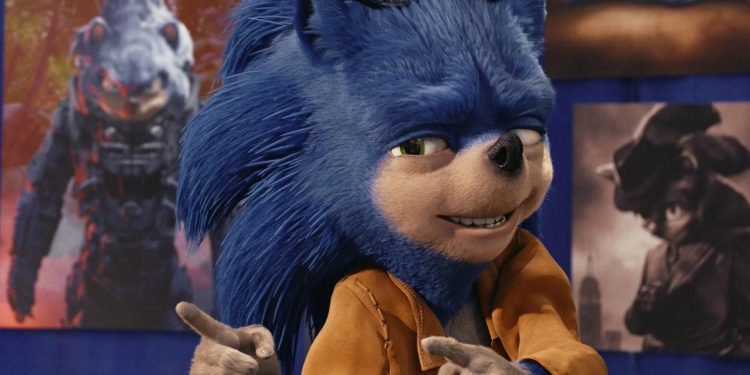 If there’s anything we’ve learned from the last few years, anything is possible. In 2019, Paramount Pictures released a trailer for the live-action adaptation of Sonic The Hedgehog which saw many fans petition for the character to be redesigned. Well, they got their wish and the original visual effects was updated. In 2022, that character, titled “Ugly Sonic”, is back in the Disney+’s Chip and Dale: Rescue Rangers film. And fans are in love with him!

That’s right, in a strange twist of events, Ugly Sonic’s appearance in Chip and Dale: Rescue Rangers has become a huge talking point. The internet is on fire with comments from viewers who would love to see more of the rejected blue hedgehog.

It seems this parody character might live after all, if Paramount Pictures listens to the countless fans wanting to see more of Ugly Sonic. And, let’s be honest, if they managed to convince the studio to change the character in the original film, they might be able to convince them to make a spin-off movie or TV show based on the character too.

In Chip and Dale: Rescue Rangers, Ugly Sonic is spotted at a comic book convention where he pokes fun at his misfortunes. Basically, he is now a washed-up celebrity who signs autographs and understands that people are laughing at him. Nevertheless, he is “in on the joke” and embraces his failures.

Ugly Sonic also mentions that he is part of a reality TV show called “Ugly Sonic: Uglier Crimes” — which sounds like it could be a lot of fun. He also reveals that, unlike the regular Sonic, his thing is going super slow.

We also get a long closer look at his strange “human teeth”, which he points out.

In an industry where stranger concepts have been greenlit, this one doesn’t seem that far fetched. I mean, I can totally see it happening and working really well. The world needs Ugly Sonic to become a reality.

And maybe, just maybe, somewhere down the line, regular Sonic (who now has two great movies behind his name) could meet Ugly Sonic face-to-face.

Tell us, do you want to see more of Ugly Sonic?