You won’t be left wanting when it comes to the performance of the Acer ConceptD 500. It’s not just a good-looking desktop PC.

Hardware has been on the rise year-on-year in terms of sales. However, most of the major brands’ efforts have either been on their gaming laptop range and/or peripherals. That isn’t without reason, as these have been key areas of growth in recent years. One category of hardware that hasn’t faired as great is pre-built desktops.

Many brands that do manufacture desktops focus on business units for offices around the world. Acer has recently released the Acer ConceptD 500, a desktop designed for creatives and content creators around the world.

It’s been a while since I’ve reviewed a pre-built desktop. The last of these was the Acer Predator G6 back in 2016. With desktops, there’s a fair amount of additional scrutiny, especially when it comes to the internals, and not just the type of hardware. So, let’s do just that to determine whether Acer’s gamble on a purpose-built rig is a worthy investment. 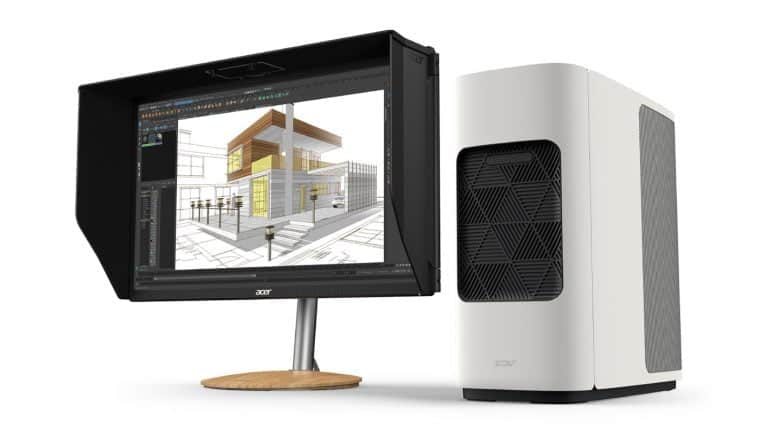 On the day I received the Acer ConceptD 500 unit, I had a friend pop in and, after seeing the unit in the corner prior to being setup, he asked what it was. Jokingly, I stated that it was our new coffee machine. In a rush at the time, he had not asked any questions. I had assumed he knew I was joking but upon his next visit, proceeded to ask me how the new coffee machine was, wanting to test it out himself.

In a nutshell, that pretty much sums up the overall design ethos of the unit. At a small distance, it appears to be a coffee machine, designed as a modern-looking variant. It looks unlike any other case on the market.

The case has an all-over matte white finish, which extends across Acer’s ConceptD range. On the front is a huge grille, with a triangular pattern. But it’s not just for show – or to look like a coffee machine. This is a vent. A quite significant one at that, allowing for maximum airflow through the innards.

To add a touch of class to the design, the top of the case has a wooden panel. I say “wooden panel” but in reality, it’s also plastic, like the rest of the case. It’s contrasting from the rest of the case, although isn’t the cover as many would presume. The panel houses the ports and buttons you would typically find on the front, as well as the ConceptD logo towards the rear.

On the back end of the sides, the case has a faux metallic grille, running around the rear to the opposite side. The top and bottom end around the rear have handles, although not used for carrying the unit, but rather to open it up.

There’s a neat surprise to round off the design. It’s also not that obvious at first glance, but the case has a built-in headphone cradle. It’s tucked away neatly within the coffee grille, so as not to make it too obvious.

Opening up the Acer ConceptD 500 is easier on paper than it is in reality. At first glance, there aren’t any noticeable opens, slide-to-open handles or even screws for that matter. To reveal the screws, you’ll have to pull out the two rear handles. It did feel as though it would break something, but I’m glad it didn’t. Once you’ve unscrewed, you can then slide out the side panel to reveal the inner layout.

While the case itself seems larger on the outside, the interior reveals a microATX layout. The compact nature does allow the unit’s overall size to remain smaller in order for it to fit on more desktops than most. The caveat here, however, is that when it comes time to upgrade, things will prove to be a bit challenging.

In addition to this, the CPU fan doesn’t seem all that powerful, but there is sufficient ventilation within the case, so, hopefully, it won’t be a factor long term. Cable management, on the other hand, is great, neatly tucked away in the right places so you can easily get to any of the components within. This, again, also allows for better airflow to keep temperatures manageable.

From what I saw, there’s very little room within the case to upgrade. Thankfully, however, you may not need to. The review unit received is more than well-equipped to handle all your creator and even gaming needs.

Packed inside is an Intel Core i7 10700 2.9Ghz CPU. While each of the four RAM slots are taken, it does include 64GB RAM – a healthy amount. There are an impressive three drives mounted inside, WDC PC SN530 SDBPNPZ-1T00-1014 NVMe SSD and two HDDs including a 1TB split partition (Toshiba DT01ACA200) and another 1TB WDC WD10EZEZ-21WN4A0. That’s a total of 2.5TB of storage capacity. The NVMe drive is fast enough for all your processing needs, after which you can store the rendered files on the additional drives. If there’s one thing I would have preferred in this configuration is to have had two SSD drives instead of the older HDDs.

When it comes to all your rendering needs, there are many variants of GPUs for the ConceptD range. The Acer ConceptD 500 we received included a GeForce RTX 2070 Super GPU. It’s not the latest and greatest, but still within the top 10 list of GPUs, some 40% within the benchmark scores of the Nvidia GeForce RTX 3090, currently rated as the best consumer GPU available.

When it comes to software, it has a few pre-installs. This includes Windows 10 Pro 64-bit as well as the Concept D Palette, a programme allowing users to adjust the device settings, split screens, monitor the hardware and more, all from a simple UI.

I’m not one for pre-installed software, since it often just bloats storage and adds to the start-up time on Windows. But the ConceptD is great. In addition to the presets, users can also load other software within it, so that it can be opened easily as a shortcut, without adding more icons to your desktop. It also looks great, thanks to its tie-in aesthetics with the ConceptD brand. 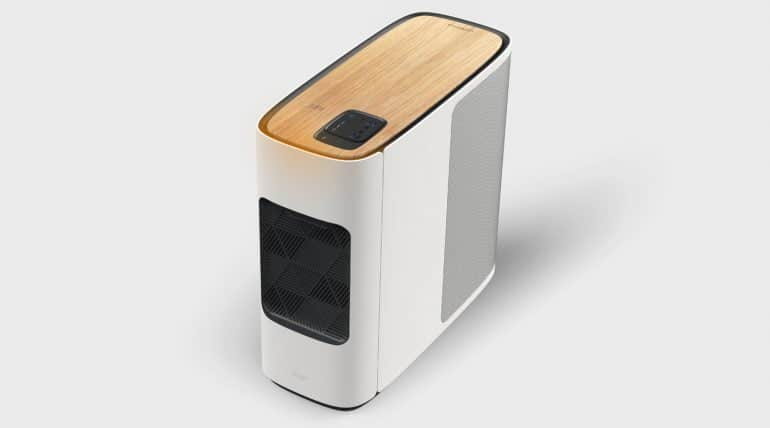 For your everyday tasks, the performance is unquestionable on the Acer ConceptD 500. From multiple browser tabs, videos and the likes, there isn’t a task that challenged the hardware.

Where there is a bit of a debate is in the form of the GPU. To resolve this, Acer has released two versions, one with the Nvidia GeForce RTX 2070 Super GPU and the other with NVIDIA Quadro RTX 4000. The former is geared towards the gamers, while still being able to render videos and graphics, while the latter is specifically for rendering. The Quadro RTX 4000 is as powerful, but has more reliability on continuous calculations meant for rendering, but less shaders, so doesn’t render graphics textures as fast, required for gaming.

On the RTX 2070 Super GPU on the unit we reviewed, it was a blast. It didn’t deliver the same FPS as on the recently reviewed ASUS ROG Strix SCAR 17 G733 with its Nvidia GeForce RTX 3080 Mobile GPU. Still, on 4K graphics it managed a solid 40+ FPS on most games, and well above the 100 FPS benchmark on 1080p resolution on the highest graphics settings.

Despite the worries on the internals, in terms of its space to upgrade, there are far more positives on the Acer ConceptD 500 than negatives. From the marketing, it may not seem to be geared towards the gamers, but it’s more than capable of handling all the high-end games on the market, while still doubling as a rig for your rendering and processing needs as creators.

You won’t be left wanting when it comes to the performance of the Acer ConceptD 500.