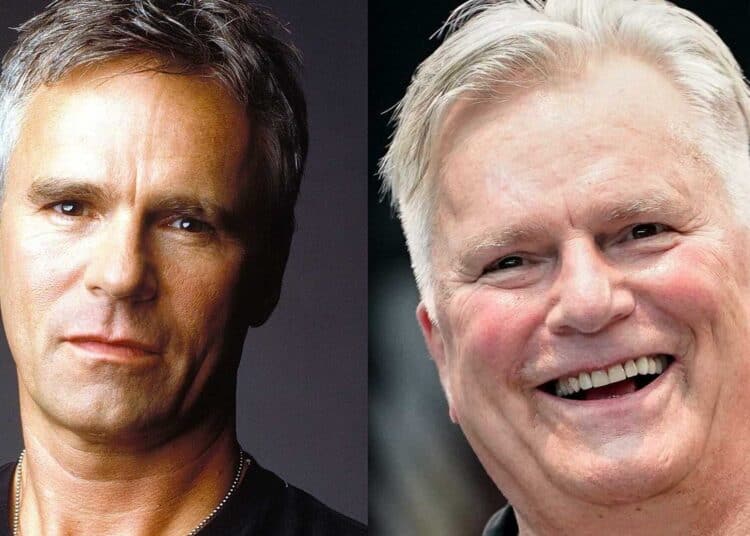 In this list, we’ll take a look at 80s actors who disappeared out of everyone’s radars, and what they are doing now with their lives.

We get it: every actor has their time under the limelight, some longer than others, but eventually, they all go on with their lives outside the blinding lights of Hollywood stardom. While this is usually a gradual and natural process, it seems like some celebrities simply vanish out of thin air, leaving everyone wondering where they might be now.

Here are 11 80s actors who just disappeared from Hollywood

You might know Richard Dean Anderson from his lead role in the popular show MacGyver. The series focused on a peculiar secret agent with an aversion to guns, who used his wits to overcome all sorts of situations. Angus MacGyver would frequently use all kinds of everyday appliances and stuff to complex gadgets, a practice that gave birth to the term “MacGyverism” as a way to refer to the act of turning one thing into another.

Anderson would later appear as the lead of yet another show in the 90s, namely Stargate SG-1, further cementing his popularity as a pop culture icon. Lately, the actor has taken a knack for production roles and has also remained closely tied to the Stargate franchise.

Born in Saigon and forced to leave his country at a very young age, Jonathan Ke Quan starred in some of the most iconic 80s adventure flicks. Perhaps you might remember him as Data, one of the Goonies, or as Indy’s one-time partner Short Round in Indiana Jones and the Temple of Doom.

Citing a lack of opportunities for Asian actors, Quan retired from acting in 2002. The success of Crazy Rich Asians made him reconsider his position, and in 2018, he announced that he’ll return to acting, and he’s now set to star in the Disney+ adaptation of American Born Chinese set to be released later this year.

Also known as Winnie Cooper from The Wonder Years, Danica McKellar has a complicated relationship with fame. Though most people remember her from her role in the popular 80s show, McKellar has also enjoyed a successful career as a voice actress for various DC animated shows.

McKellar is also a published author, devoting most of her writing to encouraging young kids to develop a passion for mathematics. The actress is also set to be one of the judges in Fox’s Domino Masters show, which will premiere later this March.

So, 80s actors who disappeared can make a comeback.

French-American actor Christopher Lambert turned into a fantasy icon seemingly out of nowhere back in the 80s, when he starred in the epic film Highlander as Connor MacLeod. Later, in the 90s, Lambert would also play Raiden in the Mortal Kombat film, gaining him popularity with a whole new generation of fans.

Despite his popularity among sci-fi and fantasy fans, Lambert has remained true to his roots as a dramatic actor, mostly appearing in French films and TV series. He reprised his role as Raiden in the 2020 video game Mortal Kombat 11.

Jennifer Grey — aka Ferris Bueller’s obnoxious younger sister — has been involved with the world of film and arts since 1984. Though she appeared in Reckless and 1984’s Red Dawn, her first major role would be as Jeanie Bueller in Ferris Bueller’s Day Off. Since then, the actress has appeared in some other movies and shows, but to star in something else as culturally significant as Ferris Bueller would be a tall order for anyone — not even Matthew Broderick was able to do it. Grey hasn’t retired from acting yet, and it doesn’t seem like she plans to do it anytime soon.

An accomplished stage and film talent, Kelly McGillis rose to worldwide popularity with her role as Charlie in the iconic 1986 action flick, Top Gun. Since then, McGillis’ roles have not had the popularity that Top Gun brought her, mostly appearing in low-budget horror films.

It seems likely that McGillis will remain working on TV and stage plays for the foreseeable future. Considering she will not be reprising her role in the upcoming sequel to Top Gun, a reunion between her and co-star Tom Cruise might still be a ways off.

Nominated for two Golden Globe Awards for his role as Mike Seaver on the ABC sitcom Growing Pains, Kirk Cameron’s career took an unexpected turn once he became a born-again Christian. From then on, Cameron would star in a series of Evangelical Christian movies, known as the Left Behind series, and also would star in the awful Saving Christmas — a movie that just so happens one of the worst 100 ever made according to IMDb users.

Nowadays, it seems like Cameron might be considering a full-time career in evangelism and political activism rather than acting, seeing as his latest roles have been cameos where he plays himself in shows like Fuller House or the documentary film, Connect.

So, maybe he isn’t exactly one of the 80s actors who just disappeared, but he definitely isn’t on Hollywood’s radar anymore.

For the longest time, Ghostbusters actor Rick Moranis was considered to be retired from the acting business. The truth is that Moranis opted to play only smaller roles after the 2000s, mostly lending his voice for animated projects. After his wife, Ann Belsky, passed away in 1997, the actor decided to focus most of his time on his two children.

After more than 20 years away from acting, Moranis is finally set to return to his iconic role as Wayne Szalinski in a sequel to Honey, I Shrunk the Kids simply titled Shrunk.

Considering how popular the Police Academy flicks were throughout the 80s and early 90s, it’s astounding to see how Steve Guttenberg — who plays Carey Mahoney in these films — disappeared from the face of the Earth towards the franchise’s end. He wasn’t even included in the last three films, being unceremoniously retired in favour of a new character called Nick Lassard.

Guttenberg has appeared sporadically in some comedy films throughout the years. In 2020, he confirmed to the late comedian Norm Macdonald that an eighth Police Academy was already in the works, with Guttenberg reprising his role as Mahoney.

Hardly anyone has embodied the outlandish fashion and the larger-than-life personalities of the 80s better than B. A. Baracus himself, Mr. T. Born Laurence Tureaud, Mr. T had a prolific career as a wrestler before his breakthrough role as Clubber Lang in Rocky III.

In 1995, Mr. T saw himself entwined in a fearsome battle against cancer. Coincidentally, his cancer was located in the T-cells, an eerie coincidence that the actor was quick to point out. Mr. T still enjoys a modest status as a cultural icon, mostly appearing on shows like Dancing with the Stars.

Mention Mr T today and you’ll still get a response. He is definitely one of the coolest 80s actors who disappeared.

Not only was Tony Danza an exceptional tap-dancer — but he was also a fearsome boxer, with a record of 9 wins, seven of which were by knockout. Still, seeing someone like Danza beating the lights out of anybody is a sight to behold, especially since most of his career seemed to be related to comedy in one way or another.

These days, Danza enjoys a more peaceful lifestyle. In 2010, he spent a year as a teacher in A&E’s Teach: Tony Danza, and he has also begun writing cookbooks with his son in his spare time. You can still see Danza return to his boxing roots in the Paramount animated film, Rumble, where he voices an elderly boxing coach named Siggy.

Can you name other 80s actors who disappared from Hollywood?