There’s a good movie in there somewhere.

A crime thriller directed by George Gallo, the writer of Bad Boys, and starring Morgan Freeman and Ruby Rose? On paper, Lionsgate’s Vanquish movie sounds like the real deal and the perfect Friday night entertainment.

Digging deeper into the story, it’s a heart-stopping premise.

Victoria (Rose) works for Damon (Freeman), a retired and former dirty cop. One fateful day, Damon kidnaps her daughter and forces her to do his bidding. Thankfully, Victoria’s past as a drug courier will aid her as she needs to take on violent gangsters in order to see her child once again. 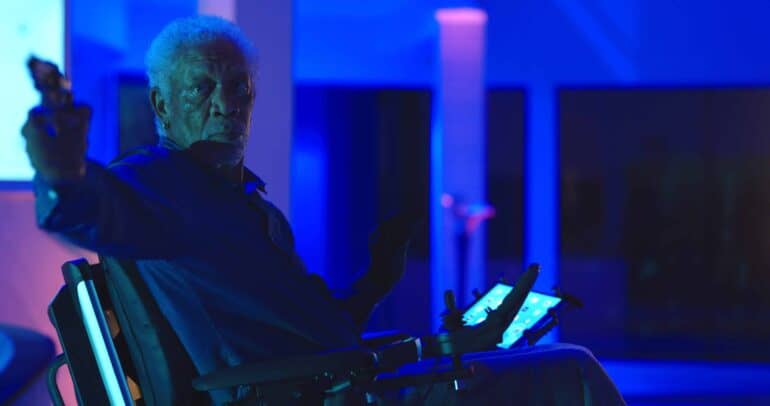 Without a shadow of a doubt, Morgan Freeman and Ruby Rose possess real chemistry in Vanquish.

The complicated dynamic of Victoria and Damon’s relationship plays out in an enthralling manner, as you keep wondering if they can ever overcome this traumatic event. That being said, the final twist—or reveal—is easily predictable due to some clumsy exposition in the first act, and this seems to be something of an overall trend here.

For all intents and purposes, Vanquish should be a hit for Lionsgate. Unfortunately, it’s badly let down in its basic technical execution. In fact, some of the filmmaking choices are downright puzzling to witness. 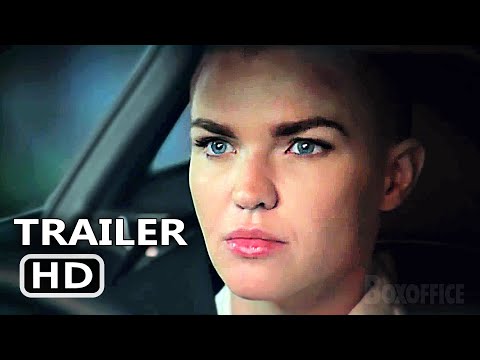 While levity is always necessary to ease tension in thrillers, Vanquish fails in its timing and delivery.

Frankly, some of the reactions and quips feel out of character or as if you’re watching a completely different movie. Sometimes, you’re not sure if this is meant to be a thriller, straight-up action film, or comedy. Tonally, it’s all over the place and trying to be too many things at once.

Then, there’s the bizarre editing. As a prime example: There’s a scene where Victoria hops onto a motorbike and hears Damon’s chilling warnings in her head as she rides to her destination. Not only does the layered montage feel incredibly outdated, but Damon’s voiceover is unnecessary too. Considering that these two characters had this exact conversation less than five minutes ago, it’s like you’re hitting the audience over the head with the same point.

Sadly, this is just one example of several instances of sloppy editing and unnecessary exposition. Vanquish feels loose and could’ve been rounded off better. Many scenes go on for too long, showing off a long stretch of nothing before finally getting to the point. And it harms the film’s pacing, because even if it’s only 96 minutes long, you do find yourself staring at the running time and wondering when it’ll get to the parts that mean something. 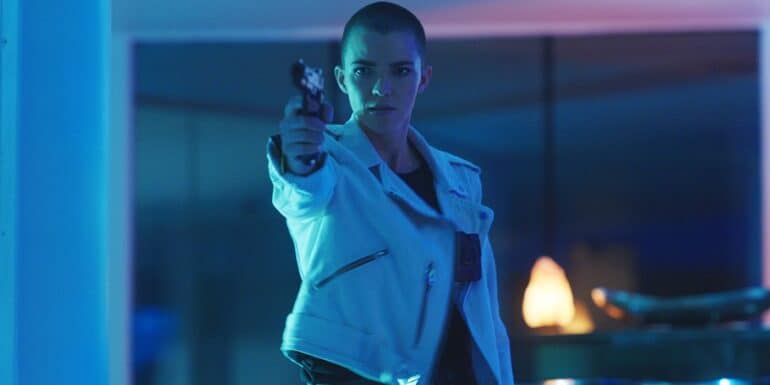 Like I said earlier, for a movie, Vanquish is an interesting proposition on paper.

Its story is promising and the chemistry between the leads is plain to see. There’s a good movie in there somewhere, but it’s far too disjointed to see in this cut of Vanquish.