The Highwayman Reboot: The World’s Coolest Truck Should Return 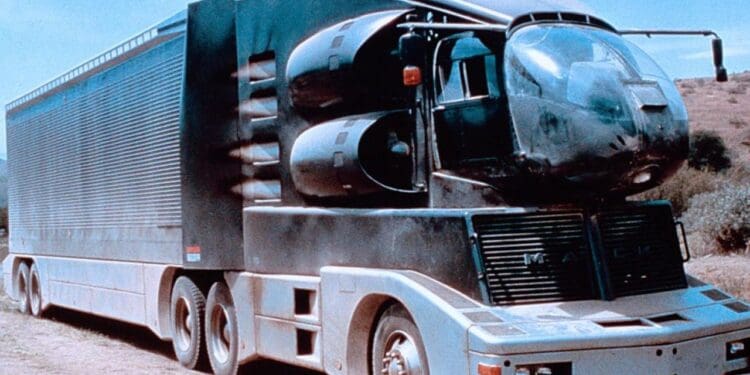 Criminally underrated, The Highwayman ran for just 10 episodes (including the pilot) between 1987 and 1988. This rad show centres around a group of lawmen known as the Highwaymen: a select assortment of individuals who are tasked with solving some of the most bizarre mysteries around.

It could be said that the show never really had a chance to shine in the tumultuous zeitgeist that were the 80s. However, its unique mixture of sci-fi and modern western elements makes it one of the most unique shows of its time.

Perhaps it’s time for a much-needed reboot, one that could make the original The Highwayman justice.

While we’re used to modern TV standards, it was a very different industry back in the 80s – It wasn’t rare to see shows with 20 episodes or more per season. The Highwayman, like most shows, began its life as a made-for-TV pilot: the pilot movie starred Sam J. Jones and aired on September 1987.

After its release, the movie was divided into two parts for the show and retitled “Terror on the Blacktop.” Due to the pilot’s success, the show began airing in March 1988 with the episode “Road Lord.”

Surprisingly, the show didn’t meet the desired ratings. This meant that the series didn’t get picked up for a second season, and to make things worse, The Highwayman was cancelled in the middle of its first season. Some other production concerns include how expensive every episode was to produce, and the fact that Sam Jones was already typecast as Flash Gordon didn’t help with the show’s popularity either. 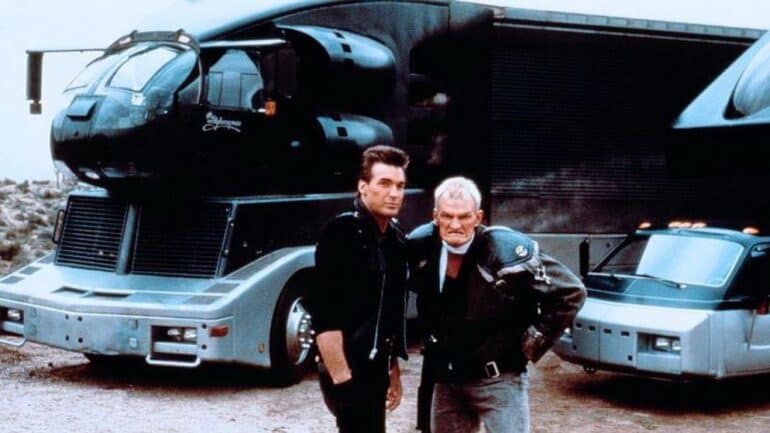 Sure, Sam Jones might have been one of the most familiar faces that audiences found when they watched The Highwayman for the first time. However, the star of the show was most certainly not Flash Gordon himself: it was the awesome futuristic truck that the Highwaymen drove.

This impressive juggernaut came equipped with a variety of cool gadgets that allow it to catch any criminal, and also evade the common police force, should the need arise. Among the many things that the truck could do was the ability to deploy a helicopter from its cabin, which makes this show stand out as a combination between Knight Rider and Airwolf.

Built by Jon Ward Motor Sports, the truck began its life as a 1980 Kenworth cab-over. The conversion cost around $287,000, which would explain why the studio had budget concerns with this show. 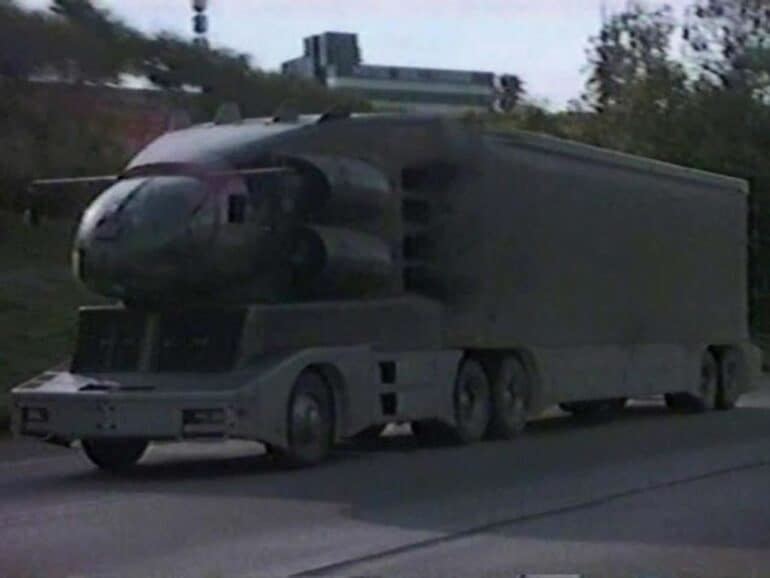 The possibilities for a The Highwayman reboot seem slim at best. The show was a product of its time, and it seems like interest in shows based on futuristic vehicles has dwindled over the years.

That said, considering the original show had some strong Mad Max vibes, it wouldn’t be a surprise if we end up getting some kind of revival for this show. Perhaps a new show would be too much to ask, but the entertainment potential of The Highwayman is undeniable.

Now that the 80s are back in vogue, it would be the perfect time to get a reboot. Maybe bring back Sam Jones in some capacity, just to establish a continuity with the original series. If Masters of the Universe and Top Gun are getting revivals, we might be closer to a The Highwayman reboot than we thought. Let’s just hope that the truck remains as awesome as it was in the 80s.

What do you think? Should The Highwayman truck return?