Home > Movies > Terminator: Dark Fate’s Sequel Should Be RoboCop Versus the Terminator

Terminator: Dark Fate’s Sequel Should Be RoboCop Versus the Terminator

It was an opening weekend to forget for Terminator: Dark Fate. Not even the return of James Cameron as producer and Linda Hamilton as Sarah Connor managed to generate enough interest in the film, as it struggled to reach $30 million at the U.S. box office.

Obviously, it’s early days and the worldwide box office could have a significant impact on potential sequels, but the less-than-lukewarm start must worry the decision-makers and put the franchise at something of a crossroads. While the previous films featured John Connor versus Skynet in some shape or form, Terminator: Dark Fate attempted something new and went down a different road. But it doesn’t seem like the audience was receptive to it, so what now?

RoboCop is experiencing something similar. While the first film still remains the franchise’s high point, the 2014 reboot, starring Joel Kinnaman as Alex Murphy/RoboCop and an all-star cast, tried to reignite the interest. Unfortunately, it didn’t have the desired impact it wanted.

In 2018 director Neill Blomkamp promised he was creating a spiritual sequel to Paul Verhoeven’s 1987 classic with RoboCop Returns—ignoring the events of the two sequels. Like fate conspired with the alternative universe where Blomkamp directed Alien 5, he departed the project this August—though it seems like the movie will be going on without Blomkamp.

With two machine-centric franchises hanging in the balance, it’s surprising that the studios haven’t looked to the past for the future. In 1992 writer Frank Miller, artist Walt Simonson and colourist Rachelle Menashe teamed up for the four-issue RoboCop Versus The Terminator comic book miniseries, published by Dark Horse Comics. 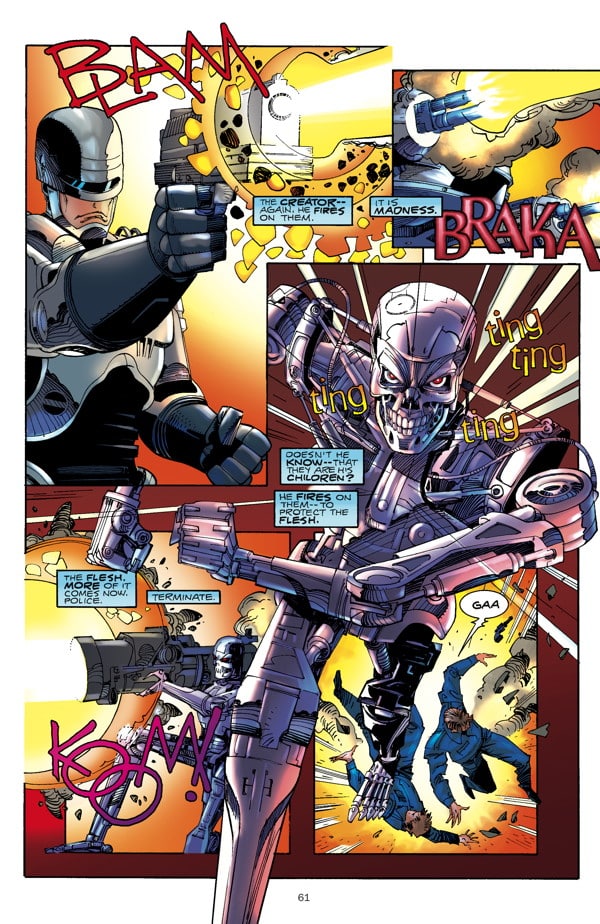 “Since the source material for both sides was movies that I really loved, I thought it could be quite an exciting story,” Miller told Comics Scene. “The first step for me really was coming up with a way to make the two characters cross that wouldn’t be forced; to bring the two mythologies together without simply having a Terminator come back, chase Sarah Connor through Detroit and run into RoboCop. There had to be a connection between the two, and that connection would obviously be the premise of the two characters: artificial intelligence.”

The story created a link between the RoboCop and Terminator universes, mentioning the technology used to create the part man, part machine law enforcer as the catalyst for the future development of Skynet, ergo the Terminators. While the Terminators fought hard to protect RoboCop in the beginning of the story, it eventually turned into a war as Murphy’s human side prompted him to prevent that timeline from happening.

While RoboCop Versus The Terminator didn’t exactly revolutionise the comic book industry or become a seminal book, it was an interesting angle that opened up a host of possibilities and crossovers across other mediums. It spawned a 1994 video game, which was released on SEGA Genesis, SNES, Game Gear and Game Boy, and there was another crossover in 2011 called Terminator/RoboCop: Kill Human.

With the audiences seemingly uninterested in RoboCop or Terminator, something needs to change for them to have any sort of future in cinema. A hypothetical RoboCop versus Terminator film doesn’t need to be big-budget or even a wide release—it could be something smaller and directed at long-time fans. Right now, both franchises don’t have much to lose. RoboCop 2014: Why It Deserves WAY More Respect and Love Than It Received 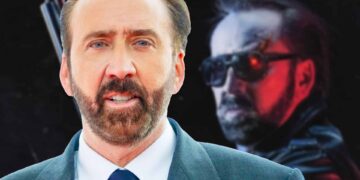 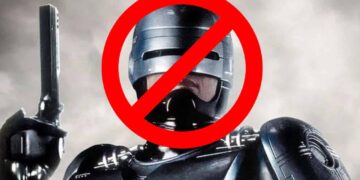 A RoboCop Prequel Without Robocop? 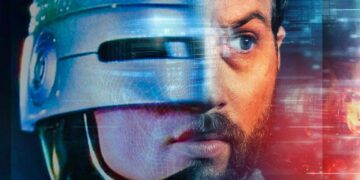