Over the years, the Teenage Mutant Ninja Turtles have crossovered into many different worlds. They’ve teamed up with Batman in Gotham City. They’ve fought alongside Transformers. They’ve even shown up in Archie comics and hunted ghosts with the Ghostbusters. In their latest crossover, the green pizza-loving gang are face-to-face with the Power Rangers.

The Mighty Morphin Power Rangers/Teenage Mutant Ninja Turtles comic book series, a five-issue limited series event from IDW, BOOM! and Nickelodeon which kicked off with the first issue in December 2019, has already delivered a number of surprising twists. In the second issue, it’s revealed that the Teenage Mutant Ninja Turtles nemesis Shredder has taken over from Tommy Oliver to become the Green Power Ranger. You read correctly, Oroku Saki now has the power to summon a Dragonzord using the famous green flute. 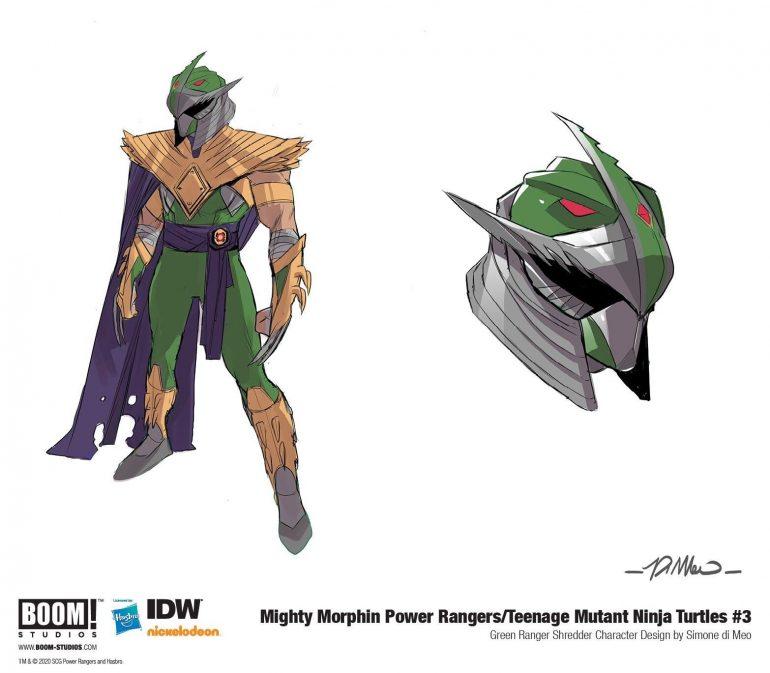 The miniseries begins with Tommy Oliver joining the Foot Clan and going head-to-head with the Turtles. Tommy’s idea of infiltrating the group and taking down Master Shredder backfires badly. Ultimately it results in him handing over the power of the Green Ranger.

Of course, the remaining Power Rangers team up with the Teenage Mutant Ninja Turtles to take on Rita Repulsa, Shredder and the Foot Clan. 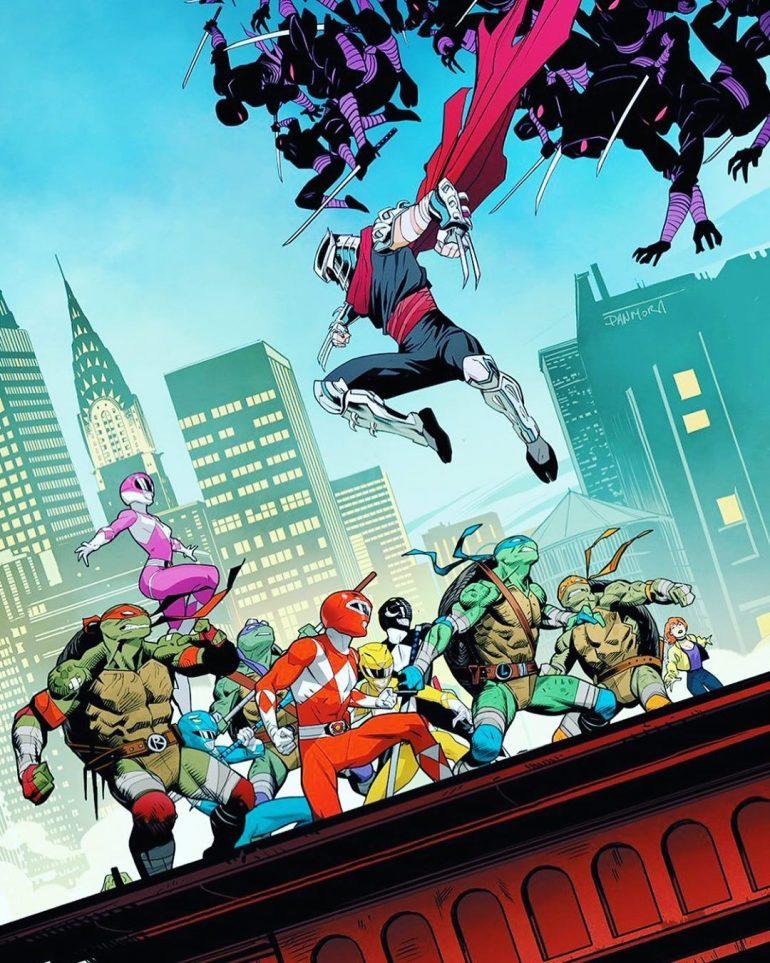 Written by Ryan Parrott, with art from Simone Di Meo, The Mighty Morphin Power Rangers/Teenage Mutant Ninja Turtles series is delivering on its promises to fans. The first two issues have already been great.