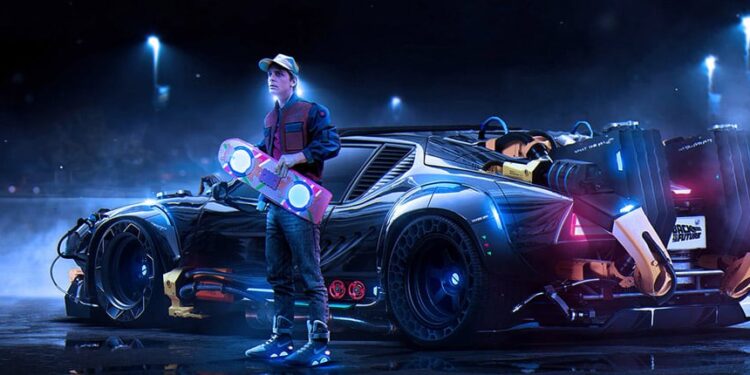 According to sci-fi future films, by the year 2015, we should have been surrounded by flying cars, been wearing automatically-adjusting clothing, seeing kids everywhere riding hoverboards, all of the lawyers should have been dead and Jaws 19 should be showing at the 3D cinemas everywhere.

Well, that’s if you believed the future as predicted in Back To The Future II.

As great as that sci-fi future film was, time has proven it to be a liar… although we’re getting there, slowly but surely. 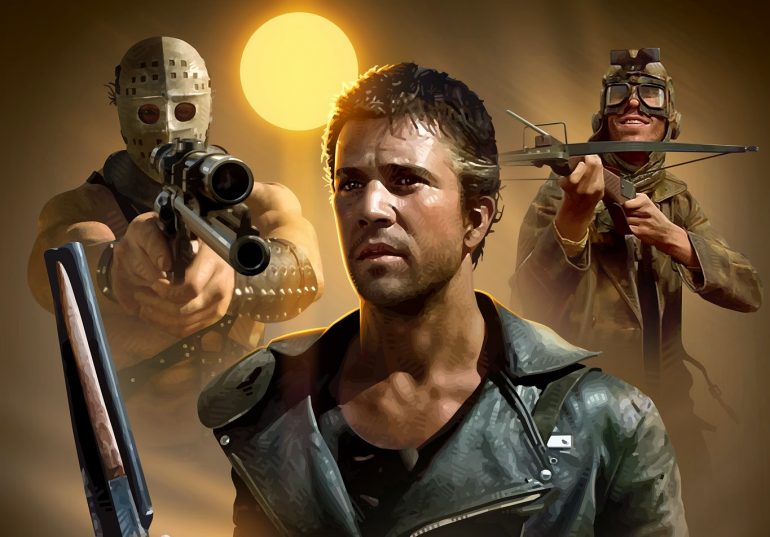 Sci-fi films can be brilliant, with dramatic stories, mind-blowing action and visions of the future which leap straight from the imagination. Unfortunately, time moves on and the futures presented in these movies get overtaken by real life.

It doesn’t diminish our enjoyment of the sci-fi films, but it does make us wince when we see how wrong their predictions were.

It’s a cult classic, and one of the few sequels which was better than the original film.

Imagine a post-apocalyptic world, after the Gulf War left the area devastated in just two days. With no fuel, the global economy collapsed almost instantly and the human race devolved into savage looters.

Enter Mel Gibson as Max (who’s a little bit mad), attempting to lead a petrol tanker convoy to safety across a desolate wasteland.

It’s a long drive to freedom as the convoy races down a seemingly never-ending road, being attacked by a gang of psychotic maniacs.

While there was indeed a Gulf War, it never led to the sort of road rage seen here. 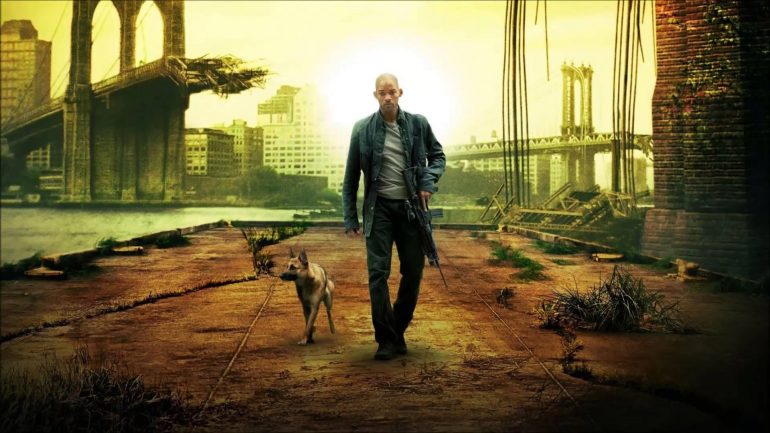 Just imagine, New York is a desolate wasteland inhabited by Will Smith, his dog, and a horde of vampire/zombie-people.

Apparently, that was how the future of… 2012… was. Didn’t anybody notice when it happened?

The real disappointment is that in this film there’s a billboard advertising a Batman/Superman crossover film which was supposed to have come out in 2010, along with a Teen Titans film and a Justice League movie.

Those were a bit optimistic, although they did correctly predict a Green Lantern movie in this film too, which was a problem all by itself. 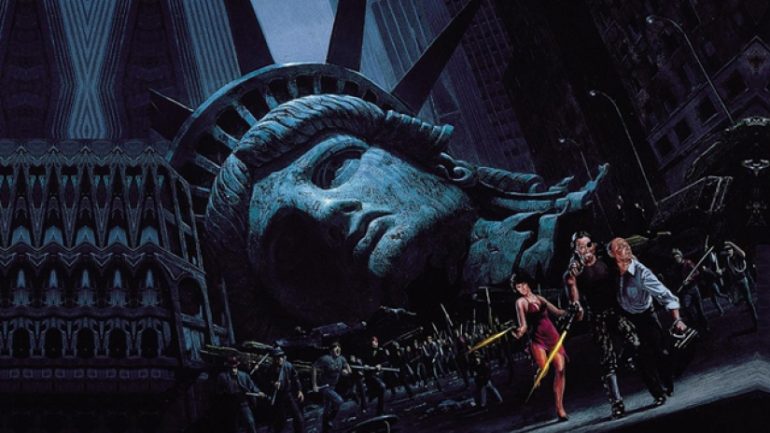 What is it with New York that it just seems to attract trouble? It seems like in the “futuristic” 1997 it was a giant prison.

Kurt Russell, being the biggest badass on the planet, has to enter this crazy city to rescue the completely unlikable President of the USA and a cassette tape (because in it didn’t exist, naturally).

Armed with a state-of-the-art GPS tracker and a machine gun, he faces a town over-run with the worst criminals in the country.

Many can argue that the only real difference between this New York and the real one in 1997 is that the 69th Street Bridge wasn’t covered in landmines, but that would be mean to the Big Apple. 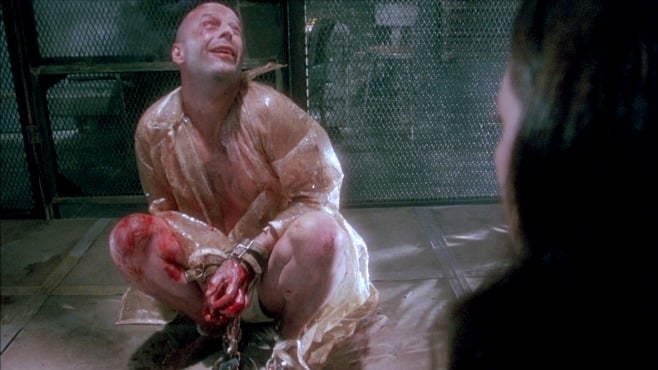 Thankfully, we don’t live in Bruce Willis’ future, where people are living in cages underground and have to wear giant body-condoms to avoid infection.

As a prisoner trying to earn his parole by finding out just went wrong in his past (and our future), he time-travels back to 1997… which was still the future when this film was made.

According to the sci-fi prophecies in this film, we all got wiped out by a virus. Also, escaped zoo animals are roaming the landscape thanks to Brad Pitt’s handiwork.

So, just in case you happened to be walking down the road in 1997 and came across a lion, you know who was to blame. 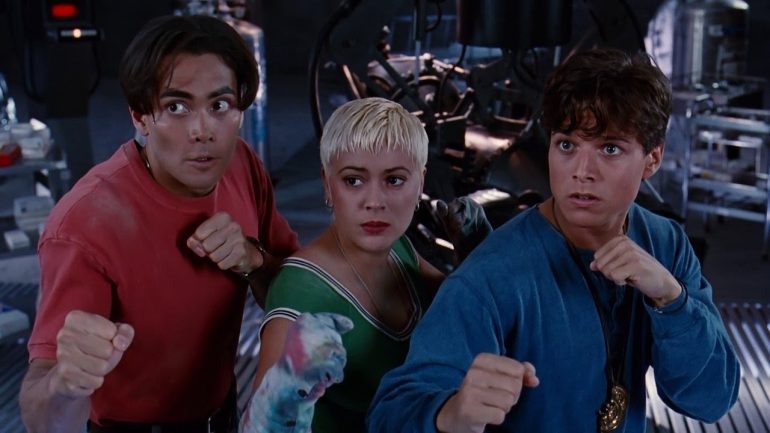 Cops control the city during daytime, gangs control it at night, and the weather forecast is brought to us by comedian Andy Dick. Oh geez.

Why on Earth any villain would even want to rule this place is beyond us, and why a sassy Alyssa Milano and her buddies would want to stop him is even more mystifying.

While this future may not have actually come true, we can rest easy knowing that if it did then we could rely on a pair of martial artist brothers to save us. 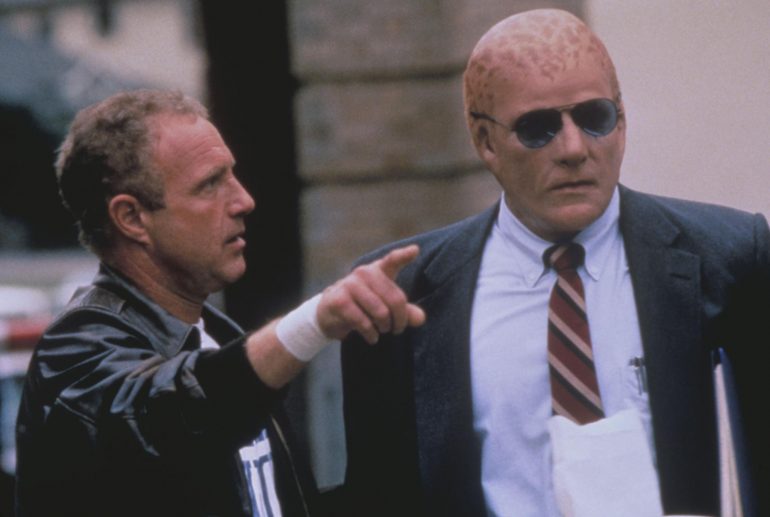 Seen by smarter, more clued-up sci-fi film fans as the original District 9, a spacecraft lands in the Mojave Desert in the far-flung future of… 1988. Seriously?

The alien travellers have to join the Los Angeles community, despite the massive immigration problems it causes.

By 1991 they’ve learned the language, taken jobs and live in the delightfully-named Slagtown. You’d think that this would have made the papers at the time, but strangely none of us ever heard anything about it.

Then again, since Los Angeles appears to be home to some of the biggest oddballs on the planet, maybe the locals wouldn’t even have noticed? It seems like Los Angeles is just like New York, and if any alien landings or disasters are going to occur then this is where they’ll most likely do it.

In the future of 1997 (Again! Wow, that was a busy year!), the iconic Predator decides to hit the town right in the middle of a three-way war on the streets between two rival gangs and the police.

The alien hunter makes light work of everyone who gets in his way, although this violent yet believable city perhaps wasn’t too far removed from reality.

While it was hardly an encouraging advertisement from the tourism board, at least it didn’t say L.A. was a post-apocalyptic wasteland, like so many other sci-fi future films.

Both a classic film and one which has helped more insomniacs get to sleep than The DaVinci Code, a lot was made of the claims at the time that everything in it could happen by the mystical year of 2001. Astonishingly, they were right.

Many of the things shown did indeed come to pass, from voiceprint recognition through to flat-screen TV sets.

However, there are others which make us wonder where we went wrong when the new millennium started, from lunar colonisation which never happened to artificial intelligence so advanced that it just wanted to kill us.

Actually, based on that alone we should count ourselves lucky and we don’t want to give our Alexas any bad ideas. 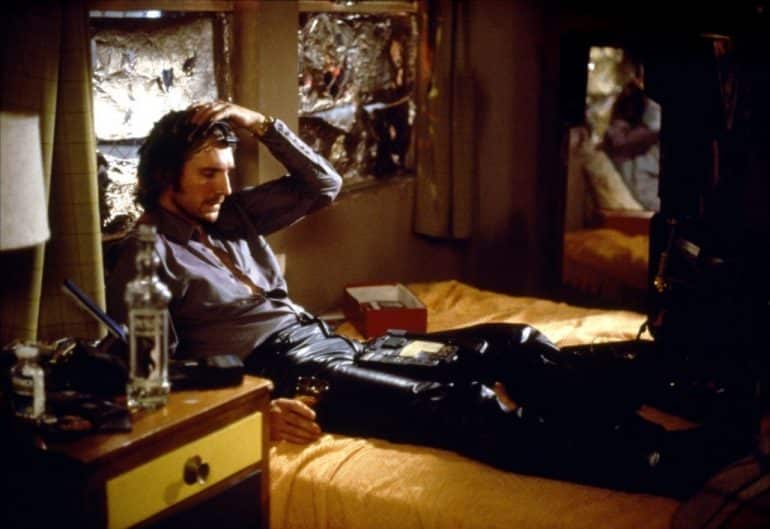 It seems like Los Angeles just can’t catch a break in sci-fi films.

This time it’s the wild future of 1999, and memories are being recorded in the cerebral cortex, then downloaded and viewed like regular movies.

Riot police are all around, the people are disenfranchised and ready to rebel against the system, and Ralph Fiennes wears Armani. So they did get some things right.

Given the way reality TV dominates the airwaves these days though, allowing us all the chance to become voyeurs, other aspects of this film aren’t that hard to imagine either, and downloading movies has become a part of daily society.

But in terms of accuracy, this proved more miss than hit. 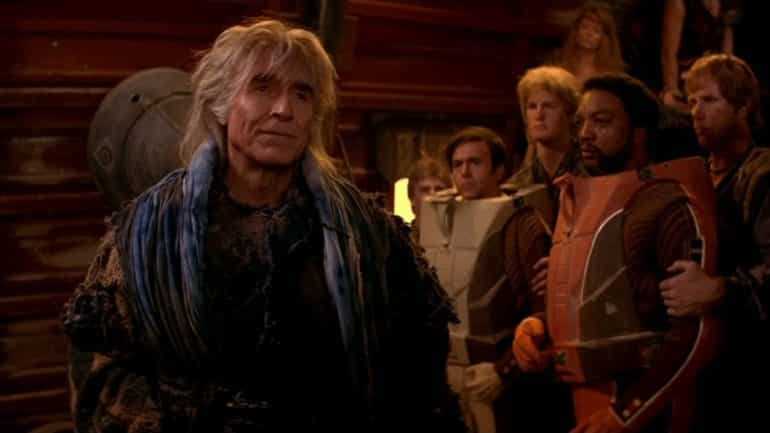 What, you may ask, is this doing here? It’s set in the year 2286, very much a future that we haven’t reached yet, and Star Trek got so many things right and inspired so much technology, from mobile phones and iPads to mp3s and translator software.

All of that may be true, but before the days of Cumberbatch, the original Khan and his followers were genetically-engineered survivors of the Eugenics Wars which happened between… 1992 and 1996?

This series of wars wiped out millions in the US and around the world.

Does anybody remember that happening for real back then?

In the real world, the only genetic experimentation happening in 1996 was Dolly the Sheep.

Unless the dates got mixed up and Khan was really a cloned sheep trying to conquer the planet, it simply didn’t happen.

Can you think of other inaccurate sci-fi film futures? Let us know in the comments.