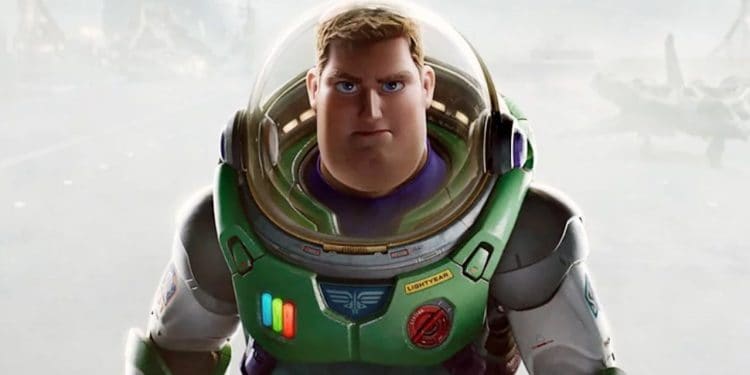 Toy Story is a beloved franchise that has transcended generations. That said, did anyone ask for a film about Buzz Lightyear? After all, he had his own animated show in the form of Buzz Lightyear of Star Command, so what would be the purpose of Pixar’s Lightyear beyond it being a cash grab and riding the coats of Toy Story?

Where does Lightyear fit in canon?

Lightyear is considered the origin story for Buzz, taking place before the events of the first Toy Story film. In the opening credits, it even states this is the film Andy watched that made him fall in love with the character.

It’s a predictable premise as we encounter Buzz as a test pilot who has landed on a planet and needs to find a way back home. However, it also shows how single-minded he can be, as everyone else tries to make the best of the situation and carry on with life, but he only has one goal: to get back home.

Looking back at the original Toy Story and now at Lightyear, the innovations that the animation team at Pixar have made are simply extraordinary. From the sweeping and endless backgrounds of the planets to the quirky and imaginative creatures, Lightyear is a marvel to behold. The moment when Buzz hits the hypersonic speed in his spaceship and the kaleidoscope of colours fills the screen is a wonderful reminder of how cinema is still well and truly alive. This isn’t only a kids’ movie, since it has the type of visuals that will appeal to lovers of sci-fi and space.

Chris Evans turns in a nuanced performance as Buzz, showing that he’s more than an adequate replacement for the previous voice actor, Tim Allen. He proves that he understands the different layers of the character, easily shifting from Buzz’s typical know-it-all stubbornness to his gentler, caring side. However, the true stars of Lightyear are Sox the robotic cat and Mo Morrison.

Sox, voiced by Peter Sohn, is not only cute and funny, but also the heart of the story. The cat is Buzz’s companion and never leaves his side. While Sox was programmed to do this in the first place, there is always an inkling that the robotic cat could be more sentient than anyone realises. Additionally, Mo, played by Taiki Waititi, is part comedic relief and part the audience’s eyes. He openly admits that he only signed up since he thought it would be like an exercise class and never knew what he was getting himself into. Waititi’s impeccable comedic timing comes through in every line, reminding audiences of just how terrific he was as Korg in Thor: Ragnarok.

Lightyear might not have been needed, but it successfully justifies its presence as part of the Toy Story universe. As with all the other entries in the series, it’s a story about the passing of time and appreciating the special moments afforded to us. You’ll laugh, you’ll cry, and you’ll cheer as Buzz discovers his purpose is not to travel to infinity and beyond—but to find others that will join him on the journey.