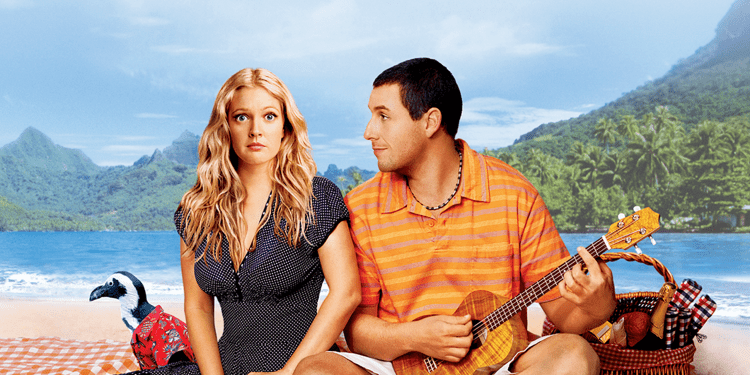 Adam Sandler loves vacations. Just about half of his filmography is made up of films that are set in exotic tourist locations. It’s a genius model because, ultimately, we’re the ones paying for it.

In the early days of his film career, Adam Sandler was undoubtedly one of the most talented comedians in the entertainment business by a long mile. Films like Happy Gilmore and The Wedding Singer can be considered comedy gold by almost anyone. Even if his humour was not to everybody’s tastes, we know that comedy is subjective. Here’s the thing, though: most of his recent movies are objectively terrible.

Even if Sandler is not the comedian he used to be, he’s still a skilled businessman. It takes some serious talent to keep an empire like Happy Madison Productions afloat, and that’s where Sandler’s knacks truly shine.

That said, have you noticed how many of Adam Sandler’s movies involve him and his friends just having a relaxing time away from responsibilities? Even his animated features, like Hotel Transylvania 3: Summer Vacation involve holidays in some way or another. Beyond the evident nepotism, Happy Madison has acted as Sandler’s personal travel agency for quite a while now.

Don’t believe us? Here’s a list of times you (inadvertently) paid for Adam Sandler and his pals’ vacations.

The most recent example of Sandler using films as an excuse to enjoy some away time from Los Angeles comes with Netflix’s Murder Mystery. The movie centres around the troubled marriage between New York Police Officer Nick Spitz (Sandler) and his wife Audrey (Jennifer Aniston.)

Though it might seem like Murder Mystery is just going to be another run-of-the-mill rom-com filmed in New York City, the movie soon shows its true colours once the couple decides to embark on a trip to some of the most luxurious locations in Europe, including a private party aboard a yacht and a quick tour at the Monaco Grand Prix.

Some other lavish locations in Murder Mystery include Lake Como and a trip aboard the Orient Express. A sequel is set to be released this year, and it will no doubt feature Sandler and Aniston visiting yet more exotic locales with a shallow plot as the excuse to tie the holiday together; that’s the perfect life for any actor right there.

Part of Sandler’s Netflix deal, 2016’s The Do-Over is an even more egregious instance of the actor using films as vacations. This time, he shares the screen with one of his long-time buddies, the comedian David Spade.

The movie has Sandler and Spade as two guys who fake their deaths to start life over in sunny Puerto Rico. The plot thickens once they become involved in a pharmaceutical conspiracy to steal a cure-all cancer treatment that could save Sandler’s character life. All in all, a pretty tame action-comedy that’s lacking in both the action and the laughs.

What truly shines here, though, is how obvious it was that Sandler chose Puerto Rico for its beaches and beautiful vistas. The duo could have moved to, say, Anchorage, Alaska, if all they wanted was to fake their deaths, but Sandler needed his fun in the sun for the summer, and thanks to Netflix, he got it.

Many critics and film buffs consider Jack and Jill not just the worst Adam Sandler film, but also one of the worst movies ever made. The bland story and cheap jokes are almost laughably bad, but laughing with Jack and Jill is something that no mere human could achieve.

Halfway through the “experience” that is Jack and Jill, the main characters decide that they deserve a little tropical vacation – and what better place for that than the Allure of the Seas. That’s right: at some point, the movie becomes a long advertisement for the Royal Caribbean Cruise Line, and your film ticket paid for that. And all you got out of it was getting to see Adam Sandler in drag. The man is a marketing genius.

Just Go With It

A remake of the 1969 comedy Cactus Flower, Just Go With It has Sandler acting as a womanizing plastic surgeon who hires his assistant (Jennifer Aniston, again) to pretend to be his ex-wife while he goes on a vacation to Hawaii with his new girlfriend.

As if it wasn’t already quite obvious that the movie is mostly an excuse for Sandler to spend some days in Hawaii, the producers at least had the foresight to change the flick’s title before its release. Its original name? “Holiday in Hawaii.” Seriously.

Grown Ups (And Its Sequel)

Grown Ups and Grown Ups 2 puts Sandler’s favouritism on full display. Both movies feature each and every one of Sandler’s comedian friends in lead roles, as the group just relaxes in a lake house. While the second film is a bit tamer when it comes to its egregious vacation themes, the first Grown Ups is one of the most blatant cases of Sandler’s tendency to disguise his holidays as movies.

Released in 2010, Grown Ups has Sandler and the gang spending the Fourth of July in a lake house in Massachusetts. At the very least, there’s some character progression – just enough to be able to technically call Grown Ups a movie, at least.

I Now Pronounce You Chuck & Larry

Even in 2007, when the movie was released, Chuck & Larry was already considered more than a bit insensitive towards the homosexual community. Stereotypes and caricatures abound in what could only be described as one of Sandler’s most baffling career decisions in his long – and often questionable – career.

Most of the film takes place in New York City, where the titular Chuck and Larry (Kevin James) work as firemen that have to pretend to be a gay couple so their kids get better healthcare. Since the movie was released in 2007, and same-sex marriage was still in its early days of acceptance, the pair has to get married in Niagara Falls, Ontario. You see where this is coming: Sandler just got himself a Canadian holiday, and he got it by making a movie as abhorrent as Chuck & Larry.

This is a curious case on our list. Deuce Bigalow: European Gigolo doesn’t star Adam Sandler – even though he still has a cameo – but rather Rob Schneider: one of Sandler’s closest friends.

Still, European Gigolo has the titular Deuce Bigalow on an exotic European vacation. The tour includes beautiful vistas of Spain and the Netherlands, including a quick trip through Amsterdam. Even though Sandler isn’t a lead actor in this one, his company, Happy Madison, produced both Deuce Bigalow films.

One of Happy Madison’s earliest and most successful productions, 50 First Dates manages to be surprisingly touching at times – when it’s not too busy with Sandler’s trademark gross-out humour.

Even if it’s one of Sandler’s most heartwarming comedies, 50 First Dates still takes place in the tropical lands of Hawaii. In fact, this could be the earliest example of Happy Madison – and therefore Adam Sandler – using part of the production money to fund a nice vacation for everyone involved in the project. Unlike Jack & Jill, however, 50 First Dates is actually a watchable comedy flick.

By the way, remember earlier when we mentioned Alaska in the entry about The Do-Over? Well, according to IMDb, Sandler and the crew did film the final scene of 50 First Dates at Blackstone Bay, Alaska – so he also got a winter vacation out of this otherwise tropical film. Pure genius!

Drew Barrymore joined Adam Sandler on another vacation movie in 2014. Blended was filmed at Sun City resort in South Africa. 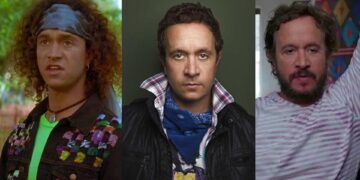 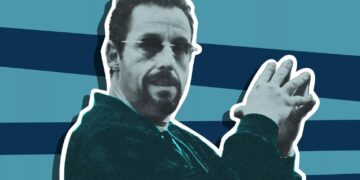 The Killing Joke: Adam Sandler Is the Best Actor of 2019