Home > Movies > A Look Back At Escape From New York

A Look Back At Escape From New York 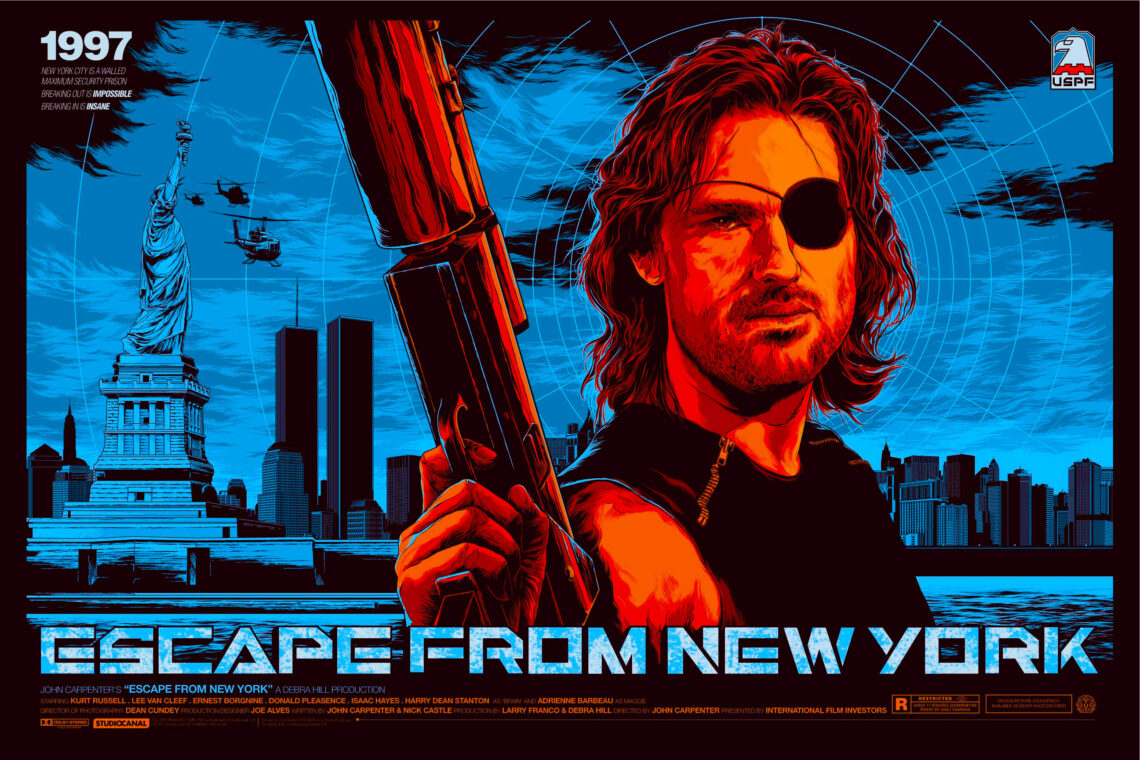 When I was a kid and the revolution wasn’t just televised but on videotapes too, this was one of my favourite movies. Every time my parents would go to the video store, they said I could choose one for myself. Ignoring the Care Bears, instead I’d usually choose Escape From New York. The cover alone is one of the most instantly recognisable in film history, with the decapitated head of the Statue of Liberty lying in a New York street and our heroes scrambling to get away from an army of bad guys. It’s a beautiful image and I loved the movie, so going into this I’ve got to confess to being a bad critic and having some serious bias. 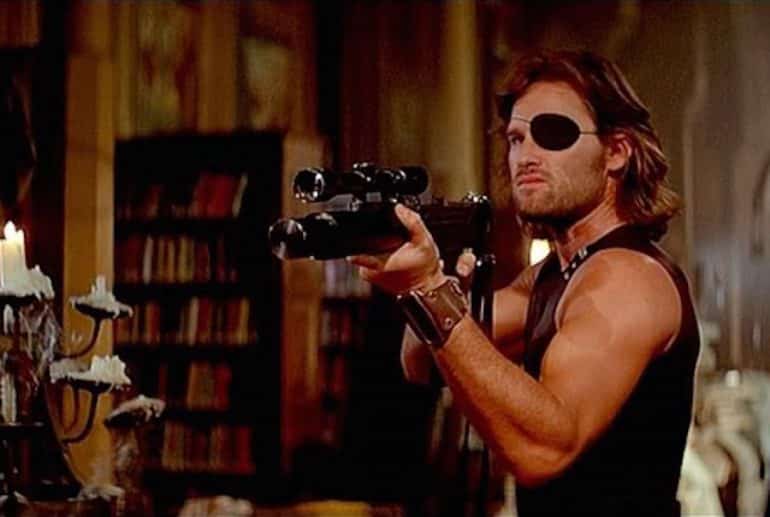 The year is 1997, and New York is a maximum-security prison which doesn’t need bars or guards. The criminals are left to their own devices. Any escape from the island, which is surrounded by high walls and mined areas, is pretty much impossible. But the USA still has enemies, and Air Force One gets hijacked by terrorists. The President, ever the figure of bravery, ejects from the plane and escapes… only to land in this inescapable prison. The government needs someone to go in quietly and rescue him, and that man is the legendary Snake Plissken.

Plissken’s a former special forces soldier who’s turned to crime in this new semi-fascist world. He’s just been captured by the authorities, but they cut a deal with him: If he can rescue the President, he gets a pardon for his crimes. Unfortunately, he’s only got 24 hours to do it because the President’s supposed to present an important speech at a world summit and time is ticking. As an extra incentive, Plissken is injected with microscopic explosives that will kill him if he fails. He’s given some guns and basic equipment, and that’s when the fun begins. 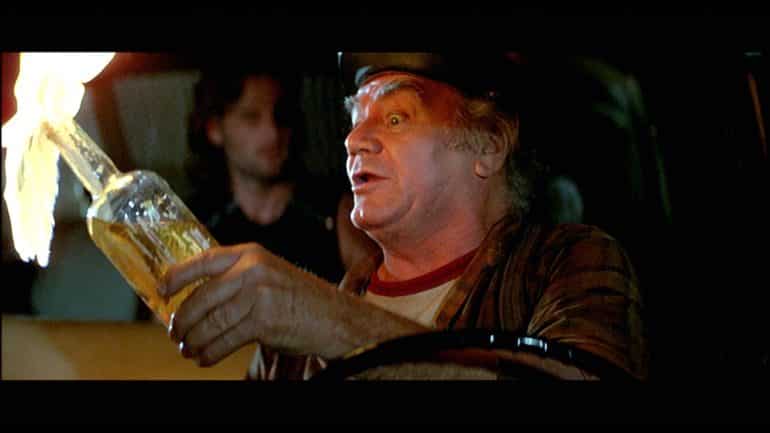 The signal he’s supposed to be tracking down turns out to be a false lead, every alliance he makes to further his quest is a tenuous one, and it turns out that the criminals are far more organised than anyone imagined. Trying to rescue his target from the gang leader known as the Duke Of New York is almost impossible, getting out of the city is even harder, and he’s got to figure a way out before his countdown hits zero…

John Carpenter makes good films. Wait, scratch that. John Carpenter makes great films. In fact, I’d say he’s probably the most underrated director of all time. Meanwhile, Escape From New York helped to establish Kurt Russell as an action movie star, and the character of Snake Plissken became an anti-hero icon. It’s no wonder Russell was cast as Star-Lord’s dad in Guardians of the Galaxy vol. 2.

Meanwhile, the film’s basic plot seems to have been copied by Suicide Squad… except it’s good, and Snake is one of the best anti-heroes ever on screen. He couldn’t care less if anyone – including the audience – likes him. The film also helped shape survival computer games in general, Plissken inspired Solid Snake in the Metal Gear games, and even the poster was a large influence on the film Cloverfield.

But does Escape From New York still hold up? Honestly? It’s a mixed bag. It’s a great exercise in lower-budget filmmaking. The effects were smart in their day, but these days any kid could make something better on a laptop over coffee. The story is almost too simple, the action isn’t all that action-packed, and yes… it looks dated. Despite all of these flaws, it’s still a good film. There are some great tongue-in-cheek digs at politics, New York and fascism in general. It’s well acted, too. Plissken is one part Dirty Harry, one part Judge Dredd, and Russell plays it to the hilt. He’s the rogue who doesn’t give a damn if he’s lovable or not.

I have a soft spot for Escape From New York and always will. I’m probably not alone on that either. Time may not have been kind to it, yet it’s still good enough that it holds up. It won’t wow the current generation of film-goers who have been raised on Michael Bay explosions, due to its steady pace and lack of high-adrenaline moments. However, for cult movie fans and those of an older generation, Escape From New York still packs enough of a punch to be worth watching.