Darkseid vs. Thanos – Who Would Win?

And why should we care?

Darkseid vs. Thanos. For some reason, this has been a big thing online lately, and the answer is…

The winner would be Darkseid.

How Tony Stark Could Return As Iron Man In The MCU

Of course, the result of a fight between Darkseid and Thanos isn’t definite.

There are lots of factors to take in, like for instance exactly which version of the characters we’re talking about, their abilities at the time (for instance if Darkseid was using the Anti-Life Equation and his mighty Omega beam blasts, and if Thanos has the Infinity Stones), how the event or story was told, by whom… and a whole lot more.

But pound for pound, Darkseid would most likely win out. It wouldn’t be an easy fight, by any means… after all, we’re talking about two of the biggest heavy hitters out there. Thanos once knocked Galactus for a loop. Meanwhile, Darkseid has been so powerful that he could physically drag the multiverse itself into oblivion and could practically juggle planets. At the end of the day though, it probably would go to Darkseid.

Now, if the fight were a pie-eating contest or a karaoke competition, the result might be different. For the record, Darkseid sings karaoke like Tom Jones… and yes, that’s really been shown in the comics.

The statement about the pie-eating and karaoke may sound like a juvenile, throwaway statement, but it isn’t. The question alone of “who would win” is vague and the matter of “who would win IN A FIGHT” is understandably debatable. For all their power and all their stunning victories, they’ve also both suffered some spectacularly embarrassing losses. They’ve had their asses kicked by some of the most underrated and surprising characters out there. Sometimes those incidents might have been meant as a joke, but other times they’ve been completely valid. For example…

In the case of Thanos, he was notoriously beaten by Squirrel Girl. Not the combined might of the whole Marvel comics or cinematic universe with Squirrel Girl. No. Just Squirrel Girl – who has the amazing abilities of both a squirrel and a girl. Well, she doesn’t have the reputation of being “unbeatable” for nothing and all credit to her. Thanos was also beaten by Deadpool once, too. You know him, the merc with a mouth, two swords and a gun. And let’s not forget that time when Thanos was soundly defeated by the overwhelming team-up of Spider-Man, Hellcat… and a little kid with no powers who basically did all the work for the heroes.

Since that particular tale also featured Thanos flying around in his cringe-worthy ThanosCopter, and saw him being dragged off to prison in handcuffs by regular New York beat cops like he’s a common shoplifter… well, suddenly he doesn’t look all that tough to beat. Definitely not his finest hour.

As for Darkseid, fans may know him as DC’s powerhouse villain but they’re also used to seeing him get pounded on by the likes of Superman pretty regularly. But how about that time when Batman simply… shot him? Or the time when the mighty mite known as the Atom shrank down, literally got inside Darkseid’s head and destroyed his brain from the inside? How about Doomsday beating seven colours of snot out of him? If those heroes are too high-profile for you, maybe check out the time when he was stripped of his power and beaten up by a simple gang of alleyway muggers.

Oh, and Ambush Bug defeated him too in a fight that lasted mere seconds. Fair enough, technically Darkseid, in that case, turned out to be an inflatable doll of the ruler of Apokolips, but a win is a win even if it’s tongue-in-cheek… and the real Darkseid did hang out with him later. Or maybe go back and watch the finale of the Justice league Unlimited cartoon, in which he’s ultimately stopped by the business suit-wearing Lex Luthor, who simply out-smarts him. Likewise, back in comics, Mister Miracle’s sidekick Oberon once achieved what the Justice League couldn’t by stopping Darkseid just by chatting with him.

So much for them being cosmic bad-asses. And that’s the point. It doesn’t matter how tough they are, they’re only as powerful as the plot demands them to be at the time.

The debate about who would win, Thanos or Darkseid, is a modern-day playground discussion. As kids, many of us have engaged in “Who would win?” scenarios of our favourite characters, arguing who’s the best superhero or supervillain, and who would win in fights. Questions like “Who’s faster – Flash or Superman?” and “Who’s stronger, Thor or the Hulk?” would keep us going for days.

And, for the record, traditionally the Flash is faster on foot; he’s the fastest man alive, after all… except for whatever speedster villain he’s usually struggling to catch during any given week.

These “Who would win?” arguments aren’t just all about comic books either, with some topics seemingly ridiculous to those who don’t care about them. Like whether the USS Enterprise of the Millennium Falcon is the better ship, for instance. It can sound silly to an outsider, but, to those who are fans, it can mean a great deal.

Discussions like this are what fans do, regardless of what their interests are… or their age. Debates like this aren’t just for kids. Sports fans argue the merits of teams and athletes of yesteryear, and what the outcome would be if they were ever to square off in some hypothetical clash. Would Rocky Marciano have beaten Mike Tyson or Muhammad Ali? Could Brazil’s 1970 world Cup-winning team have beaten their 2002 counterparts? Sports fans of all ages debate these questions all the time.

The joy, however, is that with comic books being a fictional medium, there’s always the possibility that fan speculation can be answered at some point in an actual crossover. Just as movies have had match-ups like King Kong vs. Godzilla, Alien vs. Predator and Freddy Krueger vs. Jason Vorhees, there have also been crossover comic books. DC, Marvel and other companies have occasionally allowed their characters to interact or fight at times. But like with movies, many of the battles have had to result in some kind of disappointing ultimate stalemate by the end of them.

However, the true entertainment gained from them isn’t from seeing an actual winner, because deep down that isn’t really what most fans want at the end of the day; to receive a definitive answer about who’s best or who would win would mean the speculation ends – and no fan wants that, even if it proves their theory correct. Instead, any actual enjoyment there is from seeing the crossover exist in the first place, not the resolution of it.

So why should we care about whether Darkseid or Thanos would win?

After all, some would say, it’s nothing more than wild speculation, a juvenile argument with no actual answer that’s spilled from the playground on to the internet; some people are taking it too seriously while others point and laugh at how silly it seems to them. But it’s always worth remembering that we’re all fans of something, and it’s fun to play What If? sometimes.

Personally, I know who I believe should win in a fight between Darkseid and Thanos. That doesn’t make them better or the best though, because I also know that in any given story they could just as easily be beaten by a girl and her squirrels, a kid on a skateboard or a Schwab with antennae on his head. Still, it’s always good to imagine the possibilities…

Telltale Games Is Being Relaunched Under New Ownership 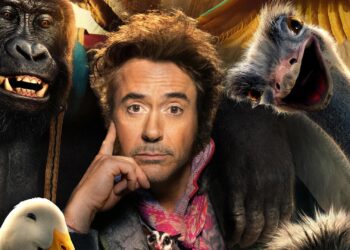