Home > Movies > Could the Alien Xenomorph be a Disney Princess? 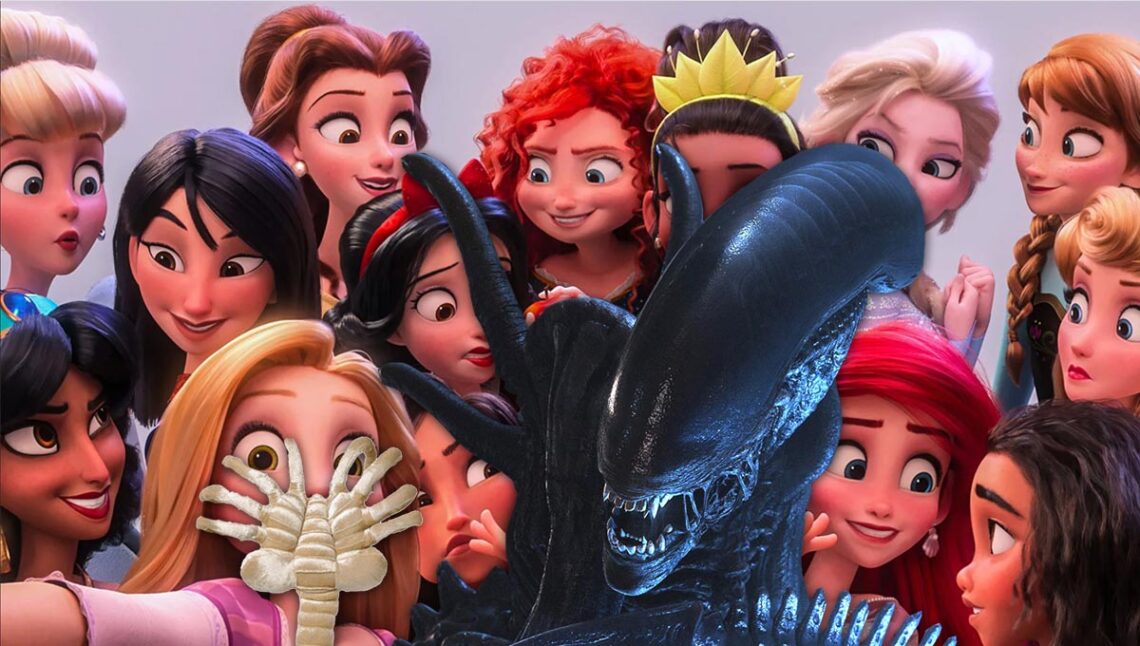 Could the most terrifying alien in the galaxy, the Xenomorph, be considered a Disney Princess? As unlikely as it sounds, it’s a possibility… sort of.

Ever since the acquisition of 21st Century Fox by the Walt Disney Company, many of its properties have been integrated in to the House of Mouse’s ever-expanding media empire. The Simpsons and the National Geographic channel appeared instantly on the Disney+ TV streaming service, joined by former Fox-licenced Marvel superhero films and shows featuring the X-Men and Fantastic Four franchises. Meanwhile, others like Die Hard, Avatar, Planet of the Apes and Deadpool are waiting in the wings to be more openly accepted in to the Disney fold. 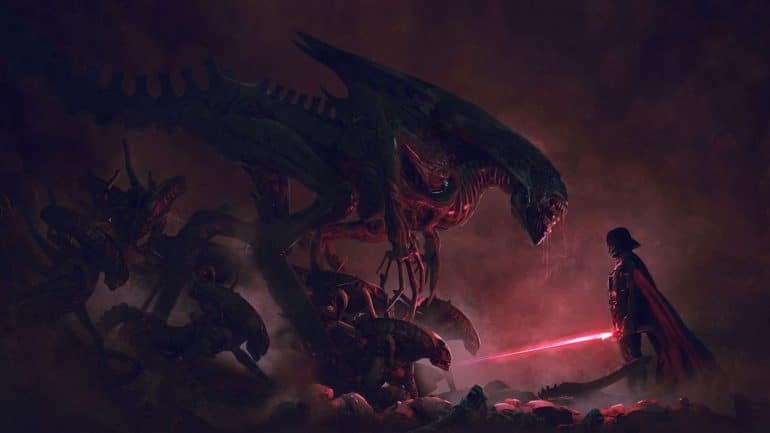 And then there are the Alien movies, which are a property of Twentieth Century Studios… in other words, Disney. Ridley Scott’s 1979 sci-fi horror film is a classic, and has spawned its own mini-empire of sequels, games, toys, novels, comic books and more. It also became a cornerstone of a shared sci-fi crossover universe, where the nightmarish Alien Xenomorphs battled the galaxy’s most fearsome hunters: the Predators. But technically, now that Disney owns the Alien franchise, the Xenomorph could just as easily go into battle against Goofy, Buzz Lightyear, or even Tron.

But if it did, there’s a fair argument to be made for including the so-called “perfect organism” – a killing biological weapon “unclouded by conscience, remorse, or delusions of morality” – amongst the existing Disney Princesses. After all, the species is spawned by a Queen. However, it wouldn’t be the familiar Xenomorph which would be considered a “Princess”, since the classic Alien is considered a genderless or hermaphroditic drone; instead, the “Princess” of the Xenomorph XX121 species would be the parasitoid “Facehugger” stage of the creature. 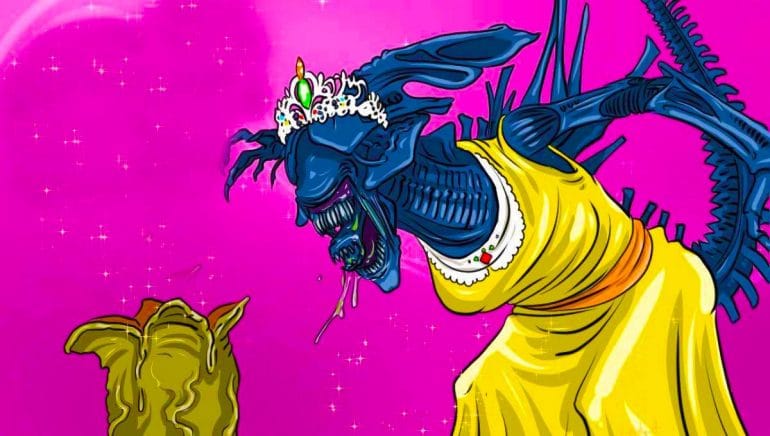 The Alien Xenomorph has one of the most fascinating life cycles of any creature in science fiction. At the head of the eusocial, insect-like colony exists the Queen, which lays eggs that hatch when another creature is nearby.

From the egg comes the Facehugger, the first truly active incarnation of the Xenomorph, children who latch themselves on to the face of other creatures and ram their ovipositors down the victims’ throats, laying an embryo in their stomach. That embryo, in turn, gestates and bursts from the victim’s chest, which then grows and becomes the terrifying Xenomorph killing machine that fans are mainly familiar with. This final stage, the drone, exists only to survive and to serve the Queen.

The lifespan of the Facehugger itself is limited. A vicious and cunning creature, it dies shortly after “impregnating” its victim… a tragic ending to the short-lived life of an uncrowned Disney Princess if ever there was one. But then, what Disney Princess wouldn’t sacrifice themself for the greater good? Will the Xenomorph Facehugger ever become acknowledged as an actual Disney Princess? It’s highly unlikely, given the circumstances of the creature’s existence and the gory sci-fi horror tales that they exist in.

However, that doesn’t mean that fans can’t still cling on to the hope. After all, if DuckTales can feature homages to Ash and the Evil Dead, anything is possible these days. And while it may not seem like it, Disney is fully aware of the value of Alien and the popularity it still maintains with its fans; there’s constant chatter about Disney looking to reboot the franchise and of new films being made, while their Marvel Entertainment branch has recently announced that it will be publishing new Alien comics in 2021.

It may not have a future as a Disney Princess, but it looks like the Xenomorph can do at Disney what it always manages to in even the most hostile of environments: survive.