Batman Sons and Daughters: Is Bruce Wayne A Good Father?

Should Bruce Wayne really be a parent? 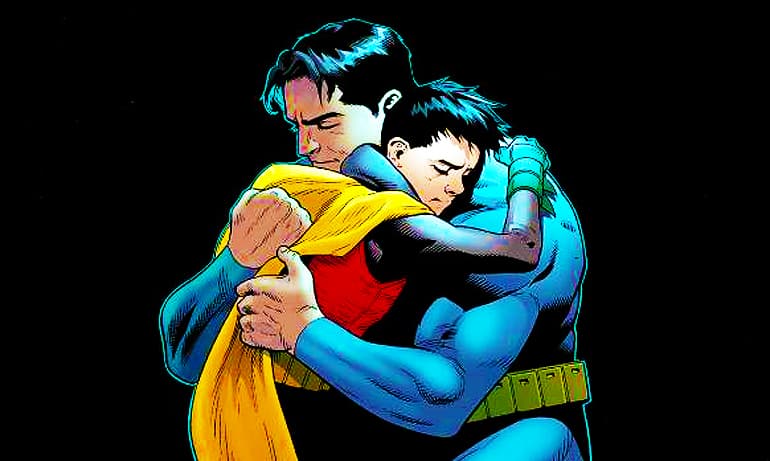 Who are Batman’s sons and daughters? How many children does Bruce Wayne have? Is Damian Wayne Batman’s only child? Is the Dark Knight a good father?

To this day, despite multiple comics, shows and TV appearances, it is hard to think of Batman as a father.

We know that over the years Batman has fathered children with Selina Kyle (Helena Wayne) and Talia al Ghul (Damian Wayne), but he has also had many adopted children like Tim Drake, Dick Grayson, and Cassandra Cain. Then there is also the bizarre case of Terry McGinnis.

But is Batman a good father? That might be a hard question to answer. Yes, over the years, Batman has provided a home and a family for both his adopted and biological children, but the truth is that a good father would never allow his children to dress in tights and go up against armed thugs and psychopathic serial killers at night. Never. And yet that’s exactly what Batman does. Over and over again.

Of course, the other truth is that Bruce Wayne is a broken individual and most of the young men and woman he employs to help him are broken too. The only way Bruce knows how to deal with his feelings and the feelings of others is to fight and help bring justice to the world. In that way, he helps himself by helping the world at large.

Batman offers tough love, but it might be the tough love his children need. Without Batman, most of these boys might have become criminals like the rest of Gotham. Look at Damian Wayne, for example. He is a complete mess when he arrives at Wayne Manor but slowly learns to use his abilities for the common good of Gotham. What Bruce Wayne offers is a purpose and a unique set of skills. 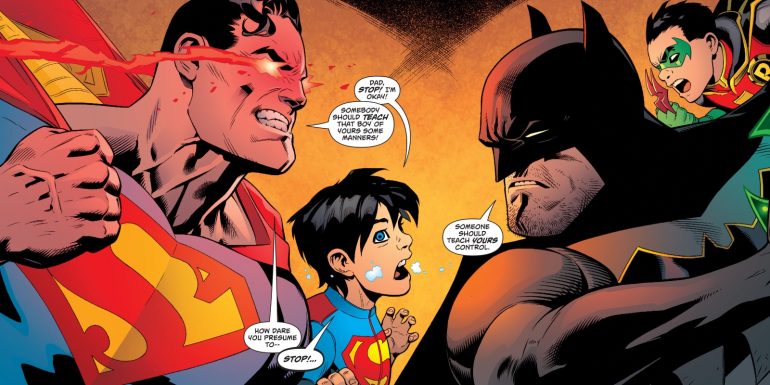 Damian was screwed up way before he met his father. Having spent his gestation in a laboratory, Damian was raised by his mother until ten years of age, at which point she left him in the care of his father, who had not been aware of his son’s existence until that point in time. Trained by the League of Assassins, Damian is violent and learnt to kill at a young age. It’s only after Bruce helps him that Damian becomes a better person.

Then there are Batman other sons and daughters:

Dick Grayson tried to revenge kill the mobsters that killed his family. Bruce tried to warn him about revenge, but the kid wouldn’t listen.

Jason Todd was a crook. He was bound to find a way to get himself killed somehow.

Cassandra Cain was a vagrant killer-child who couldn’t talk and wandered around the Gotham.

Barbara Gordon went out in a Halloween costume untrained before becoming Batgirl.

After Jason, Bruce never wanted another Robin, but Tim Drake pursued the Robin mantle despite Bruce being very reluctant to allow him to have it.

Helena Wayne becomes The Huntress after Selina Kyle dies. She was a nuanced and flawed human being.

To be completely honest, they are all weird children.

Let’s look at a few traits every great father should have and how they line up with Batman as a father:

1. He teaches his children to appreciate things. [Check]
2. He accepts that his kid’s aren’t exactly like him. [Check]
3. He spends quality time with his children. [Check]
4. He leads by example. [Check]
5. He is supportive and loyal. [Check]
6. He challenges his kids. [Check]
7. He protects his family. [Check]
8. He shows love. [This one might be difficult]

So is Batman a good father?

Seven out of eight isn’t bad. When you consider their lives individually, Batman did a pretty decent job with these kids. In Damian’s words, “Mother may have given me life, but you taught me how to live.” 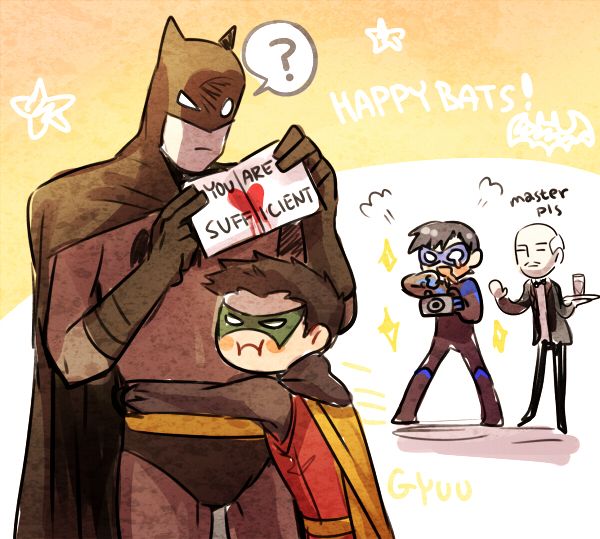 What do you think of Batman as a father? Is he a good one? Is he a terrible dad? What about Batman’s sons, are they good superheroes? Let us know in the comments below.