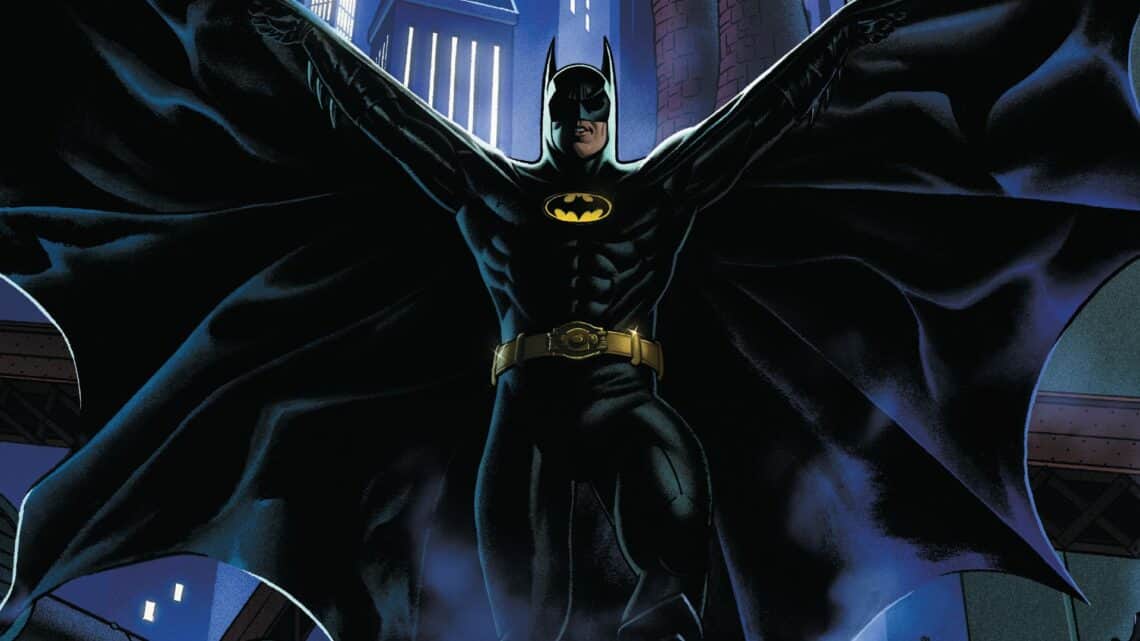 Sometimes, nostalgia can be the worst thing. It keeps you stuck in the past, afraid of moving forward and facing the new. If done well, though, it can be a reminder of fond memories and a sense of escapism. So, where does Batman ’89 #1 fit in the equation?

The creative team of Sam Hamm, Joe Quinones, Leonardo Ito and Clayton Cowles take us back to Tim Burton‘s Gotham City. Ignoring Batman Forever and pretending like it never existed, this tale takes place after the events of Batman Returns. The Joker and Penguin are deceased, Catwoman is still out there on the prowl, and the Caped Crusader continues to watch over and protect his crime-ridden city. 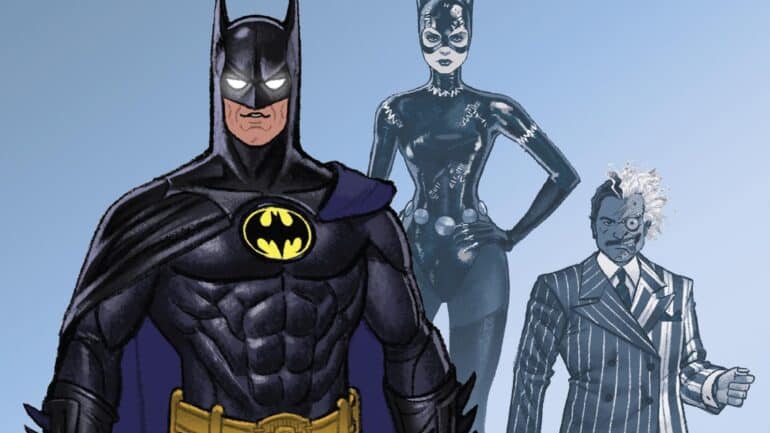 The main talking points of Batman ’89 #1

In this first issue, though, it’s all about Harvey Dent, who still bears a likeness to Billy Dee Williams. He’s grown tired of how the city has spiralled into chaos, thanks to what he believes is Batman’s influence, and wants a vote of no confidence in Commissioner Jim Gordon for aiding the vigilante. While this all happens, Harvey teeters on the edge, with some Two-Face tendencies crawling beneath the surface.

Batman ’89 #1 also introduces two new characters to the Burtonverse: Barbara Gordon and Robin. In terms of Babs, she’s not how you remember her from the comics or other shows. She isn’t a teenager here, nor is she in love with Dick Grayson. In fact, her romantic partner is a shocker that’ll get the fans talking. With Robin, we don’t know much about him yet. He makes a nameless appearance at the end, fighting the Dark Knight as a masked defender of his neighbourhood.

Speaking of the Bat, Hamm does what he did well in the two screenplays he wrote for Burton: he minimises the use of the titular character for dramatic effect. You see Bruce Wayne and Batman, of course, but he only appears in half of the issue. It adds to the mystique and makes the reader appreciate the moments when he does show up. 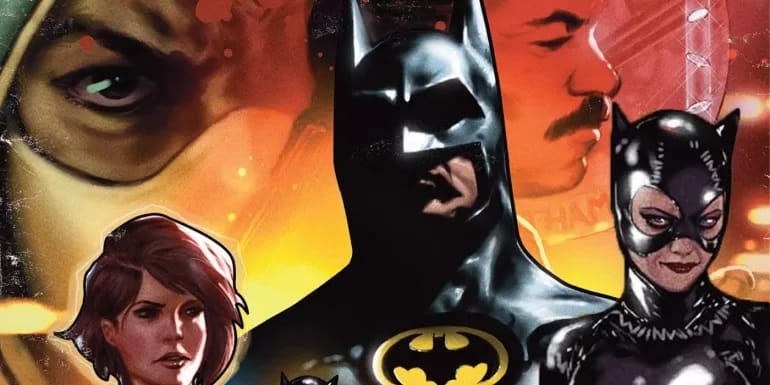 Artistically, Quinones and Ito capture the essence of the Burtonverse beautifully in Batman ’89 #1. Not only does Gotham look like the German expressionist-inspired version from the movies, but so do the characters as well. The outfits and hairstyles sizzle and dazzle, harking back to what graced the fashion magazines of the time. Hey, don’t judge because it was all in vogue in those days.

The approach to the art style also comes across like a deliberate throwback to the late ’80s. From the toned-down colour choices to the traditional layout of the panels, Quinones and Ito produced a storytelling flow that could’ve been ripped straight from the pages of Detective Comics. You can’t help but feel like you’ve gone back to that era of comics—in terms of story and appearance. 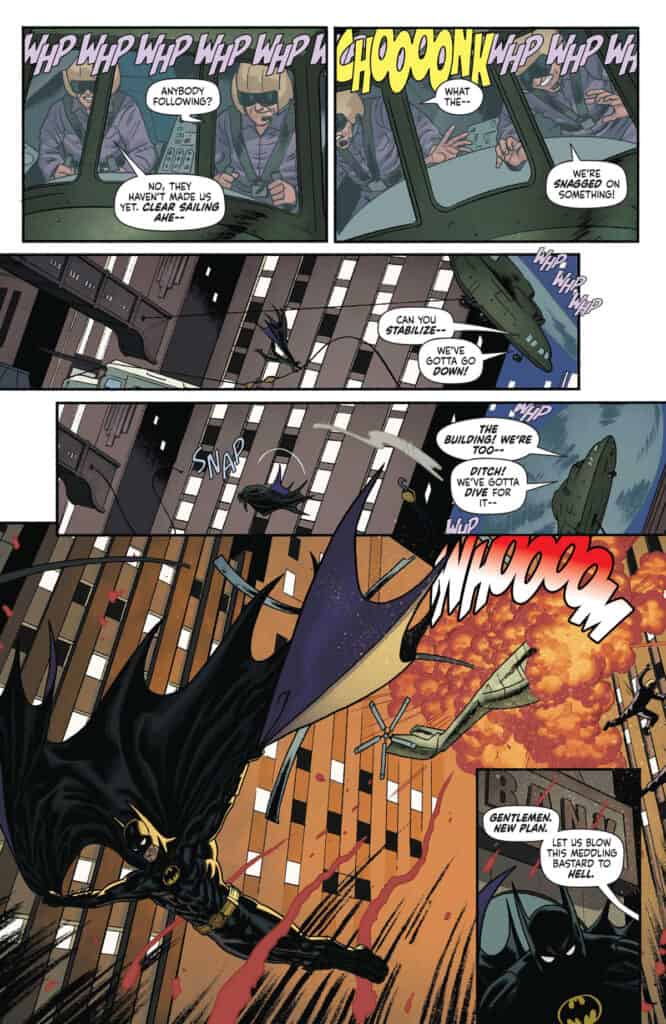 Nostalgia is capable of being a rotten liar, convincing you that the past was better than the present. Revivals or continuations love nothing more than to use this to their advantage, almost taunting others that they were the first and therefore the best. In the case of Batman ’89 #1, it doesn’t try to be clever and say it’s superior to every other version that came afterwards. Instead, it just proves it on the pages.