In recent years, we’ve seen more and more audio devices hitting the market. This is especially true when it comes to headphones, earphones and even earbuds. When it comes to gaming audio, these are typically reserved for the larger-sized headphones. There are, however, a select few that make it to the other categories. ASUS has introduced one such device, the ASUS ROG Cetra II earphones.

With the increase of Bluetooth and other wireless audio devices, it’s a surprise that ASUS has chosen to extend its range of wired devices for the Cetra range. The ASUS ROG Cetra II is available in two variants, one with a 3.5mm auxiliary cable and the USB Type-C cable. It’s the latter I have reviewed over the past few weeks.

While it may not be the most important, aesthetics always play a large role when it comes to decision-making when purchasing equipment. This is especially true when it comes to gaming devices. Being in-ear devices, they are fairly small. This means they won’t have the same design accents as the larger units.

That said, the ASUS ROG Cetra II still features RBG LED lighting on both ears. This is in the form of the ROG logo. The lights can be customised to your choosing. ASUS does state that the lighting is a subtle touch to add a bit of style. However, for an in-ear unit, it looks a tad much. I understand that most ROG devices have a similar theme of the RGB lighting effects, but seems rather out of place on the Cetra II.

Other notable additions on the earphones are the liquid rubber ear tips and ear fins. The former is rather straightforward, although it does have a soft texture to make it comfortable to wear for long periods. The ear fins aren’t novel, but aren’t seen as much as one would expect. They allow the earbuds to be positioned in-ear without it moving around too much. It also aids with keeping it in the correct position, to maximise the noise-cancelling effect.

I’ve seen many complaints about the fins not fitting comfortably in the ears. ASUS has added three sizes for the fins as well as the ear tips, so you can adjust what suits you best. I had no such issues on my end and could keep the setup in-ear for long periods at a time. This is also thanks to the foam-built ear tips, which are a lot softer and comfortable than silicone rubber options. The trade-off here may be that they may not last as long, but only time will tell on that.

There are the in-line controls. It’s attached to the left-hand side cable. It includes your standard buttons, including the volume up, play/pause in the centre and volume down at the bottom. On the sides you have the ANC on/Ambient mode/ANC off button. Then, finally, there’s an LED indicator light above the main controls.

Overall, the unit is crafted from a light, plastic build. Its lightweight design makes it easier to use for long periods, but the greyish plastic finish doesn’t exactly scream premium. It gets the job done at the end of the day.

Added to the contents is a nifty travel case. It’s able to store the earphones and the additional tips and fins while still looking decent and not adding too much additional weight.

In terms of setup, there’s pretty much only one way to connect. Depending on the type of device, you’ll either plug it into the 3.5mm jack or a Type-C USB port. This means that it’s supported on a wide variety of mobile devices, including smartphones, MAC and Nintendo Switch consoles.

When it comes to the list of features, however, there’s quite a bit.

For starters, the first of these is the Active Noise Cancelation (ANC) technology. There are two options when it comes to ANC. There’s the standard ANC mode, as well as the ambient mode. The latter features a more enhanced experience. There are built-in mics on the buds that pick up surrounding noises, including vocals and other ambient sounds. This is then negated through the built-in software to provide a clearer sound when in use.

These additional mics assist two-fold. They double as noise cancellation when picking up your own voice to ensure clear voice quality whether it be in-game or in an online meeting or call.

There’s also the RGB LED lighting. While I’ve discussed this in the build section, it is worth noting that the controls and customisation of the lighting effects can be done via the Armoury Crate software. Users can also turn them off, which looks a lot better overall. 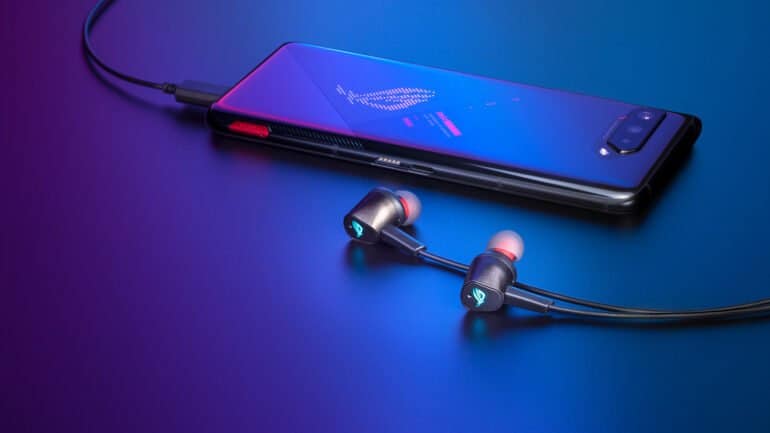 When it comes to the actual performance of the ASUS ROG Cetra II, it’s quite a mixed bag.

The device is tuned for gaming, and that’s clear from the offset. It does this extremely well. On the other hand, as a result of this, it leaves a lot of other experiences very flat overall.

When being used for gaming, it really does deliver. For starters, the surrounding noises from the environments, as well as that of voice clarity from monologues are great. You can pick up each individual sound and some semblance of the direction, as much as you can from stereo audio.

Given the Type-C cable on the unit received for review, it made a big difference when it comes to mobile gaming. From footsteps to gunfire, it was all balanced quite well. Again, this was without any tinkering, using the default audio settings.

Being a wired device, especially Type-C, there’s no latency to speak of. While modern wireless units achieve better results over previous-generation audio devices, it’s still not without some distortion and latency.

Where the audio does tend to become more washed out is when switching to other categories. This includes listening to music and even a few movies where there is a variety of additional sounds to factor in. The most disappointing of these are the lows. The bass level doesn’t offer much in the way of oomph. It’s not too great on the mids either but does the job well enough in-game, which you won’t notice as easily. 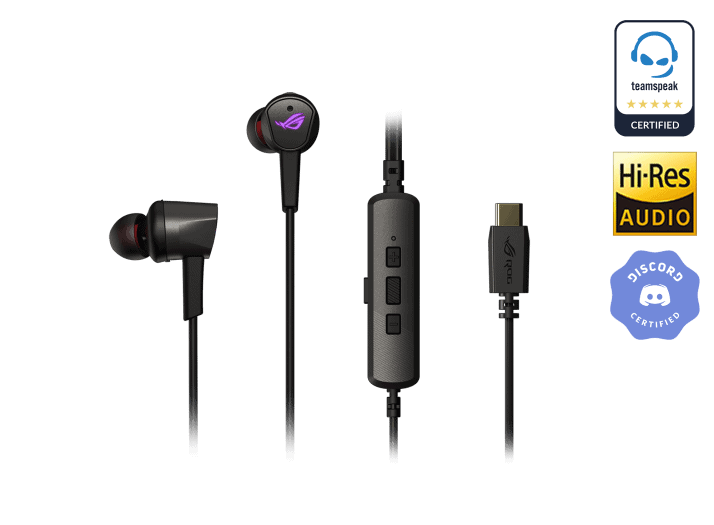 Should You Buy the ASUS ROG Cetra II?

As is most often the case, the answer to the question comes down to user requirements. If you’re looking for an in-ear audio device that’s aimed specifically at gaming, with a few online features included, the ASUS ROG Cetra II is a very solid unit.

However, if you’re looking for a much more rounded device, you may need to look elsewhere. This is especially true when you consider the R2,199 price tag of the ASUS ROG Cetra II.

The ASUS ROG Cetra II delivers a great gaming experience with audio tuned for this experience. However, when switching to other audio, such as movies and music, it falls quite flat. On the other hand, the noise cancelling capabilities, both on incoming audio and outgoing voice, are great. It works. If not for the slightly high cost, it may have been easier to recommend.