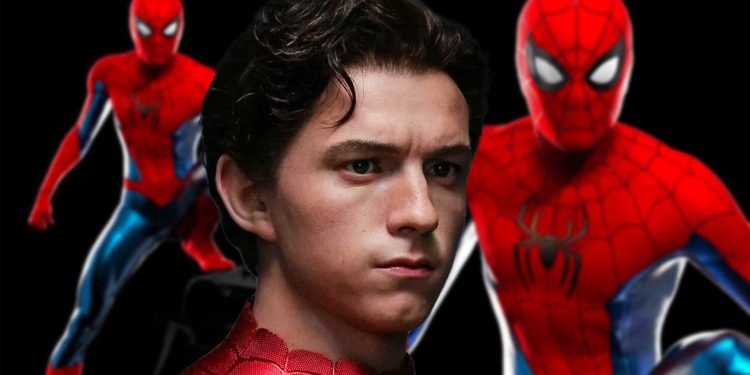 “Part of me believes it’s the ideal moment to jump off the building and swing into the sunset.” Those were Tom Holland’s comments after completing a trilogy of Spider-Man movies for Sony and Marvel Studios. Of course, the statement caused a lot of chatter on the net. Will he return to the films? Will Spider-Man 4 take place in Phase 5 or Phase 6 of the MCU?

Spider-Man 4 was noticeably absent from Kevin Feige’s Phase 5 and Phase 6 MCU announcements at San Diego Comic-Con. However, this doesn’t mean that there aren’t more films in the pipeline. It also doesn’t mean that Marvel currently has any big plans for the character, at least none that they were willing to share just yet.

With Tom Holland currently taking a break from acting, Sony continuing their Marvel universe, and Disney continuing to pump out a ton of new MCU characters, where does the beloved Friendly Neighbourhood Spidey fit in?

While there is a lot of pressure after Spider-Man: No Way Home‘s success, Tom Holland has remained mum regarding his involvement with the character beyond the finale of the Homecoming trilogy. Mentioning his plans to settle down and focus on starting a family, it seems like the superhero has taken a backseat in the star’s life.

To his credit, however, Tom Holland has performed his part in a whopping six separate MCU films as everyone’s favourite webhead, and there’s a likelihood that he feels as though he has given everything he can to the character already.

That said, the 26-year-old is well known for proclaiming just how much he enjoys playing Peter Parker and even played an important part in keeping the character in the Marvel Cinematic Universe in 2019. It is rumoured that the young actor called up the then-CEO of Disney, Bob Iger, in an effort to bring Spider-Man back into the MCU after it was disclosed that he would be departing to Sony following the events of Spider-Man: Far Away From Home.

At the time both Marvel and Sony reached an agreement and the character continued his adventures in the MCU. But have things changed now that the trilogy has wrapped?

It’s been a year since No Way Home‘s release — a huge success for both studios involved — and there’s been no official announcement regarding Spider-Man 4 or the character’s future in the MCU. There is no evidence that indicates whether or not the two studios have come to an agreement over an extra character-sharing partnership.

There’s no doubt that with Tom Holland branching out and becoming a successful Hollywood star, they would need to renegotiate his contract. It’s going to take a hefty deal to bring the star back.

The good news is that Tom Rothman, head of Sony Pictures, stated in May of 2022 that he hopes to have that “whole gang” back for Spider-Man 4, possibly even directed by Holland himself.

In all honesty, it would be surprising if Tom Holland did not sign on for Spider-Man 4 in the MCU. Having said that, Marvel is continuing to move on with the rest of its Multiverse Saga with or without the red and blue-costumed hero.

When will Spider-Man 4 be Released?

Looking back on Sony’s history with the character, the studio has put out a new movie every two years since 2012. It’s highly doubtful that it will stop any time soon either. Sony is very aware that Spider-Man is one of their most powerful and lucrative assets. They can’t afford for it to lay dormant for years on end.

By that logic, Sony has to have some kind of Spider-Man scheduled for late 2023 or early 2024.

With all this said, they have a few options for Spider-Man 4 in the MCU.

1. Sony pays up and convinces Tom Holland to return.

2. They begin a new trilogy with a new actor (recasting Tom Holland).

3. They introduce a live-action Miles Morales Spider-Man. Which gives Holland the break he needs and allows for the universe to expand beyond Peter Parker.

Either of these options (except maybe option 2) is a big win for the studio if it pays off.

Looking at the schedule for Phase 5 of the MCU announced at San Diego Comic-Con 2022, there is currently no big Marvel film scheduled for December 2023 / January 2024 — which might be a good time to release Spider-Man 4. It’s just before Fantastic Four‘s November 8 2024 release date.

Of course, there’s also the possibility that Spider-Man 4 might only arrive in Phase 6 of the MCU — perhaps just before the big Avengers movies in 2025.

Either way, when it finally arrives, it will have to do a lot to top the success of No Way Home. We can’t wait.

Tell us, are you excited for Spider-Man 4 in the MCU? 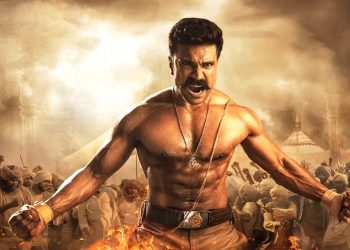