Finally, We Know Who Alfred Was Talking To In The Justice League Trailer 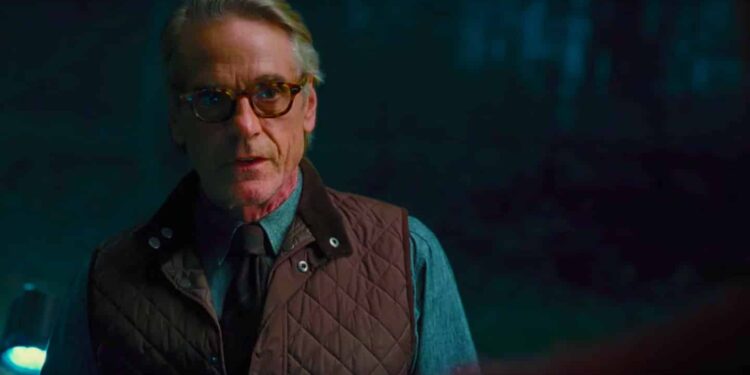 For the longest time, people have been wondering who Jeremy Iron’s Alfred is talking to at the end of the Justice League trailer – a scene that was eventually cut from Joss Whedon’s version of the film. Now, we finally have an answer. And you have to wonder why this amazing sequence was removed from the film in the first place.

In the final moments of the second Justice League trailer, we saw Alfred working on the engine of a car outside at night when someone suddenly appears. A figure stands at the edge of the frame and Alfred looks up. “They said you’d come,” he says, looking up at a mystery character. “Let’s hope you’re not too late.”

Those who guessed Superman were completely right. Sadly, it’s not Supergirl or Green Lantern or Martian Manhunter.

Now you can see that scene in all its glory here:

WHY WAS THIS TAKEN OUT? pic.twitter.com/BCwG1iAO4j

I imagine this takes place just before Superman joins the fight against Steppenwolf and after he visits the Kent farm. It will most probably be one of the many deleted scenes found on the home release scheduled for March 13. This includes a new Justice League deleted scene that reveals Superman’s black suit: