10 Actors Nobody Cares About Anymore 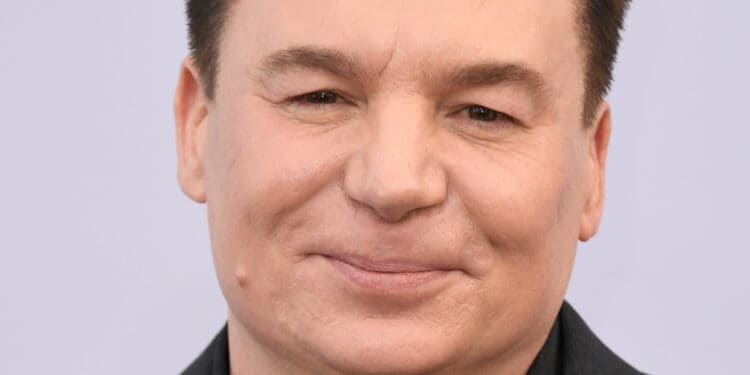 As the old proverb goes, “all good things must come to an end.” That also applies to even the most successful celebrities’ careers. A cruel truth that hides behind the glitz and glamour of the Hollywood entertainment business is that everyone is replaceable, and there’s never a short supply of new actors and actresses to become the icons of a generation. We’ve already looked at good actors who haven’t made a good movie in a long time. Here we look at actors who are forgotten and nobody cares about anymore.

Once regarded as one of the most successful drama and romantic actors, Richard Gere used to star in a ton of passionate blockbusters throughout the 80s and 90s. Movies like Pretty Woman and American Gigolo turned Gere into a household name — one that seemingly disappeared without a trace in the late 2000s.

After Hachi: A Dog’s Tale, the actor would star in fewer films than ever before in his career, before disappearing completely in 2017. A devout Buddhist, Gere blames his disappearance on China, after the actor claims to have been blacklisted for speaking of the human rights violations happening in Tibet.

Back in the 90s and late 80s, comedian Pauly Shore became the personification of the MTV attitude. A slew of raunchy comedies made Shore massively popular with college audiences, and it seemed like the actor popped up in pretty much every stoner comedy made during the decade.

The moderate success of Pauly Shore Is Dead wasn’t enough to keep him on the big screen for much longer. Shore is set to star in a bizarre animated adaptation of Pinnochio that will release later this year; the movie includes Jon Heder and Tom Kenny as Shore’s co-stars — to be honest, the entire cast of Pinocchio: A True Story deserves a spot on this list of actors nobody cares about anymore.

Statting in a popular show for a long time can bring some long-term consequences for your acting career. An actor eventually becomes one with the character they’ve played for so long, making it virtually impossible for them to find success outside of the show that brought them fame in the first place.

Though that happened to most of the Friends cast — except for Jennifer Aniston — no one fell more off the limelight than David Schwimmer, aka Ross Geller. The actor has tried to reinvent himself as a director, producing some seriously underrated comedies like Run Fatboy Run.

Sadly, he has become one of those actors nobody cares about anymore.

Meg Ryan enjoyed a successful career as one of the world’s most recognizable actresses in the 90s and early 2000s, but it seems like her career has lost some momentum after decades of starring in iconic blockbusters.

Despite her popularity, Ryan has been absent from the mainstream Hollywood gig for a while now. Her last film was 2015’s Ithaca, a movie that she also directed and produced. Her son, Jack Quaid — whose father also happens to be the actor Dennis Quaid — is currently enjoying his newfound fame thanks to the hit Amazon Prime Video series, The Boys.

If you happened to be cryogenically frozen sometime around the early 2000s and woke up today in 2022, one of the things that would surprise you the most — you know, other than a recent global pandemic and the prevalence of smartphones — is that no one is talking about Austin Powers anymore.

Mike Myers might have been one of the most influential comedians of the 2000s, but that didn’t prevent him from fading away from mainstream movies. 2008’s The Love Guru might be to blame: a movie so brilliantly awful might be enough to kill anyone’s career.

Speaking of popular comedians, Eddie Murphy was on top of the comedy game for the better part of the eighties and a good chunk of the nineties too. However, the new millennium hasn’t been so kind to Murphy, as some of his comedies have been of dubious quality in recent years.

Though Murphy has tried to break into the world of serious drama films, it’s safe to say that his popularity is nowhere near the levels of what it once was. Recently, Murphy has tried to go back to his roots doing adult-oriented movies, mostly due to the disappointing performance of his family-friendly films.

Much like David Schwimmer, Charlie Sheen became an extension of the worst parts of his character in Two and a Half Men. The difference with Schwimmer, however, is that Sheen already was a high-profile actor before his time doing sitcoms, with movies like Platoon and Young Guns.

Sheen’s reputation for being notoriously hard to work with and a series of unsavoury controversies pretty much blacklisted the actor from working on any major Hollywood productions — resulting in Sheen’s fading popularity with the mainstream audience.

It’s no surprise that Charlie Sheen makes the list of actors nobody cares about anymore.

Moore’s acting career hasn’t been on a roll lately. The actress seems to be more invested in the world of fashion and philanthropy work — which seems to be the usual move done by actors when it’s their time to retire from the spotlight.

Bruce Willis’ name used to elicit some sort of notion of quality into any action flick. Even his more dramatic roles were well received by critics, with movies like The Sixth Sense becoming some of the more emblematic films of the nineties. Even before then, his role as John McClane in Die Hard and ‘some’ of its sequels was regarded as a cultural icon.

Time hasn’t been kind to Bruce Willis. Lately, the actor has been trying to reignite his popularity in action flicks with some of the most baffling excuses for a movie anyone has ever seen. Productions like the awful Reprisal tarnish Willis’ good name and have pretty much turned the actor’s popularity into a thing of the past.

His recent Razzie Awards are proof that he has become an actor nobody — especially Hollywood — cares about anymore.

Even though Steven Seagal was never one of the leading action men of the eighties, the sheer amount of movies starring him turned him into a household name in the same level as Jean-Claude Van Damme and Chuck Norris.

Seagal’s popularity has been in a race to the bottom for quite a while now. A series of terrible movies, not to mention some questionable political decisions, have turned the actor into one of the most infamous examples of how to lose most of your fans’ goodwill. His role as Russia’s special envoy to the U.S. has been criticized by some as an unnecessary politicization of his career, but it seems like his diplomatic business might be somewhat more important to Seagal’s future than his near-nonexistent acting career.