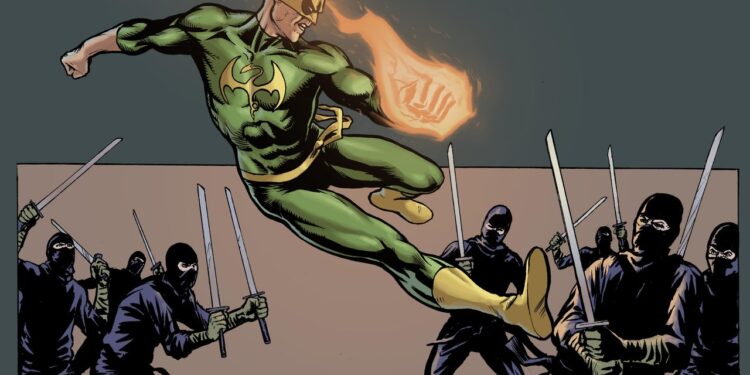 Everybody knows if you’re surrounded by a crowd of ninjas the best way to take them on is to fight them one by one. It seems Roy Thomas, co-creator of Iron Fist, has yet to master this skill. In a recent interview with Inverse, the comic book creator expressed his distaste for people who wanted to see the character as Asian. Of course, not long after, the social justice warriors attacked. During the interview, Roy Thomas, who created the character in 1974, spoke on some of the controversy surrounding the lead character’s race:

I have so little patience for some of the feelings that some people have. I mean, I understand where it’s coming from. You know, cultural appropriation, my god. It’s just an adventure story. Don’t these people have something better to do than to worry about the fact that Iron Fist isn’t Oriental, or whatever word? I know Oriental isn’t the right word now, either.

He was a character for a comic book at a different time. It’s very easy to second-guess anything. You can argue about Tarzan, you can argue about almost any character who came up then is bound to be not quite PC by some later standard or other. Okay, so you can make some adjustments. If they wanted to kill off white Iron Fist and come up with one who wasn’t Caucasian, that wouldn’t have bothered me, but neither am I ashamed for having made up one who was. He wasn’t intended to stand for any race. He was just a man who was indoctrinated into a certain thing.

Of course, many people were upset about his answer — in particular, his usage of the term “oriental”. One of those people was Jessica Henwick, who plays Colleen Wing in Marvel’s Iron Fist:

Oriental is a term used to describe rugs, not people.

Thomas will need more than just an iron fist or special martial arts moves to get himself out of this mess. Regardless, of all the negative press the show is still worth watching! Read our review for Iron Fist here.