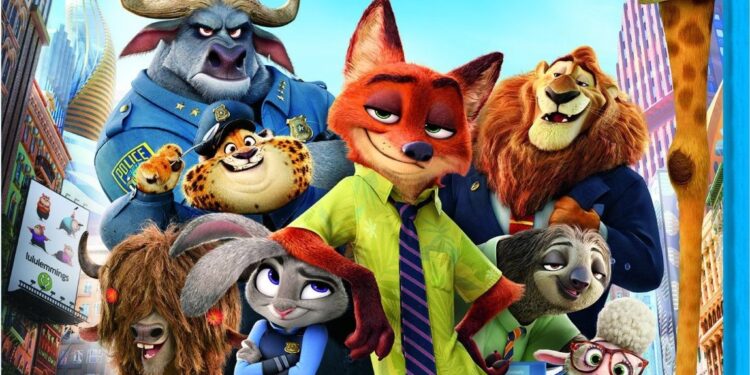 It might be hard to believe, but one of the most intelligent films on racism this year is served to us by Disney. Hot off the success of Frozen and Big Hero 6, the animation department set off to create a hilarious but tender animal-centric film about acceptance and co-existence. And it’s downright beautiful. Zootropolis, or Zootopia (depending on where you live), might be Disney’s most important animation in years. 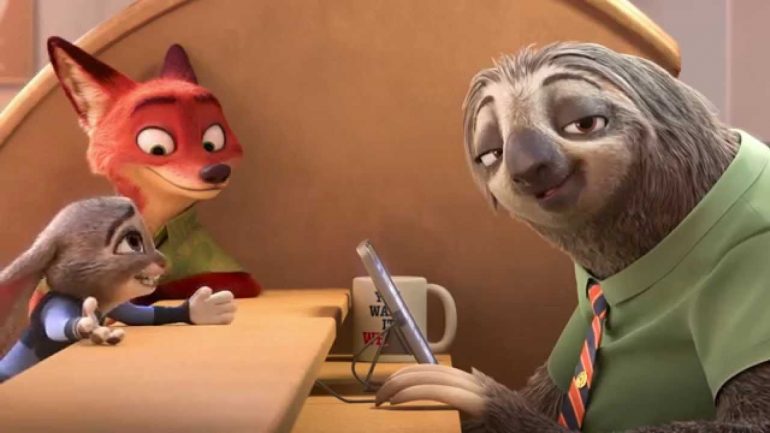 The words Disney, racism, animation, and talking animals don’t usually wind up in the same sentence, let alone the same conversation. Yet, here we are. It’s 2016 and the world is filled with political protests and heavy issues plaguing society. Who would have thought that the Walt Disney Animation Studio would offer the most touching film on prejudice? Zootropolis deals with the issues by mixing in the perfect blend of colour, fun, humour, heart, and story. It’s a film that teaches important lessons to both kids and adults (although it never feels preachy).

Zootopia takes place in a world where mammals have evolved out of their primitive state and now walk on twos just like humans. Judy Hopps (Ginnifer Goodwin), a bunny from a small town, has wanted to be a police officer her whole life. Unfortunately for her, bunnies don’t become police officers. Those jobs are left for the much bigger animals. Determined to prove everyone wrong, including her farming parents, she pursues her dream in the big city, Zootopia. However, she is met with a lot of disrespect by her fellow officers and chief Bogo (Idris Elba) who assigns her meter maid responsibilities. When an otter appears at the station begging for the police to find her missing husband, Judy volunteers for the assignment. Soon she enroles the help of a sly fox named Nick Wilde (Jason Bateman) to help her uncover the mystery of the missing otter. Of course, there is a bigger plot at work, but Hopps and Wilde need to overcome their differences before they can take on the bad guys.

Zootropolis is really charming. Everything is well-developed; the story, the characters, the animation, the variety of animals, the voice-casting, and even the soundtrack. There is enough at play here to keep both the young and old entertained. Parents will particularly love the Sloth’s bank scene and a cute little parody of The Godfather involving a family of shrews. The film pops with colour and excitement. 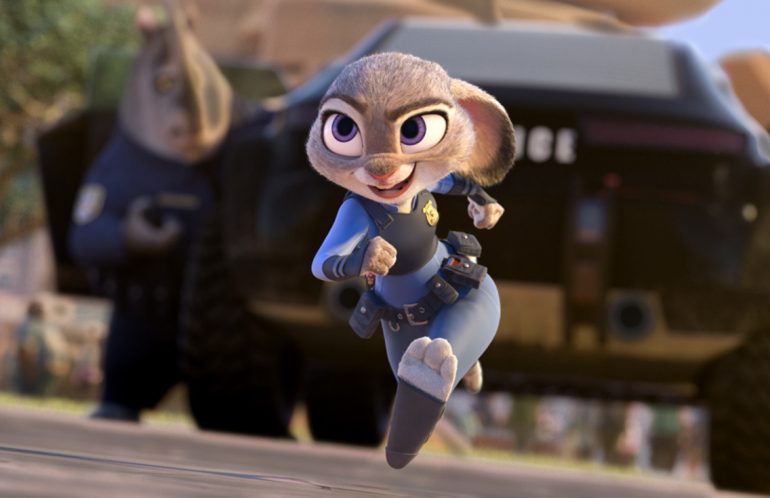 The Zootropolis Blu-ray presents the film in its original theatrical aspect ratio of 2.39:1. The clean and crisp 1080p transfer is flawless – no noise, banding, pixelation, or frame rate issues. Colours are vibrant (literally popping off the screen) and the contrast is purrrrfect (excuse me). All the details are nicely preserved and, on closer inspection, you’ll notice fine details in the fur and backdrops. It’s just remarkable presentation.

The DTS-HD Master Audio 7.1 does what it needs to do and fills your living room with beautiful noise. The exciting chase and action scenes are loud and balance well between the speakers. Dialogue is always clear, even in the bigger set pieces or when accompanied by the musical score. Surround channels are also full of life. Again, it’s hard to find anything at fault here. 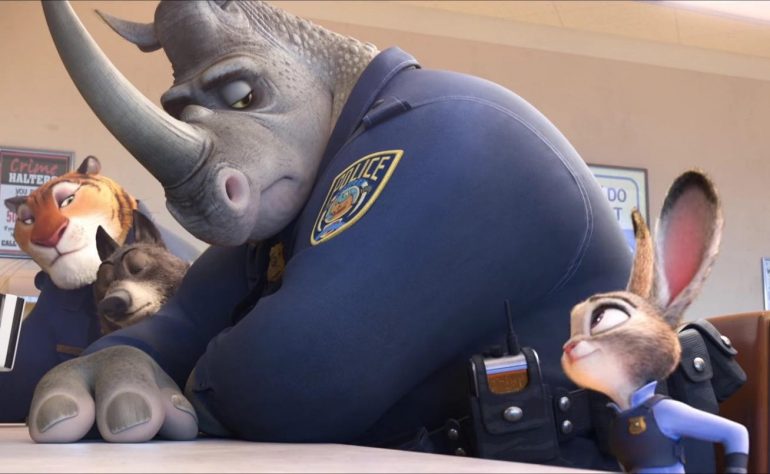 The HD extras include a number of behind the scenes featurettes, deleted scenes and a music video. While I would have preferred a short animated film too (Disney usually does), there is enough to keep viewers engaged. Extras include:

In the end, this is definitely one to add to the collection. As far as animated films go Zootropolis is one of the best. It’s the kind of film that should be played at schools. It’s just a pity that there wasn’t a short film included. Still, it’s highly recommended!