A few years back it seemed that every board game publisher was releasing some kind of zombie-themed game. One of the most fun was a Kickstarted board game aptly named Zombicide. Since its initial release, the game has seen loads of expansion and iterations. The most recent of these is Zombicide 2nd Edtion, which aims to refine and improve the mechanics from the first game.

Do the new improvements add to the experience or will they alienate players who loved the original? 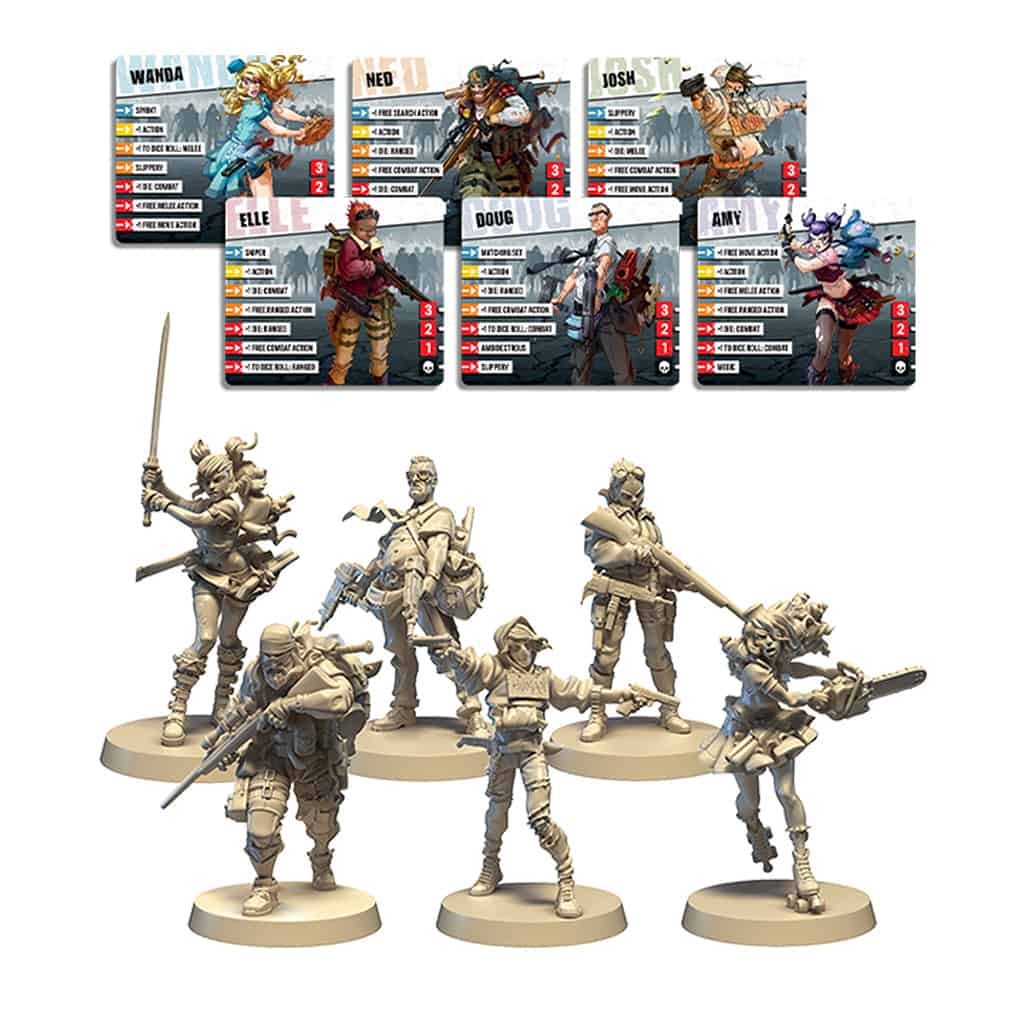 One thing fans of the Zombicide board game series will tell you is that the component quality is top-notch. The same can be said about Zombicide 2nd Edition, which includes loads and loads of high-quality miniatures.

All of the 88 (yes 88!) miniatures are highly detailed with each of the heroes miniatures oozing personality. The zombie miniatures come in various flavours; there are the standard slow-walking shamblers, the more swift and deadly runners, the disgusting fatties and the absolutely terrifying abominations.

Although all the miniatures are unpainted, the game does include coloured bases for your survivors. This makes knowing who is who much easier.

Then there is also the usual dice and colourful cardboard tokens.

One of the best additions to the game is the survivor plastic tray. Basically, it allows you to track your survivor’s info all in one place. It even has colour-coded pegs with which to mark your survivor’s health and skills. It just helps keep everything nicely together in one place and helps streamline the whole setup of the game.

Lastly, you have the double-sided game tiles and equipment cards. All of them still have the now-familiar Zombicide artwork on it, which I love.

Thanks to all the high-quality, detailed components, Zombicide 2nd Edition is a gorgeous game when set up. 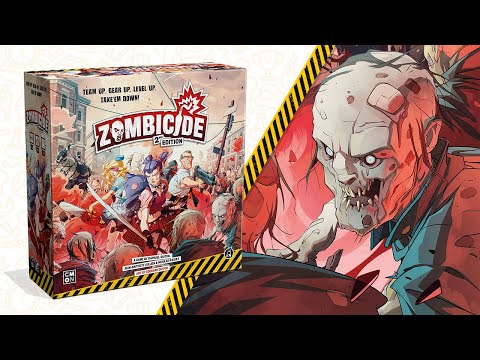 So, as you can probably guess, Zombicide 2nd Edition sees you and your group of survivors trying to survive the zombie apocalypse. It is not as easy as it sounds as each area you’ll be exploring is usually filled to the brim with these brain-eating monstrosities. Having said this, it is important to know that the game doesn’t take itself too seriously. It’s about surviving and having fun while doing it.

A game of Zombicide has two main phases; a player phase and a zombie phase. All the action takes place during these two phases.

At the beginning of a mission, players will be tasked with completing various objectives, such as scavenging for specific equipment or even killing several zombies. Sometimes these missions even include more than one objective.

On a player’s turn, they have three actions (these can be increased by levelling up). The actions can either be moving, searching, opening doors, using a melee weapon, picking up an object, shooting or using a skill. It is important to know that all of these actions, except for search, can be used more than once during a turn.

The catch is that most of these actions create noise, and what does noise attract? If you said brain craving zombies you are correct!

As your survivors’ complete objectives, they gain adrenaline points which are used to acquire new skills or upgrade existing ones. Upgrading and getting new skills is the main way in which to assure you survive the zombie onslaught.

When facing off against the brain chompers, players first choose one of the weapons they have at their disposal and then roll the amount of dice as indicated on the card. The amount of damage each zombie needs to take before they eventually die depends on the zombie type. For instance, walkers can be taken out with a weapon that does single damage, while an abomination is only killable by a weapon that does five damage or a Molotov cocktail.

After your survivors have taken their actions, it is time for the zombies to take theirs. Zombies move to the nearest survivor which they have a line of sight on. Should there be no survivors in the vicinity the zombies scramble to the area with the most noise. After this, the player then draws the amount of zombie spawn cards as indicated on the board.

These cards reveal which zombies (what type) spawn. There is a spanner in the works in the form of a card called the ‘Rush Card’, which sees the newly spawned zombies being activated immediately. As you can guess, this causes a lot of problems for our survivors.

After this phase has been completed it is the survivors’ turn again. Play continues like this until either all the objectives have been completed or one of the survivors perishes. This means that it is important to help keep your team alive as one death means the end of the game. What did we think of Zombicide 2nd Edition?

Zombicide 2nd Edition brings a few welcome changes and refinements to the series. The new mechanics and additions mean that thinking more tactically becomes ever more important. It’s not about who has the biggest weapon anymore but rather how and when you use it.

There is still a lot of luck involved, for instance, the rolling of the dice and drawing of zombie span cards. But this does fit in with the theme perfectly as it helps to up the tension and keeps you and your team on your toes. The quality of the components once again is a highlight and the plastic survivor tray makes for a great addition.

Zombicide 2nd Edition nails the feeling of being trapped in a zombie apocalypse. Your careful planning can go out the door due to one bad role or draw. Even though the game doesn’t take itself too seriously, it still offers nail-biting moments.

Zombicide 2nd Edition shows why the series is still considered one of the best action zombie board game series out there. It’s a no brainer for those who have a love for all things zombie.

Zombicide 2nd Edition builds upon what its predecessor did and refines it in such a way that it streamlines and improves the whole experience. This one is a keeper.