Home > Movies > Zack Snyder, What Happened To Superman In The Man Of Steel?

Zack Snyder, What Happened To Superman In The Man Of Steel?

Time to set the record straight: the Kübler-Ross model is not the guy who posed so Alex Ross could paint Kingdom Come. Actually it’s the scientific term for the five stages of grief: denial, anger, bargaining, depression and acceptance. They’re the lucky packet of emotions you get when you’re having serious problems, only the packet isn’t lucky at all and they don’t come with a free toy. They’re also the feelings I went through when I saw Man Of Steel.

I know I’m not alone. I couldn’t believe what I’d seen. I got angry at the makers of it. I tried to buy anything I could lay my hands on that was classic red-undies Superman instead of the “look-at-my-crotch” bling belt Superman in a bid to make somebody notice. I suffered sadness at what had happened and ultimately figured What the hell, DC doesn’t need my business anyway and couldn’t care about my concerns.

Still, that’s not to say that I don’t care about DC’s characters. 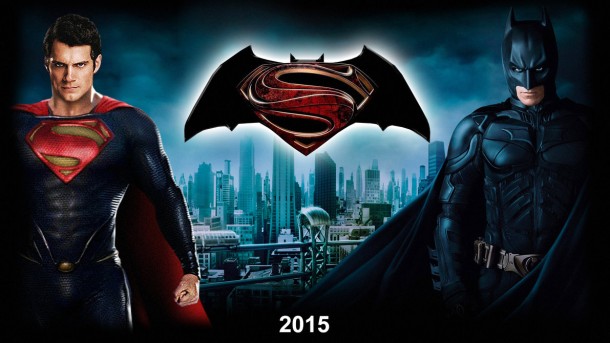 Superman may not be my favourite, but I admire him as the comic book hero who all the others have to measure up against. He was the first, and I’d like to respect him in the morning. I respect Batman too, even despite what Joel Schumacher did to him twice and what Christopher Nolan did on their third date.

When I heard about The Batfleck I did a double-take. Then I read the news that Zack Snyder’s been toying with what to call the new Superman/Batman film, with titles like Man of Steel: Battle the Knight, Man of Steel: Darkness Falls and Man of Steel: Shadow of the Night.

No offence, but those are pretty lame.

Also they hint that Batman may be less of an equal character than he rightfully deserves to be. Then again, since Wonder Woman’s been cast but isn’t even in the title that pretty much sums up the equality here. So because I care so much, I’m going to toss out some better titles…

It’s the classic title and should be an honest one given who the characters are. You don’t like it? What are you saying, that they’re not the finest in the world? That’s just mean.

One of the best stories in comics could be given a slight overhaul, with the public being (justifiably) afraid of what the Man Of Steel can do to them. One’s viewed as a menace. The other is viewed as a dangerous vigilante. They could easily be public enemies.

It’s short and packs a punch. They both believe in justice, and it’s a play on the beginning of the Justice League. How can that not work, Zack? 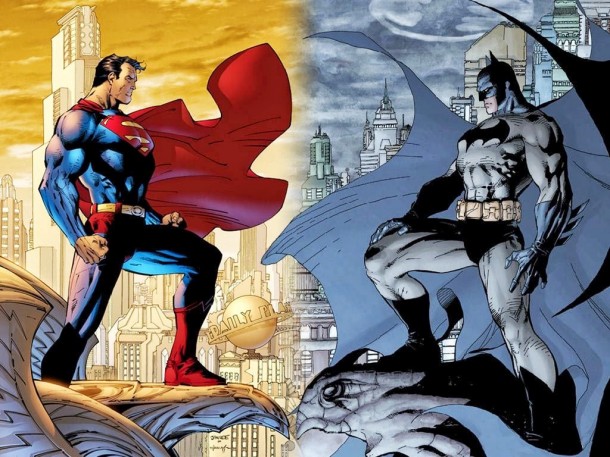 Again, simplicity is best. We know these two need to hook up (in the platonic, spandex-clad way) so it is destiny. It had to happen eventually. Also, maybe they could work in comics villain Doctor Destiny just for that added sneaky pun?

Snyder likes the word Darkness (Hurm. Maybe from the band, or a huge Star Trek fan. Must investigate further) so why not add it to Superman’s code of truth and justice? It seems to fit well and is less of a cliché than Darkness Falls.

Why not put Wonder Woman in the title? They are all legends (even if one of them isn’t as big a drawcard as the other two) and the recurring theme of the heroes inspiring hope sends a good message that they care and aren’t all about neck-snapping.

Why not have Batman’s name first? Just because Man Of Steel was Snyder’s baby, it doesn’t mean it has to be another Superman film just with cameos from other heroes. Like it or not, Batman is still a cooler character and the title not only reflects that but it’s a whole new ball game, with the Brave and the Bold up at bat. If you know what we’re saying.

Justice League: In The Beginning

We all know that this is leading to the much-delayed Justice League film so why not make it clear that it’s getting the ball rolling? You’ve got three of the main characters on display so why not just give in to it? It feels good…

Superman vs. Batman: Enemy Of My Enemy

When the news of the film first broke, everyone used the vs. bit because everyone wants to see them square off and we know they will, at least at first. That’s what happens when superheroes first meet, and the hints referring to Frank Miller’s Dark Knight Returns made everyone happy. Okay, so we know they’ll be a team at the end, but it’s still got a nice ring about it. And speaking of rings…

Superman/Batman/Wonder Woman: The Search For A Better Green Lantern

With the idea of another Ryan Reynolds Green Lantern film pretty much dead and DC apparently going for the much-expected reboot, there’s a tough job ahead for our heroes: get a good Green Lantern. And if you think that’s not a difficult task, just look at how bad things were without them…