Zack Snyder Gives Us A Glimpse of Aquaman’s Underwater World 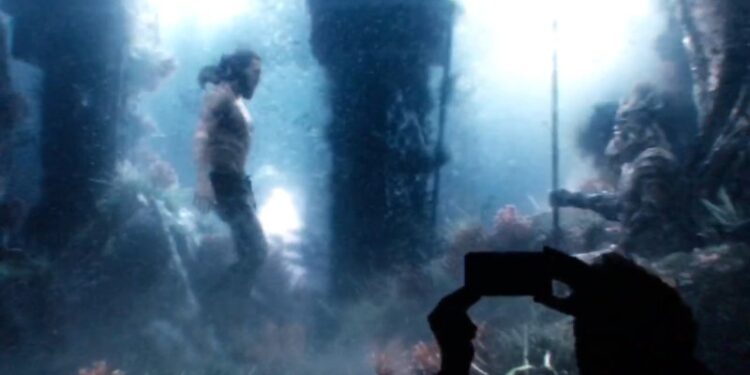 It’s Zack Snyder’s birthday. To celebrate, the director has released a clip that gives us a glimpse of Aquaman’s underwater world.

Snyder who is currently hard at work on Justice League, the follow-up to last year’s Batman v Superman: Dawn of Justice, took a moment to share a clip from the editing bay. While you can’t hear much, you can see Jason Momoa’s Aquaman swimming up to someone who a trident, possibly Poseidon, the god of the sea.

Working on my birthday ? pic.twitter.com/tLidlUrcyn

While the release date for Justice League is still many moons away, fans are keeping their ears to the ground for a new trailer. While the clip is very brief, it should satisfy fans for a little while longer.