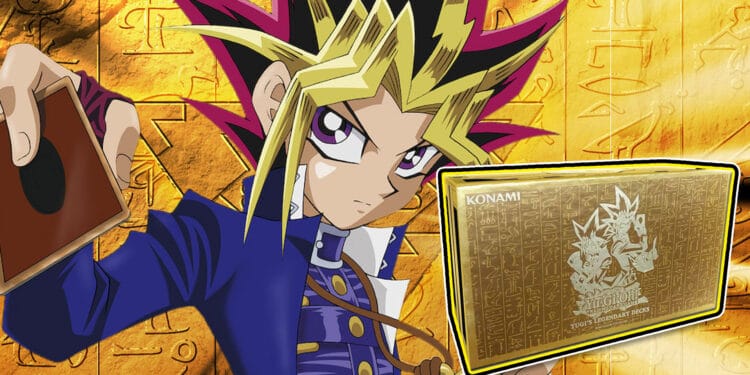 I was first introduced to the world of Yu-Gi-Oh way back when I was just a youngling through the cartoon that my brother and I watched religiously. This was even before we knew that an actual card game existed. The show immediately drew us in with its unique premise and creative monsters. My personal favourite being the Dark Magician. As we grew older we discovered the card game, but even better was the PC game, which we spend hours and hours playing. So when I was sent Yugi’s Legendary Decks for review, I knew that opening these decks would be quite a trip down memory lane. 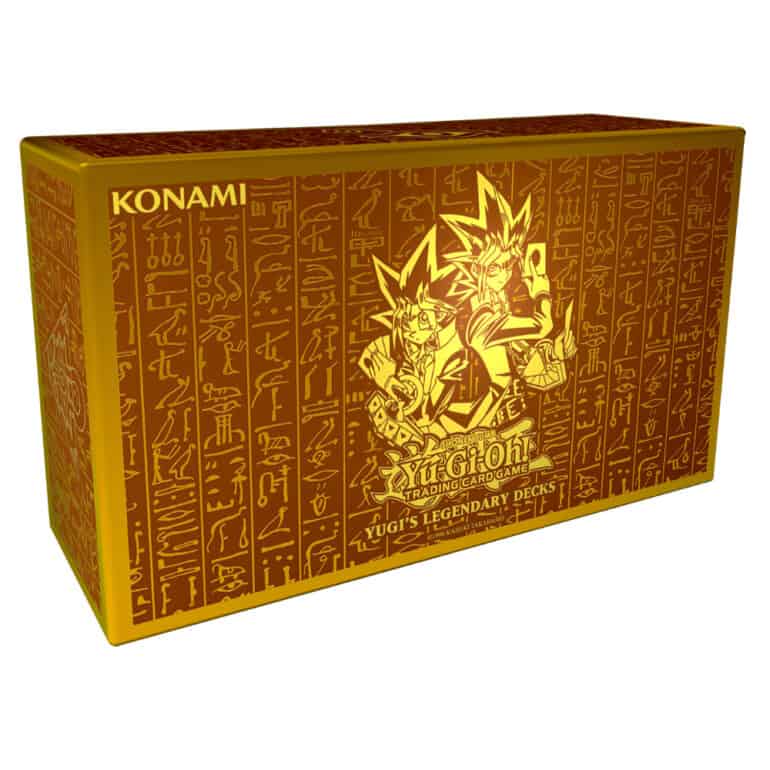 Firstly, the Yugi’s Legendary Decks box itself looks like something you’d find in the actual animated show. A golden solid cardboard box adorned with hieroglyphs and a picture of the series’ protagonist, Yugi.

Once you open the box you are greeted with three decks and one pack of extra cards.

Now, for those who don’t understand what the fuss is about, let me explain. During the animated show, the protagonist Yugi used various decks of cards to face off against his foes. These cards, when played, summoned monsters that battle each other.

The cards are all made of a nice, thick, durable card stock. All of them with awesome art. There are even a few foiled cards in the decks, which is always a welcome treat.

As for the extra pack of cards — this contains three regular cards, three cards featuring the Egyptian Gods, Slifer the Sky Dragon, Obelisk the Tormentor and The Winged Dragon of Ra. These are three cards Yugi received in the animated series at the beginning of Duelist Kingdom. 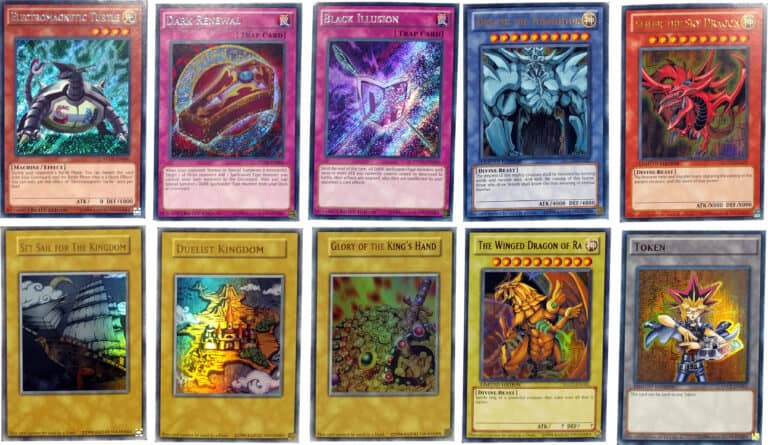 Although the Yugi’s Legendary Decks are more for nostalgic purposes, as they might struggle to win against some of the newer decks out there, they can be played with. With this in mind, I’ll give a quick rundown of how a game plays out. Basically, the gist of the game is to reduce your opponent’s life points down to zero by using various monsters, traps and ability cards.

The draw phase – The player whose turn it draws a card from their deck.

Standby phase – Some cards will activate during this phase as indicated on the card itself.

Main phase 1 – This is when players will be taking most of their non-combat actions such as summoning a monster, setting trap cards and changing the positions of monsters (defending of attack positions).

Battle phase –  The best part, attacking your opponent with your monsters.

End phase – During this phase, some cards can activate. If you have more than six cards in your hand you discard down to six.

And that is in a nutshell how to play the game. Of course, there is a lot more nuance to the game but this you’ll learn as you start playing more and more. What did we think of Yugi’s Legendary Decks?

As mentioned, this was quite a nostalgic trip for me. Holding some of the Yu-Gi-Oh cards that I remember from the show in my hands is an amazing feeling.

Although you can definitely play a round or two with these decks, their value is in how they celebrate an animated show many of us grew up watching. Yugi’s Legendary Decks isn’t for those new to the card game but for those who have fond memories of watching the animated show and want to own a bit of Yu-Gi-Oh! history.

Not only did I enjoy perusing through the decks but it also gave me the opportunity to introduce my kids to the world of Yu-Gi-Oh!. Within a few hours the words, “It’s time to duel” was echoing through our home.

For more information on Yugi’s Legendary Decks, visit solarpop.co.za. The games retails for around R600 locally.

Yugi’s Legendary Decks is for those who love the animated show as much as the TCG and would like to own a little piece of Yu-Gi-Oh history.