Slasher movies, a sub-genre of horror and thriller, have been around for decades. You’re Next follows many of the same tropes, but at least tries a few tricks. Its popularity truly cemented itself in the mid to late 90’s with titles such as Scream and I Know What You Did Last Summer. Ever since then there have been numerous titles trying to recapture its popularity. One such movie is You’re Next, but is it your next favourite?

The Davison family have decided to have a family reunion at their summer home in a secluded, wooded area. The occasion celebrates the mother and father’s wedding anniversary, which means all of the children have been invited. All is not well, however, as we soon discover jealously and in-fighting between the siblings.

Our main character, Erin (Sharni Vinson), is dating on of the family members, Crispian (AJ Bowen). Their relationship seems idyllic, but soon comes under scrutiny as Erin used to be one of Crispian’s students. While Crispian is arguing with one of his brothers, Drake (Joe Swanberg), at dinner the first murder takes place. Soon the house is bombarded by men in animal masks as they try to kill all of the family members. Little do they realise Erin is more than prepared for the onslaught. The main reveal within You’re Next is an interesting one. There are a few scenes involving piano-wire and wooden planks with nails in them that are particularly entertaining. Most of the gore effects are decent enough, but there are instances when the blood looks like strawberry jelly. How hard is to use the tried and tested corn syrup and red food colouring?

Most of the characters aren’t all that likable, and there are a few you’ll want to see dead. Sharni is the only actor that really stands out in this movie and you can see why she was cast as the protagonist. There are times when you’ll feel sorry for the parents, but it probably won’t last long at all. I must mention the opening scene as its one of the better ones within the movie, as well as the eventual follow-up.

Overall, You’re Next is a decent enough slasher. Rent it, or buy it if you’re a horror fan. Grab some popcorn, cool drink, and watch the slaughter. 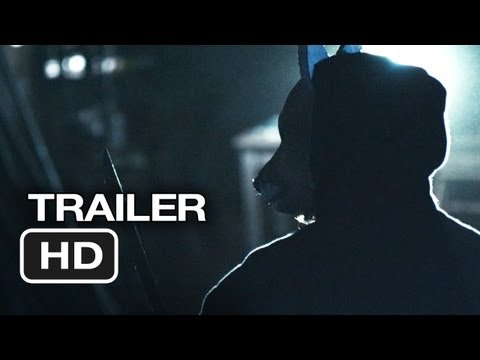