Young Justice: Outsiders Season 3 Review – Does It Deliver On The Hype? When this third season of Young Justice was first announced, it all seemed so promising. The first block of thirteen episodes which started this season off delivered so much. But did it end as well as it began?

While the Justice League operates both overtly and covertly in an attempt to battle The Light, Garfield Logan – Beast Boy – starts his own team of young heroes, The Outsiders. Joined by Kid Flash, Static, Geo-Force, Wonder Girl, Blue Beetle, El Dorado and Terra, his goal is to expose Granny Goodness as the head of the metahuman trafficking ring. Meanwhile, Cyborg discovers that the Father-Box tech which saved his life is actually taking him over again, and Halo learns that her incredible abilities may also be killing her.

As the Justice League’s secrets once again threaten to tear the teams of superheroes apart, the popularity of the Outsiders rises. But are all of their teammates to be trusted? Alliances are pushed to their limits on both sides though, as Vandal Savage learns that Darkseid are trying to achieve their own goals and gain possession of the Anti-Life Equation. With the global political situation spiralling out of control, and Earth potentially becoming a battleground in a cosmic war, can the fragmented Team along with the Outsiders save the world… and themselves? 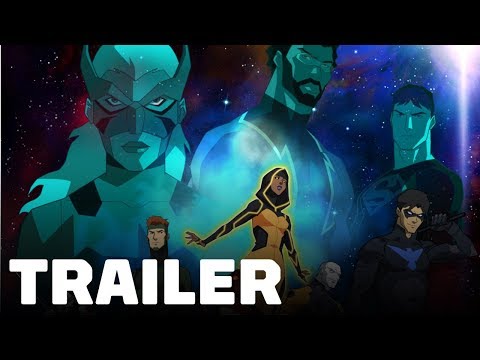 Yes, the plot still brings the typical mix of character development, intrigue and action that fans of the show have come to expect. The problem here is that it tends to miss the mark sometimes, like the show has fallen out of step a little since its early days. Episodes and storylines don’t flow as smoothly as they should, and the voice work is outright painful at times, causing the show to feel like a clunky and predictable mess. It also doesn’t help that so much attention is placed on the new characters, especially in this second half of the season, to the detriment of the original Team.

That isn’t to say that the original characters are ignored completely; both Nightwing and Artemis are given time to reflect on how times have changed and how much they miss former Kid Flash, Wally West, while Superboy and Miss Martian’s relationship hits another roadblock and Bumblebee and Mal experience their own family dilemma. But with so many new additions to the roster taking the spotlight, compounding one of the biggest problems of the second season, it feels like it’s missing what made it all work years ago.

There are still large parts of this Young Justice: Outsiders season, and in particular this second half, which do work well. One example is the continuation of Superboy’s work with the Genomorphs, while another stems from Beast Boy’s Outsiders, as Gar manages to understand and embrace the public’s need for superheroes who inspire hope. Although, as Lex Luthor is aware, public opinion can be easily swayed and can be quite an effective weapon. That’s an interesting storyline, and one which might have played out even better had it been given more time. Although even as it is, it’s a solid piece of work. 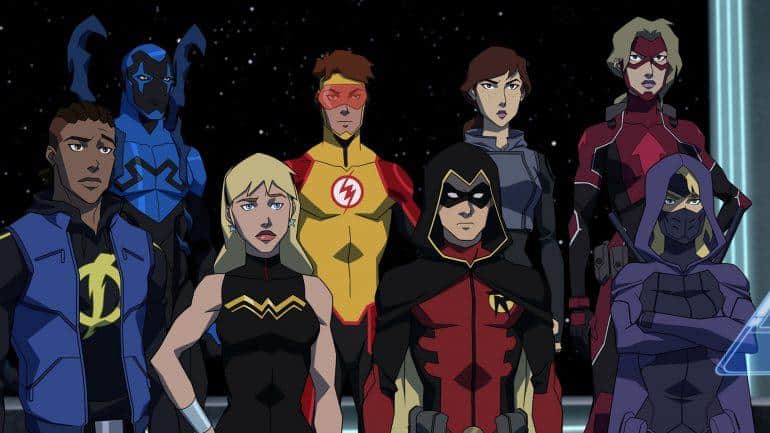 On a meta-level – and isn’t everything meta these days? – the concept of real superheroes inspiring hope also comes at a crucial time for DC in particular, which currently seems torn between embracing a grim-and-gritty “mature” future or an optimistic, family-friendly one. It’s hard to not draw parallels, especially given Granny Goodness’s corrupt business bearing that Warner Bros. shield-style logo. Take from it what you will, but it seems about as subtle as Lex Luthor constantly complaining about “fake news”. Yes, he really does that, as both Batman and Lex continue playing at being a stomach-churning shade of orange.

Sadly, the larger plotline for the season revolving around the Anti-Life Equation never quite lives up to the hype. While the impact of it should feel huge, and at times the stakes do feel as massive as the Starro storyline once did, it ultimately feels like a let-down that’s resolved far too easily and with little effort from our collective heroes. There’s no major payoff, which is especially disappointing given the build-up to it. Every big reveal is too obviously telegraphed, and when characters show their true colours it’s not all that shocking.

Except for one big one, that is. It’s one which flips thirty-plus years of comic book history on its head, and with great success. 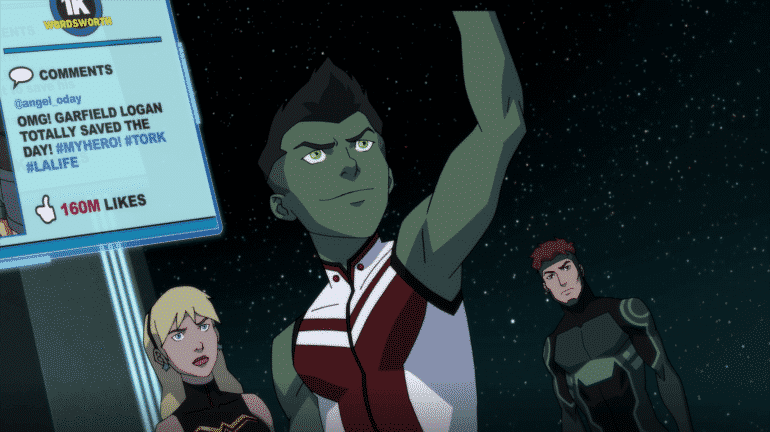 Despite these gripes, there’s still plenty to recommend about the second half of this season. Some of the little twists and cameos are fantastic, especially for veteran comic book fans, and the stories are still mostly solid. More importantly, it’s wonderful getting a chance to see this series continue and hopefully season four will be even better. This show is clearly trying to get the balance right and find its audience again and, for the most part, it succeeds.

When Young Justice: Outsiders works, it works incredibly well. It’s just unfortunate that it doesn’t work all the time.