Yeah Jam Fury: U, Me, Everybody! Review – Heavy-Handed But Whimsical 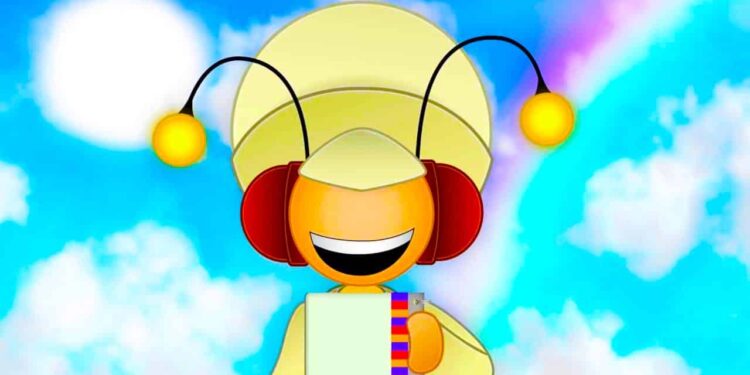 Yeah Jam Fury: U, Me, Everybody! is an indie puzzle platformer that has been recreated from a previous flash released via Newgrounds a few years back. The original game started off as a student project, and quickly gained reasonable popularity on the platform. World Entertainment Studios and McLeodGaming started work on a new version of the game with a rehauled gaming engine, updated art and a few changes to the gameplay and mechanics. The fundamentals of the game, however, remain largely the same and this may be some good news for fans of the original. I tried hard to find something resembling a story within Yeah Jam Fury: U, Me, Everybody!, but there isn’t much there. Don’t misconstrue that as a negative, however. The basic premise of the game revolved around three characters, which operate more like sprites than modern-day characters, each of which has different capabilities and movements to achieve a simple objective to solve each level.

Players are required to solve puzzles, which require you to traverse a mini-map to collect a mango. Seems simple enough, right? Well, things aren’t so straightforward. You have to use each of the abilities available from the three characters to break blocks, scale walls, or create stepping stones. The real tricky puzzles are found when you’re required to switch between any of the characters while still performing your previous character’s ability. There are further challenges to just completing the switch, but a bit more on that later.

There are over 100 levels of unique puzzles to work your way through in Yeah Jam Fury: U, Me, Everybody! before you’ll run out. But it doesn’t have to end there. Players can choose from creating their own puzzles and uploading them to the community, as well as downloading from those created by others with endless possibilities. There’s also a Steam Leaderboard, although I’m not 100% sure as yet how it works or it adds any tangible differences to the game in terms of rewards. As far as the character breakdown goes, the three are split into a yellow, blue and red. Thinking about it, I’m not sure if the characters are one and the same with the actual ability being to morph into these three different personas, or if you’re simply choosing a new character via some magic portal. Or maybe I’m just overthinking this. The three are known as Yeah, Jam, and Fury. Yes, the title of the game.

The first, Yeah, as the ability to fabricate blocks in his path, usually starting off with a set of 5. This can be increased with the abilities of Fury. Fury, AKA Lover Boy, eradicates blocks, which simply break in his wake, each of which adds back to the number of blocks Yeah can create. The third character, Jam, is the navigator of the trio. He’s super-fast in comparison and carries a hammer which also allows him to bounce off walls, with his pace allowing him to scale a wall over a limited section. Most puzzles require the use of all three characters to complete, which makes for quite intriguing gameplay. The game has a decent soundtrack, which hits the ground running right from the start. There may be hints of inspiration from the likes of a few Disney shows and the likes, but it’s fun nonetheless.

Where Yeah Jam Fury: U, Me, Everybody! lacks inspiration is that it often seems mundane playing through the different levels. The added whimsy and humour to the game try to diminish this period in the middle but doesn’t do enough to make you feel it is tedious and heavy. Another aspect that I find really bizarre is how resource-intensive the game is, which struggles a tad to run directly off the onboard Intel graphics. For a game seemingly built on sprites and a series of blocks and pixels, it makes little sense how much graphical power is required. Switching to a rig with a graphics card makes light work of it in the end, but for those without it may be a bit of a challenge. Overall, Yeah Jam Fury: U, Me, Everybody! delivers a mixed bag of goods for me. There’s definitely something there, but I can’t see myself coming back to the game time and time again. While certain puzzles are enjoyable and challenging, the many others that are simply a matter of playing through make it quite dull at times. The addition of the new creation feature will definitely solve a lot of this and has great potential.

The fans of the original may enjoy the newly added touches, but switching from a free Flash game to a paid-for Steam entry may be a difficult bridge to cross.