XCOM 2: War Of The Chosen Review – Makes A Great Game Even Better

The XCOM 2: War of the Chosen expansion starts off on familiar territory but slowly and surely introduces you to a whole slew of new mechanics, characters and enemies, each bringing something new to the much-loved game. Initially, I was concerned that War of the Chosen would just be more of the same (which isn’t a bad thing). However, after a few minutes of playing the game, I soon realised that there was more to the expansion than first meets the eye. Sure, I was still sending in my squad of soldiers to face the looming alien threat and, yes, I was still chucking grenades and getting emotional when losing an important squadmate, but what War of the Chosen adds to the game helps to expand on what was already a great experience. The first thing players will notice when heading out on missions in XCOM 2: War of the Chosen is the new Sitrep mechanic. This mechanic adds a modifier to the standard missions, these include being limited to only taking low-level soldiers on a mission or being faced with the game’s new zombie type enemy, the Lost. Not only do these Sitreps effect which soldiers and equipment players decide to use but also helps keep the missions from feeling repetitive and stale.

Players will also be introduced to new allies/factions to aid them in the fight against the ADVENT. There are the Reapers who specialise in covert operations and taking out their foes from the shadows, the human-alien hybrid Skirmishers, ex-ADVENT soldiers who love getting into the thick of things, and, lastly, the Templars whose psionic-powered attacks means they tend to get up close and personal with their opponents. Each of the new factions feels distinct, not only in the way they approach combat but also in the way they level up their skills and how they react during the game’s story missions (as you might guess they aren’t too fond of each other). I found these new heroes to be a welcome addition to my squad, especially when things got out of hand. Speaking of all hell breaking loose, War of the Chosen also introduces a new enemy type called The Lost, basically a creepier version of a zombie. These creatures are all that remains of the unfortunate humans who found themselves in the path of the alien’s first invasion. Now, while these shambling monstrosities might at first seem like a pushover, especially when taking into account that killing them with a headshot does not count as an action (which means you can string together kills until you run out of ammo), they can be overwhelming when attacking in large swarms. While your soldiers might be tempted to blow up these enemies using explosives, it’s important to note that loud noises attract even more of them, which could quickly turn the tide of battle. Being the mindless space zombies they are, the Lost do not align themselves to any of the factions found in in the game, which means they are just as big a threat to the ADVENT as they are to you. Of course, this can be used in your favour in some cases. I found myself relying a lot on getting a group of the Lost to attack an ADVENT squad while my soldiers sprinted to the extraction point. While the Lost might be considered a mindless threat, the same cannot be said for the Chosen. This trio of new enemies will become the bane of your squad as they harass you throughout your time spent playing War of the Chosen. Each of these new “mini-bosses” falls into a different archetype, namely the Assassin, Hunter, and Warlock.

The Assassin (as the name implies) loves sticking to the shadows and using powerful melee attacks to deplete your soldier’s health pool. The Hunter tends to attack from a distance as your squad scrambles to find cover. The Warlock is a powerful psionic wielder taking out your squad with its powerful abilities. What makes the Chosen so intimidating is that they can pop up anytime during any mission and they can’t be completely killed off until you discover their hiding place on the world map. I quickly found myself rushing through missions as I feared that one of the Chosen might appear at any time. Of course, rushing caused me to make stupid mistakes and lose soldiers in the process. Having the continual fear of these powerful foes showing their faces at the most inopportune time makes playing XCOM 2 an even more tense affair. The Chosen wouldn’t have been such a massive threat if it wasn’t for the fact that War of the Chosen introduces yet another system to get you invested in your individual soldiers. The new Bond system sees soldiers that go on missions together forming a bond which in turn affords them certain perks during missions. While these perks can be a valuable asset during missions, there is a downside. Should a soldier be killed or captured, the soldier they formed a bond with will develop an emotional scar that will decrease who they fair in combat. Not only did this system make me care even more for my ragtag squad of soldiers but it made losing one and seeing the effect that has on the squad even more heart-wrenching. I’ve always stick to my preferred team of soldiers when playing XCOM 2 but, thanks to the new fatigue mechanic, it has become even more important to have a large pool of trained soldiers to choose from. Where soldiers who found themselves taking a bit more damage than they anticipated during a mission might have had to recuperate from their wounds in XCOM 2, War of the Chosen now also adds a fatigue mechanic to deal with. Although fatigued soldiers can still suck it up and head out on missions, it means that they are more likely to panic and might even pick up negative traits that could affect their combat readiness. XCOM 2: War of the Chosen irons out some of the niggling issues that XCOM 2 had (such as those darn difficulty spikes) and does something that I didn’t think possible. It makes an already great game better. Not only did I find myself caring more for my squad of familiarly named soldiers, thanks in part to the introduction of the new systems, but I started to both hate and fear the Chosen. While it might seem at first that XCOM 2: War of the Chosen doesn’t change much, it quickly becomes apparent that Firaxis has been able to create an even more tense, enjoyable and sometimes emotional experience. If you already loved XCOM 2, get ready to fall in love with it all over again. 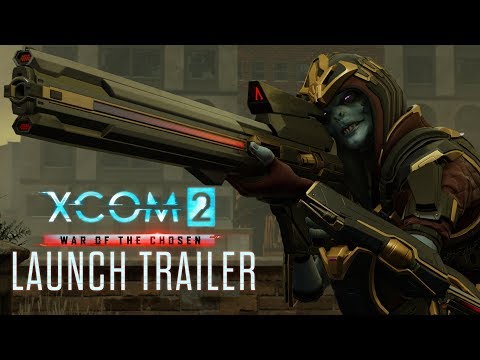