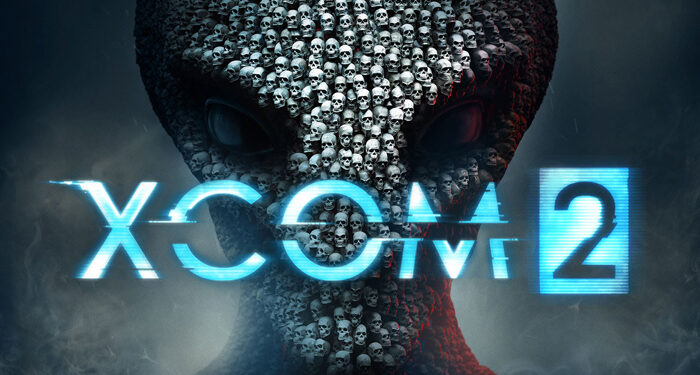 I’ve had a rough day, a very rough day. It started off with my squad departing on a routine intel gathering mission, a routine mission that saw my team leader being killed in action while saving a fellow squad member’s life. The untimely death of Captain Kirk Killalot haunted me throughout my play through, and he was not the only soldier I had lost trying to save the earth. I watched as names of long dead soldiers started filling up the memorial wall, soldiers that bravely fought next to each other for a common cause. In XCOM 2 death isn’t just possible, it is inevitable. [dropcap]X[/dropcap]COM 2 has finally arrived on consoles and it is just as tough as nails as its predecessor was. The XCOM initiative has failed and the alien invasion of Earth was a success, humans have been subjugated by the new regime called the Advent. You are tasked with rebuilding the XCOM initiative, stopping the Advent and taking back earth. This might sound easy enough, but building a revolution is difficult. I found myself failing on more than one occasion, losing more soldiers than I should have. In XCOM2, just like in XCOM Enemy Unknown, the battles take place on two fronts. The first tasks you, as the commander, with upgrading and building your mobile base called the Avenger. It’s here where all the important research takes place, research that will let you build stronger armor (making your soldiers less squishy), deadlier guns (that will make the enemies die quicker) and all manner of upgrades to get you ready to take on the Advent. Managing resources effectively becomes a continuous juggle, the most important of these resources being time. Something that I learned early on was that unlike the Rolling Stones song, time was never on my side. You see, each item you construct, each bit of research you do and even every autopsy you perform requires a certain amount of time. XCOM 2 has an ever present doomsday clock, which continues to count down until it reaches zero and you lose the entire campaign. It’s making tough decisions like, “do I make my soldiers more durable or more deadly?” that will drive how you manage your time. Where the XCOM series has always shined is by making you care about your squad of soldiers. Each soldier can be customized in the way they look, speak, their nationality and what equipment they carry, but none of these customization options compare to the most important, the ability to name your individual soldiers. Now it might seem strange that I place such a high regard on the ability to name your soldiers (after all its just a name), but it’s this option that inevitably makes you start to care more for each soldier than you should. I highly advise you to name your soldiers after friends and family members as this will make you think twice before sending them into danger, well unless it’s the soldier that is named after that one cousin you don’t like. Of course, how do you win a war if you don’t venture out of your base to shoot stuff? The second front that gameplay takes place on sees you sending out a customized squad of soldiers on various missions, each map is procedurally generated, with combat taking place in turn-based rounds. Most of these missions begin with the enemy not being aware of your squad’s presence. This is new mechanic emphasizes the games guerrilla warfare setup. Your squad will remain hidden until one of the squad members gets spotted by the enemy (probably that one cousin you don’t like). This new mechanic allows you to sneak past enemy patrols and set up choke points and ambushes for when the crap inevitably hits the fan and all hell breaks loose, and believe me, it will. Once your squad has been spotted, it’s time to start worrying about your soldier’s safety. There is nothing more satisfying than when your perfectly planned ambush succeeds without a hitch. However, there is nothing more frightening than when your team is caught in a vulnerable position with no escape. Enemies will take advantage of any mistake you make as you’re well thought out plans start to crumble. Most missions are timed meaning that the slow and steady route might still cost you the mission, but going in guns a blazing could cost you soldiers lives. It’s finding a balance between completing missions fast and effectively without compromising the safety of your squad that adds to the tension of each mission. Luckily your soldiers not only become better by equipping them with the latest technologies but as they complete these dangerous missions they gain experience which in turn lets them level up and unlock new abilities. Unlocking new levels changes your rookie soldiers into one of XCOM 2’s five new classes. Rangers are quick, agile and can cover large distances. Sharpshooters are basically your sniper class that can take out enemies from across the battlefield. Grenadiers can shred cover with their miniguns and blow up buildings with their grenade launchers. The Specialist has access to a drone which can heal allies or hack into enemy systems. The fifth class only becomes available later in the game.  Watching a rookie soldier becoming an unstoppable weapon of destruction is satisfying, but losing that soldier is just as devastating.

Enemies in XCOM 2 are a lot more varied this time around. Most of the aliens you loved (and mostly hated) from the previous games have returned, albeit with some new abilities and even visual upgrades. The game does introduce some terrifyingly new enemies as well. The weirdest by far being the sentient faceless goop, that can shape-shift into human form at will and then flank you unnoticed. It’s the constant introduction of new enemies or old ones with updated abilities that forces you to keep changing your tactics, sometimes even on the fly. Hiding behind cover taking your foes out from afar might initially do the trick, but there will be times you will need to get up close and personal. It all depends on what the situation requires. XCOM 2’s strength, just like its predecessor, lies in juggling resources and using those to complete missions, but by far its most impressive accomplishment is getting you to care for each soldier that you sent out into battle. Although the game might seem difficult at first, each failed attempt teaches you valuable lessons on what not to do and what to do. Although the enemies can be deadly most of my valuable soldier’s deaths were because of mistakes I made. I’m personally not a huge fan of timed missions and campaigns, but I found that this continually forced me to think ahead, and also added to the overall tension that the game creates. I did find that some of the loading times felt excessively long, this made me experiment less as the prospect of reloading and blankly staring at a loading screen kept haunting me.

XCOM 2 once again shows that getting players invested in a game can make all the difference. The squad customization, the base building, and even the research all create an experience that is unique to you and changes each time you play the game. I’ve lost good men and woman to the alien menace (well, except that one cousin that I don’t like), I’ve made though decisions that will haunt me during my play through but most importantly I’ve enjoyed every punishing second of XCOM2.
Remember, the future of Earth is in your hands, good luck commander.