Xbox One Controller For Windows Review – Bluetooth May Turn You Blue 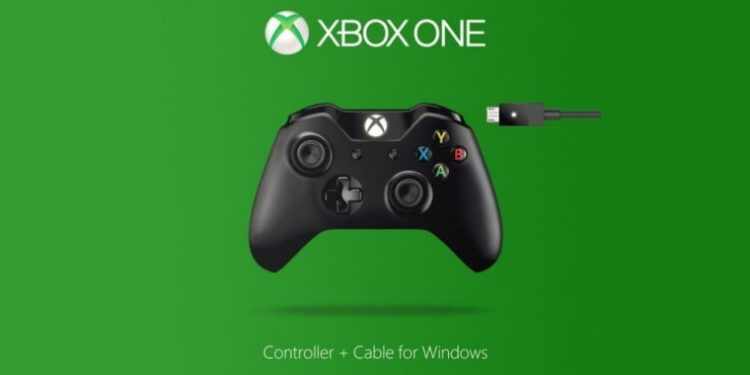 The Xbox One controller has been a favourite for many PC gamers, and while there may still be an ongoing debate as to which console controller is best, you may be a bit more limited when it comes to using both on PC. What has really been great with the original Xbox 360 controller was that it just worked. Whether you used a wired version, or the adapter offering wireless capabilities, it worked. There were many that anticipated the release of the Windows version of the controller shortly after the Xbox One launched in 2013, but buyers had to wait some time for the release, one without the need for the additional Windows adapter. PC gamers have the great luxury of a keyboard and mouse setup for many games, often adding a significant advantage to the user when playing online versus their console counterparts. But that isn’t to say the keyboard-mouse combo is best suited for all games. There are many arcade type games that work much better using a controller. Games often just feel right using a controller. Games like Mortal Kombat X, Super Meat Boy or Street Fighter IV, for example, just don’t play as well on the keyboard, especially if you’re in the company of a few friends competing in two-player clashes.

Microsoft announced the update to the original Xbox One controller for Windows, equipped with a new Bluetooth radio support. In addition to the release, Microsoft also started rolling out their Anniversary Update for Windows 10 in August, which promised to add a number of capabilities with driver updates. Having received the unit for review only recently, I went in with the assumption that any issues that may have plagued the controller in the past were adequately dealt with, and I could simply enjoy the wireless experience of the new controller.

From the first use, there were one or two annoyances. Connecting the controller via the wired option was simple, quick and easy. But this is not how I wanted to use the device. After a few tests using the wired capabilities, I promptly switched to the Bluetooth option, inserting a pair of batteries and long-pressing the Xbox button on the controller. While the button was flashing as it should, I wasn’t immediately able to detect the controller via the Bluetooth connectivity screen from the settings menu in Windows. After a few attempts and different strategies, I managed to pair the two devices. I enjoyed many hours of gaming using the controller, playing games aptly suited to the console controller, blissfully unawares of the frustration to follow. After having put my PC to sleep, I decided to have a go at another round of gaming on the same day. I then realised that I couldn’t simply turn the controller back on and continue my gaming, instead, I was left to battle with the Bluetooth connection yet again. This already posed an issue for me. After three or four more times experiencing the same issue, I quickly hit the Web to search the forums. While I didn’t find any clear answers, what I did find was that there’s an even bigger issue underlying the Bluetooth capabilities that many users were only able to connect one Xbox One controller using the Bluetooth at one time.

While there were many suggested workarounds, even Microsoft promising a soon-to-be-released firmware patch, many users are still today unable to use multiple devices at the same time. I find this alone unacceptable. I often use my Xbox 360 controller to play two-player games on the PC and knowing that this may be an issue for the Xbox One wireless controller is troubling for me.

The biggest gripe I had, however, was the suggestion of updating the firmware for the device to get the full capabilities from the Windows 10 Anniversary Update. The issue here is that you have to find the app within the Windows Store, install it, boot it up with the Xbox One controller, and then be prompt to update the firmware. I don’t really like venturing into the Windows Store, and not having the option to update this via the settings menu adds to some of my frustration. In contrast, using the device on your Xbox One console doesn’t require any of the same objectives, being able to automate the update when prompted.