WWE2K17 is here! Featuring over 150 playable characters, the roster is stacked with current legends, such as Brock Lesnar, The Undertaker, Chris Jericho and John Cena, and old-school favorites like Razor Ramon, Steve Austin, Goldberg and Bret Hart. Not only will you be able to face-off against each other in the squared circle, but you’ll also be able to take the fights backstage, through the crowds and in various stipulated matches. It’s beautiful carnage, which you’d expect from a WWE video game by now. 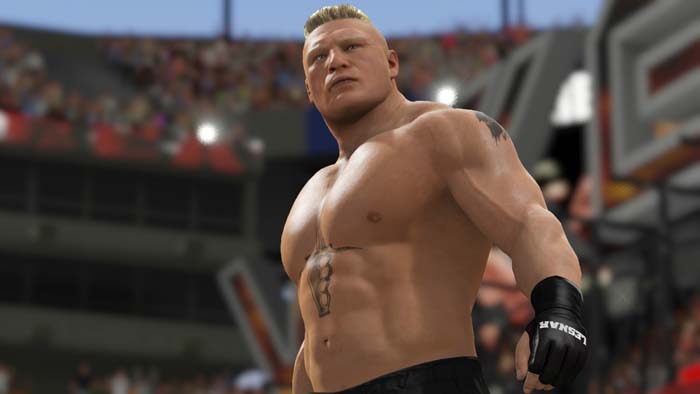 [dropcap]A[/dropcap]s with previous entries, one of the shining lights is the Create-a-Superstar mode and taking your character on a bruising WWE journey. Every passing year, this mode gets better and better, allowing more choice, tweaks, and options to create characters to your heart’s content. Heck, I even saw a YouTube clip of a gamer who created Matt Murdock and the character looked awesome. Maybe we should all create CM Punk for the lols and to stick it to Vince as well…

Despite the abundance of cool features and modes, the WWE Universe Mode, which is editable by the way, remains supreme and allows you to shape the future of wrestling and play as multiple characters. You can create alliances, backstab people, win titles and be a total douche if you want. It’s exactly like being a WWE Superstar, without the injuries and Twitter abuse. 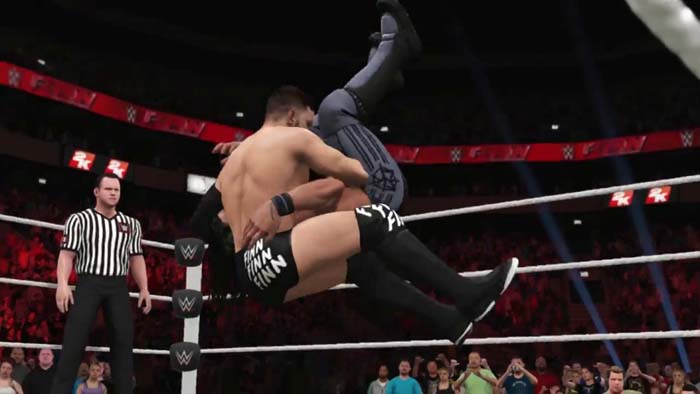 Sadly, the game’s control mechanism is its biggest letdowns. Executing moves is a backbreaking task and the characters feel as if they’re laboring to throw a basic kick or punch; you’ll find yourself bashing buttons to see if anything works. It’s surprising considering how a game like WWE Smackdown! vs. Raw 2006 had an intuitive control mechanism where beginners and experienced players could pick it up and enjoy the game instantly.

One of the other problems with previous editions was the timing of reversals, and it’s also another bust here. It’s next to impossible to block a move and you’ll have your butt handed to you every time. The developers should also consider including a better in-game tutorial, since some of the features, such as promos, will confuse first-time players who won’t know what to do. Even I found myself pausing the game and reading up on the Internet about the game more than actually playing it. 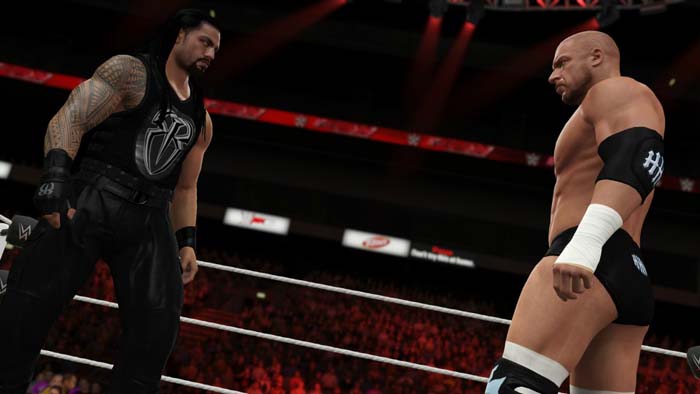 Overall, WWE2K17 looks terrific and is packed with enough snazzy features to keep wrestling fans happy until next year’s inevitable release. However, the developers need to have a serious look at that damn control system. While WWE is known to be complex and convoluted, its games shouldn’t be.