WWE Live South Africa – What Happened (And What Didn’t Happen)? 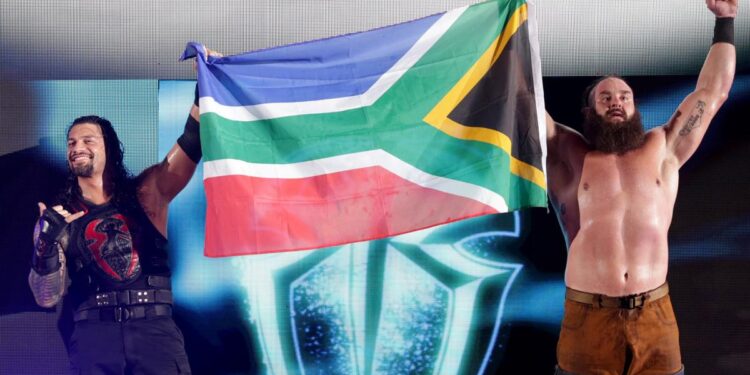 One of the biggest criticisms of the WWE in recent years is that there’s a distinct lack of major superstars coming through the ranks. In the past, there would be big names like Hulk Hogan, “The Macho Man” Randy Savage, Bret “The Hitman” Hart, “The Heartbreak Kid” Shawn Michaels, The Undertaker, “Stone Cold” Steve Austin, The Rock, Triple H, and John Cena – but who’s replaced them? Moreover, who’s on the same level of fame and can be instantly recognised by non-wrestling fans?

Well, WWE Live South Africa proved to be a good glimpse into the future of the business. Without a Lesnar or Cena on the tour, it was up to the new breed to show fans what to expect – and it looks like we’ve got nothing to worry about yet.

The Johannesburg show at the Ticketpro Dome opened up with a pre-recorded message from Raw General Manager, Kurt Angle, welcoming the crowd. The former Olympic gold medallist did make a notable gaffe, though, as he told everyone to enjoy the evening when it was a day show, but we’ll let that slide.

The first match was a tag-team contest featuring Seth Rollins and Finn Bálor versus The Bar (Sheamus and Cesaro), which should’ve been higher up the card. The audience was hot for Rollins and Bálor’s entrances and didn’t lose their enthusiasm throughout this excellent to-and-fro encounter between these four cultured superstars. As expected, Rollins and Bálor came out on top and executed all the spots that the crowd expected. Definitely the match of the event.

While the crowd loved the opening match, it was indifferent to the next one, which was a Cruiserweight Title match between champion Cedric Alexander and Drew Gulak. It’s a shame, really, because the two of them put on an engaging battle, which was won by Alexander in the end.

Next up was a triple-threat contest between Sasha Banks, Bayley, and Asuka. Truth be told, I underestimated Asuka’s popularity because the roof almost blew off the Dome when her entrance music hit. The three performers gave us what you’d expect from this type of match: lots of near falls, interruptions, and false finishes. In the end, Asuka made Bayley tap out to win it.

Probably the worst match of the evening followed: Matt Hardy and Bray Wyatt versus Luke Gallows and Karl Anderson. Yes, people went crazy for Hardy’s “delete” shtick but there wasn’t anything else to get excited about in this contest. They played to the audience, but the skills on display looked like the wrestlers had consumed a few too many drinks in Pretoria the previous evening. Fortunately, it didn’t last too long as Hardy and Wyatt emerged victorious.

After the interval, Apollo and Titus O’Neil (Titus Worldwide) took on Bo Dallas and Curtis Axel (The Miztourage). If you were still uncertain, this contest proved what we’ve all known all along: Dallas and Axel are in trouble without the Miz. They had no heat and succumbed to Titus Worldwide. You have to wonder what’s next for Dallas and Axel with the Miz on Smackdown! now…

Next up, it was Nia Jax defending the Raw Women’s Championship against Mandy Rose (accompanied by Sonya Deville). While you might’ve expected it to be a squash match, Rose played the cowardly heel role to perfection as she delayed the inevitable Jax win.

Before the main event began, Elias got in the ring and jammed his guitar. The crowd played along with him, until he turned on Johannesburg and insulted the audience. His heat was intense, and shows that he has a future as a big-time heel in the business. When he questioned who’s a bigger music star than he is, out came AKA. Honestly, their whole back-and-forth thing was a little cheesy and forced, but the crowd lapped up seeing one of Mzansi’s own in a WWE ring. 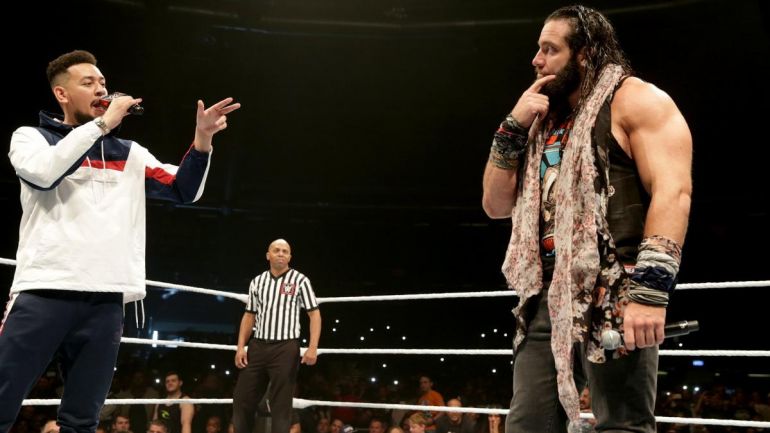 Samoa Joe joined Elias, as the gargantuan Braun Strowman made his way out to protect AKA. Joining him was the man who received the biggest pop of the day: Roman Reigns. While he might not be loved by the US crowds, South Africa adores him.

The match did prove something: Reigns has a very limited range and only a handful of attacks in his arsenal. That said, he knows how to use what he has and it’s no surprise that the children, in particular, went crazy for him. He’s a little like a superhero in the sense that what he does (for example, the Superman Punch) isn’t plausible as a major attack, but the kids suspend their disbelief and idolise him.

Reigns and Strowman did the damage and picked up the pinfall, closing off the show by hoisting up the South African flag at the top of the ramp.

From a production perspective, the WWE showed why it’s at the top of the sports entertainment pack. There were no delays and everything went as smoothly as possible. You can see that these productions are almost second nature to them, and they’re consummate professionals in all they do. Heck, even when Rollins and Asuka came out to the VIP reception for a small press conference, they never broke character and made sure the mystique remained.

Unfortunately, the Dome’s organisational skills were the same as always: a mess. Ushers sent you the wrong way. Doors that you walked through were closed at the interval and you were forced to go down one single set of stairs with a thousand other people. The drunken people were allowed to be nuisances and puke all over the place – certainly something that no parent wants their child to see. For the price of tickets to this event, you’d expect better and a little more control, but hey, the Dome is at least consistent in never being organised.

All images courtesy of WWE.com.

WWE 2K22 Roster Acknowledges the Heads of the Table 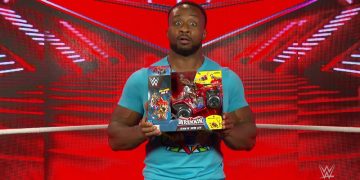 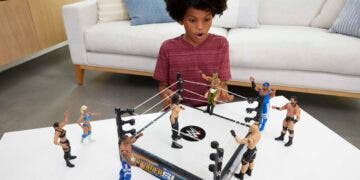