For those who may cringe at the thought and find wrestling a bit hard to take seriously, it’s understandable. After all, it’s all fake, right? And if watching wrestling is unappealing to you, then why read comic books about it? If that’s your attitude, prepare yourself for a shock: this is pretty damn good. We review WWE #1. 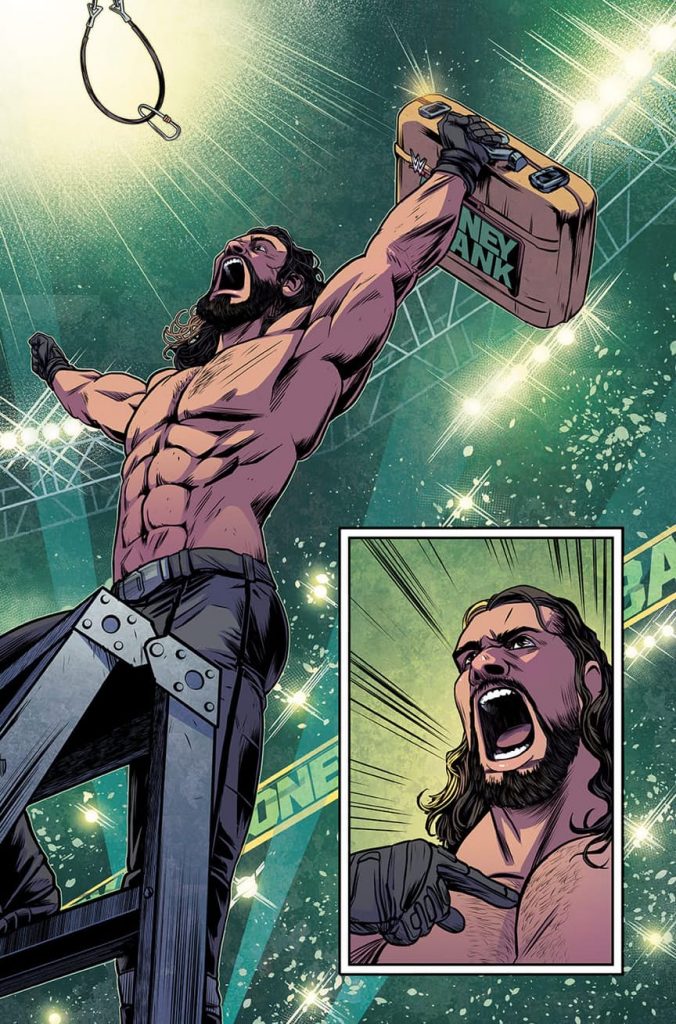 Meet Seth freakin’ Rollins, the so-called architect of The Shield – a trio of wrestlers who rained down destruction on anybody who got in their way. Things were going well for the group until Seth Rollins betrayed his friends and set his sights on a new goal: to become WWE champion. That path started taking shape at the Money In The Bank tournament, where he won a contract to challenge for the championship title. But what happened after that, and what did it take to win?

Despite constant run-ins against his former teammates and the regular chiding of his boss Triple H, Rollins works tirelessly to make sure that he’s as good as he thinks he is. Yet it becomes clear that getting to the top and staying there are two different things…

Next, in the backup story, tag team The New Day travel through time and learn that their beloved trombone, Francesca II, can hold her own against a T-Rex… 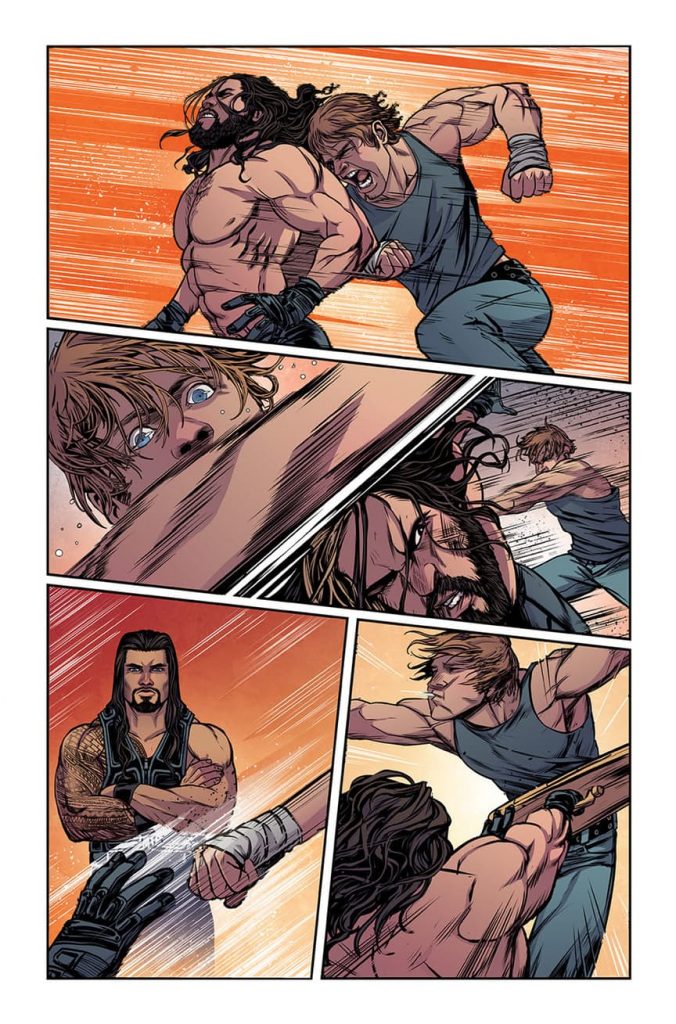 Those who do know wrestling will be the first to tell you that there’s more going on in the world of the squared circle than first meets the eye. Many of the wrestlers are comic book fans, and it shows. Reality blurs with fiction in wrestling, whilst the storylines take twists and turns which play out in sometimes surprising ways. At its best it can be the world’s most elaborate, physically-aggressive ongoing soap-opera. It can be funny or romantic, tragic or heroic, depending on the story. And that’s captured wonderfully in the main story of WWE #1.

Seth Rollins actions in betraying The Shield may have made him the villain on screen, but here he comes across as a tragic figure who was handed a golden opportunity but then was constantly denied making the most of it. It’s an intriguing concept, and one which long-time fans should find interesting since it adds even more depth to the events around that time. The writing on it is, to be blunt, a fantastic character study and the artwork is great.

Sadly, the same can’t be said for the New Day feature.

While it captures the irreverent fun of the tag team, the cartoonish silliness clashes unnervingly with the main story, creating a bit of an uneven feel. Thankfully it’s just a couple of pages long, and depending on the reader it’ll either be loved or hated.

On the whole though it’s a clean win for WWE #1, and good enough to make readers want to tap out for more. 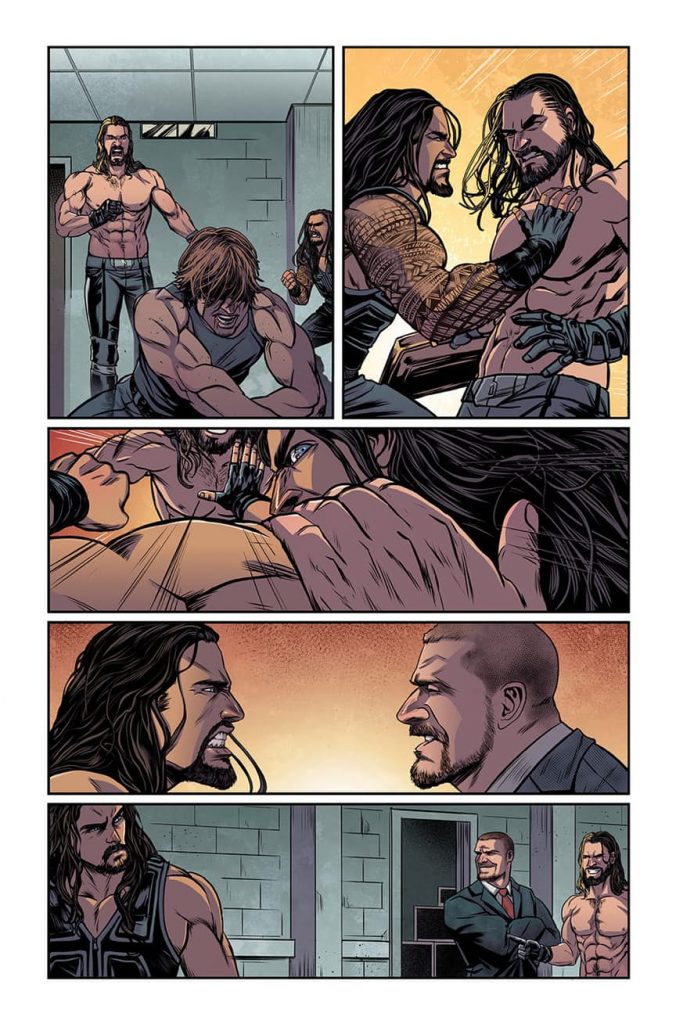