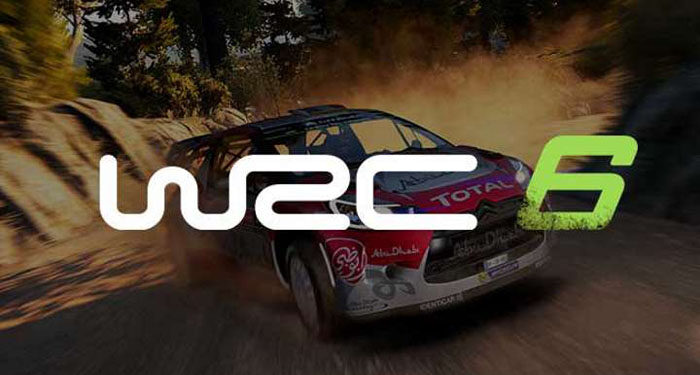 I have been playing a lot of racing games lately. Most of them are really good. I would go so far as to say that this year has been one of the best for racing titles in a long, long time. Forza Horizons 3 – Awesome! Sebastien Loeb Rally – Awesome! F1 2016 – Awesome! Dirt Rally – Awesome! WRC 6 … um… not so much… Almost all games studios seem to have addressed the issues fans have been having with their titles for a while:

[dropcap]J[/dropcap]ust to be clear, WRC 6 is NOT the turd in the punch bowl. It is actually a pretty good rally sim, and maybe the second best one available currently. It has everything you would expect from a new-gen console racing game, a full 14 race season, including the new Rally China stage, an eSport online mode, a Career mode and racing simulation setup options, but the problem is, it just doesn’t do any of it brilliantly.

It’s natural competition, I think, would have to be DiRT Rally, and that matchup was never going to go WRC 6’s way. DiRT Rally is excellent. It is a beautiful looking, beautiful sounding rally racing sim. It includes cars from the 80’s and 90’s, Rally Cross stages and the attention to detail is phenomenal.

WRC 6 does not look or sound as good. This is purely down to the fact that it farts and stutters along at 30 FPS, which in this day and age of super consoles and 60 FPS, is unacceptable. Actually, everything feels a little previous gen. Dust and water effects are weak, and the sound, for some reason is turned down as the default in the options menu. The car selection is also very limited, at least at the time of release. There is a Toyota Yaris DLC which will be available soon, and they all carry the official sponsorship branding, like Total Abu Dhabi, Hyundai i20, and M Sport, but, let’s be honest, they are all hatchbacks and they all look very similar. This, I’m sure, is due to the title being an official FIA-sanctioned racing sim.

The stages are very beautiful, and that’s what makes the poor frame rate issue so annoying. Broad sliding through Argentina and cresting jumps in Finland while the setting sun dapples your car’s bonnet is ruined by the over sharp graphics struggling to keep up.

Having said all that, it does have a lot going for it. The Career mode doesn’t touch that of F1 2016 (but then, what does?), but does allow you to build a bit of a rep for yourself as you progress through the WRC 2 feeder series. You get to pit yourself against the actual series leaders such as Thierry Neuville, Kris Meeke , and Elfyn Evans. You can pit yourself against any of them, or a friend, in the new 2 car split screen mode, which proved to be quite a rush.

This title requires you to commit.

I found it very difficult to play with a controller as you have to give every stage the beans in order to get the kind of handling from the car that you require. Pootling around almost always ended in tears for me. When I was wringing its neck and chucking it into corners, the cars dynamics seemed to come alive. The types gripped and the suspension seems to take the punishment easier. The narrow tracks, littered with obstacles, are very challenging, and getting them right does leave you feeling like the mutt’s nuts!

A word of warning, though, don’t get into your real car for any reason for at least a few hours after playing. The urge to see what a real car handles like when handbrake turning on loose gravel at 100 kph will not return good results…

Another nice development is the difficulty setting. There is no lengthy settings process. You simply tell the game how much rallying you have done and then it fills in the blanks based on your introductory/tutorial challenge. Easy peasy. The development of this title has been handled by a fair number of studios over the years. Evolution Studios probably had the most success with it. Rally Evolved was one stonking game which personally I think changed the direction for all rally titles to come.

Milestone took over the reins, and one got the impression they were just doing just enough with the title to ensure a minimum viable product.

Now we have Kylotonn Studios at the helm, and you’d think any developer with a name like that would create something that would climb into your skull and tap dance on your brain!

But, alas, no. As their second shot at it (they were responsible for the tepid offering in 2015) you would think they would start taking a few chances…

So those are my thoughts. Would I recommend spending money on this game? No. Maybe if you are looking for a Christmas gift for someone and all the copies of DiRT Rally are sold out.

WRC 6 is a disappointment, but not to worry, there are plenty of other titles out there currently. Like I said in the beginning, this has been a good year for racing games, spend your money on one of them rather. 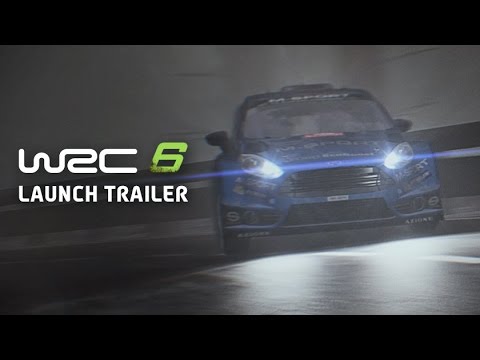