When the Saudi Arabian GP was first announced to the Formula 1 calendar in November 2020, it sparked a few debates. However, despite the push by fans and activists against its addition, Formula 1 has been on the offensive in promoting the race. Ahead of the December 2021 schedule, the organisers have embarked on building the world’s largest LEGO Formula 1 car as part of its promotional campaign.

The build was completed on-site at Jeddah’s Red Sea Mall where it will remain for a few weeks. Take a glimpse of the time-lapse which showcases the build in progress: 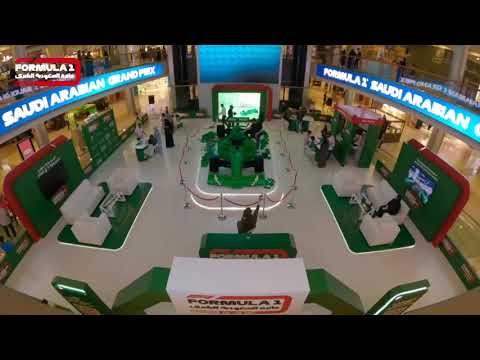 This was, in fact, an official attempt to build the largest LEGO Formula 1 car.

As such, the LEGO Formula 1 car has since been verified by the Guinness World Records, making it official.

Looking at the stats behind the build, the structure includes over 500,000 LEGO bricks. These were placed by professional Lego builders, while beating the previous record set by Ferrari in 2019. That car consisted of around 350,000 bricks. The record officially belongs to the Saudi Automobile & Motorcycle Federation (SAMF).

The final brick of the structure was laid by SAMF’s Chairman, HRH Prince Khalid bin Sultan Al-Abdullah Al-Faisal. This was completed yesterday, 23 September, which is also Saudi Arabia’s national day. Al-Faisal had this to say about the feat:

“I am ecstatic to announce the completion of the world’s largest-ever LEGO brick build of a Formula 1 car – fully approved and certified by Guinness World Records!”

Once the promotional campaign has ended, SAMF intends to sell off each of the pieces gone into building it. Proceeds from this sale with be going to Ehsan, Saudi Arabia’s national platform for charitable work.

The inaugral Saudi Arabian Grand Prix takes place between 3 and 5 December 2021. It is the second last race of an already dramatic season.

RELATED: Johnny 5 Is Alive Thanks To A New Short Circuit LEGO Set