World Of Warriors Review – Lacks The Heart Of A Warrior

Mobile gaming is a genre that gives me shakes and twitches if I go anywhere near it. The targeted pop-up ads, the constant in-game currency needs, the way you are gated off from gameplay constantly – it’s enough to make me run for the hills. So, knowing all that, can there be merit in the game itself, if all that nonsense is stripped away? That’s the question World of Warriors seeks to answer. World of Warriors (the new acronym for WoW, let’s make it a thing) is a mobile game released in 2014. It’s a fairly typical tap and click event, with colourful little cartoon characters based off of various themes. This PS4 update changes up the gameplay and streamlines the characters – from 140 to about 40. Only ones with historical theming have made it into this release, and the overall theme is of historical matchups. There’s an impressive array of variety when it comes to the characters, despite only being 40 – it’s not just knights, Vikings and ninjas, although those are all there. There are Iceni warriors, Florentine knights, Hwarangs, Gauls, Maoris, Saxons, Zende, and Zulu that all have a feature here and more. It’s a wonderful array of cultures at least, and nearly every area gets represented. The only problem is that the characters have a chibi-esque art style that means sometimes they look far too similar to each other when in motion, but the idea is good in theory.

The gameplay is set up in an arena – several fighters take the field, and you control with basic attacks and stronger attacks that you link together in combos. You also have a power attack, and you can dodge roll away and block and parry and all that good stuff. Each character has a different set of passive and special abilities, and they level up from use. Your battles are generally in one or two forms – either 1v1 or 2v2 fights, or arena fights where you take on waves of enemies. Thankfully, the paid for content has all been removed – no microtransactions here. The only downside (and it is a big one, unfortunately) is that the combat doesn’t really ever progress.

Your first fight will feel very much like your last fight in the game, barring a couple more combos. The biggest problem with World of Warriors is that there isn’t really much to it – fights against the AI get quite samey, and the backgrounds are only slightly different. Levelling up is not much of a reward. The most fun you can have is in local co-op or versus, where the presence of contests against a friend can always be fun. Barring that, I don’t really know what this game can be for. There are better arena fighters, better traditional fighters. I guess if you got it for free you wouldn’t mind having some fun with it, but I can’t imagine spending money for it.

The idea of it is nice – updating a mobile game for the PS4 and taking away the rubbish aspects of it. However, in practice, the DNA of a very basic game shines through, and it doesn’t have much space to grow. I guess it’s alright. Maybe they can ruin World of Warriors with 7 expansions like the more famous WoW too? #ControversialOpinion. 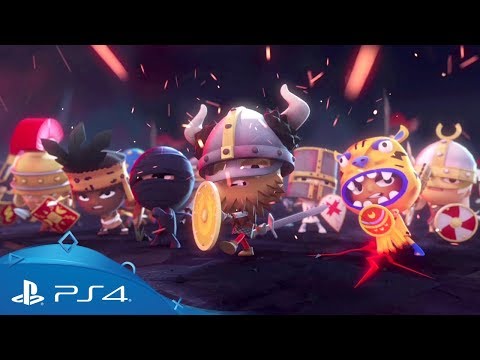