Wonder Woman’s Marketing Has Hit Another Bump With Diet Bars 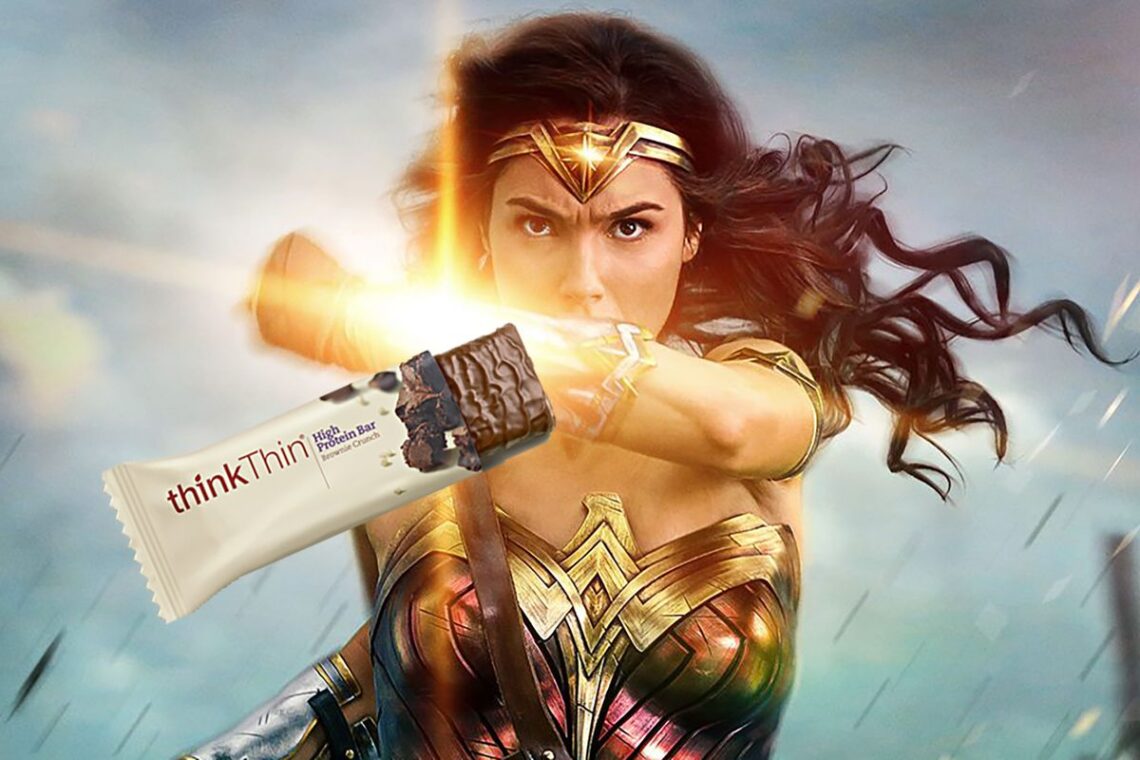 It’s not been the easiest road to the big screening for the marketing team behind Wonder Woman, starring Gal Gadot. Not only were certain fans upset over the feminist pop culture icon’s lack of armpit hair in the recent trailers, but now they’re complaining about the partnership with ThinkThin diet bars too.

Wonder Woman, the first comic book movie with a lead female protagonist in the DCEU, is just a few weeks away, but a new brand partnership with ThinkThin diet bars has sent certain fans into a tailspin once again. Many believe that the marketing is full of ‘mixed messages of unrealistic standards’ forced upon women and that ThinkThin is not a slogan ‘associated with a fierce warrior’.

In a statement about this new partnership, ThinkThin president Michele Kessler says: “We love that Wonder Woman has super strength and we’re proud to offer delicious products that give women the everyday strength they need to power through their day.”

Of course, that didn’t stop the internet from commenting:

Shilling body-shaming "think thin" weight loss bars is a betrayal of Wonder Woman's character, which is par for the comics course right now