Wonder Woman Is Named Honorary UN Ambassador For The Empowerment of Women And Girls: Here’s Why That’s Valid

Wonder Woman has been named an honorary UN ambassador for the Empowerment of Women and Girls for her 75th anniversary.

Current Wonder Woman actor Gal Gadot joined by Lynda Carter, who played the Amazon on TV, were presented with the award at UN headquarters yesterday.

However, as some at the UN might disagree with awarding Wonder Woman the honour, here’s why she’s perfectly worthy of the title: 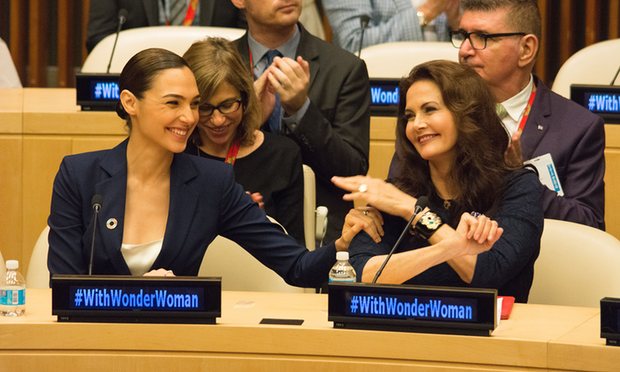 She was created and inspired by feminists of the 20th century and is still undeniably a feminist icon that has stood the test of time. Her very creation by a women’s advocate was to give girls an alternative role model to the societally expected docile and submissive women.  So she was someone they could aspire to be like, a woman with unquestionable strength that is equal to that of the strongest man –Superman.

Another reason, her characterisation in no way typifies the treatment female characters are unfortunately subjected to in media. We can enjoy concentrating on her modern-day story without the annoying distractions of constant and recurring love interests and boyfriend chasing, female jealousy and an obsession with her appearance, as her simple bodysuit matches the practicalities of warrior combat while displaying incredible female athleticism. 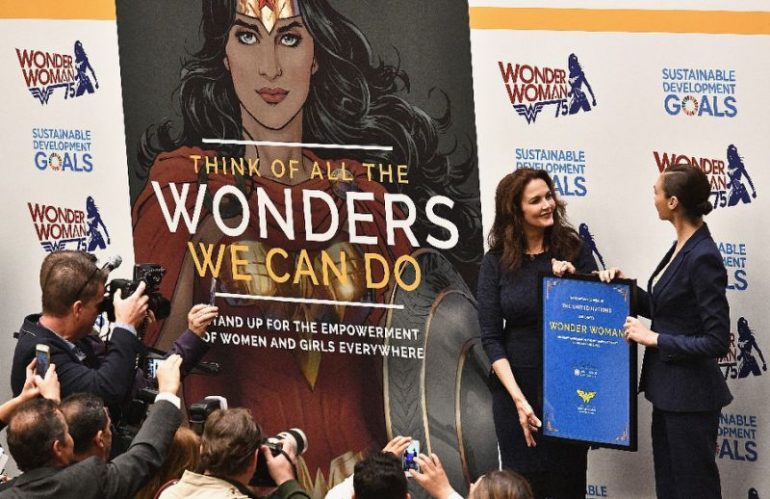 In addition to that, Diana’s empathetic personality, confident conviction in her beliefs and her role as a diplomat, an ambassador of peace and one of the founders of the Justice League ropes in her qualification as a strong leader.

Lastly, Wonder Woman is a symbol of the power of representation and iconography. It’s no mistake that her creators were also psychologists and knew that physically seeing someone like Diana would potentially have psychological effects on how women perceive themselves and what they can become when they project themselves onto her.

So I would say congratulations on the well-deserved honour to her majesty Princess Diana of Themyscira, our Wonder Woman and thank you for 75 years of inspiring women.