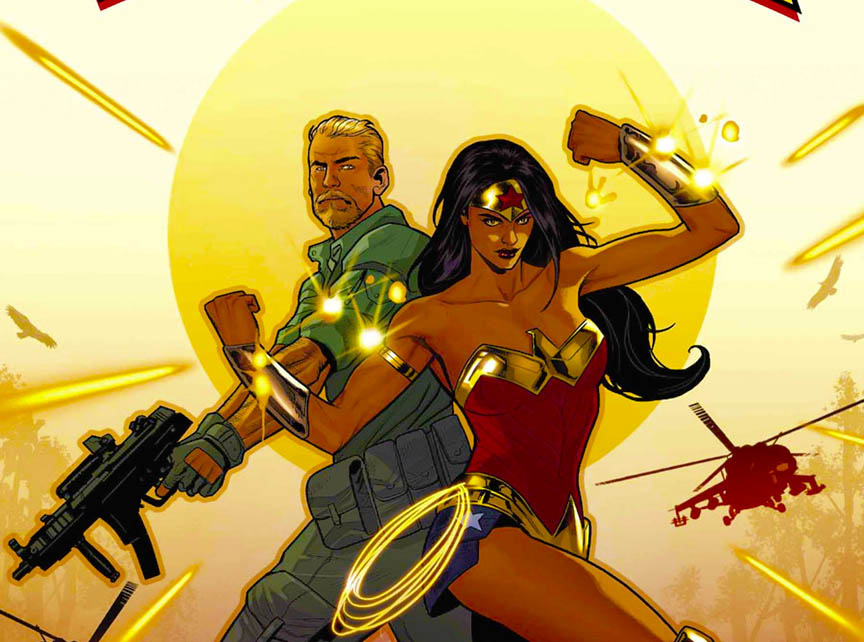 It’s a good time for Wonder Woman. The new film is doing well and has received good (sometimes great) reviews claiming that it could single-handedly rescue DC’s movie universe. The comics are doing well too, and she hasn’t been this high-profile a character in years. Everything the Wonder Woman franchise touches lately seems to turn to gold. Except it doesn’t. Odyssey of the Amazons is proof of that. Sadly, so is this. Which isn’t really to put them in the same category. Odyssey of the Amazons has been a misfire throughout, combining woeful storytelling with underwhelming artwork. In Wonder Woman: Steve Trevor Special #1, by contrast, the writing is merely clumsy and the artwork itself is actually good. After Steve and Wonder Woman stop a group of Meninist terrorists, Steve goes on a personal assignment to Turkey in the hopes of rescuing his old platoon. As he battles to save his friends and brothers-in-arms from Saturna and the Crimson Men – a doomsday militia – he learns that Themyscira isn’t the only paradise in the world. The race is on to find the legendary Fountain of Youth, and the fate of the Earth itself is at stake…

Sadly, the clumsy writing and plotting on the first page sets the tone of Wonder Woman: Steve Trevor Special #1. While it’s nothing new for a Wonder Woman-related tale to be feminist (and rightly so), making the first villains in the issue a group of “Meninists” who want to make women subservient to men is so heavy-handed it’s ridiculous. Cue Wonder Woman’s cameo appearance, comparing a monster to a phallus and saying that she’s looking forward to some sexual tension, and the damage is done.

Sure, it could all be tongue-in-cheek. The intro billing Steve as “Wonder Woman’s boyfriend” was amusing enough, after all. But if it’s a joke, it’s a pretty weak one lacking in timing and execution. 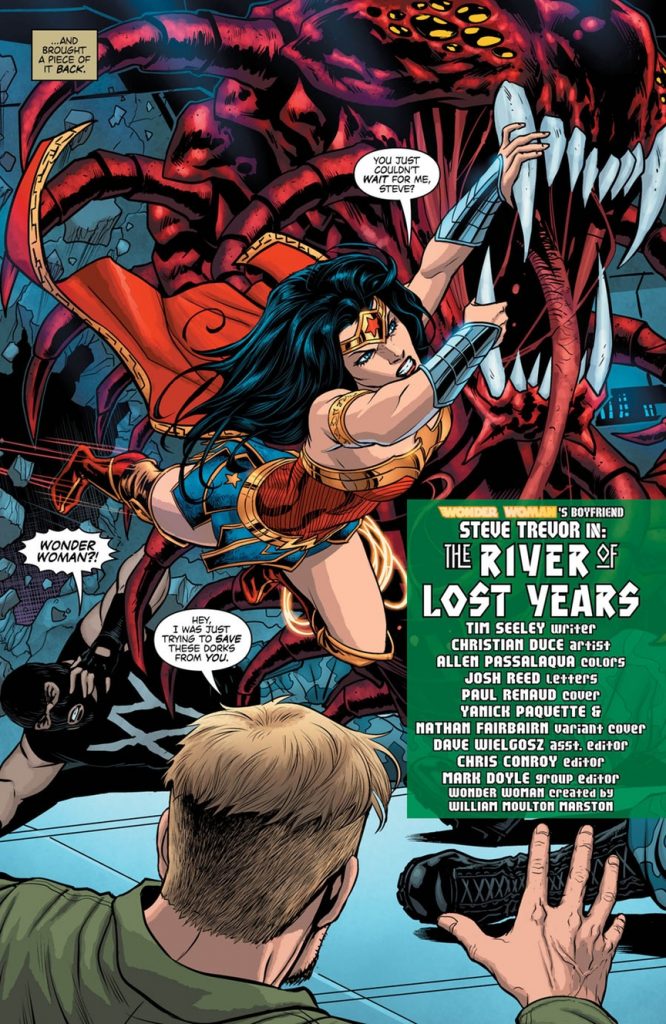 The rest of the story’s plotting is practically signposted. One of Steve’s team, we’re told specifically, enjoys making jewellery and is desperate to give Steve a necklace. Gee, is that leading somewhere? The travelling distance to a mystical location is “the length of a song”… and then someone sings and they instantly find the place they’re looking for. You can see every moment coming from a mile away, and while it’s sensible storytelling it’s also clumsy and at times illogical.

There are some neat touches, granted. It’s great seeing Steve do his job without WW for the most part, and reminds us that he’s a military man with a real history. The adventure has a Dirty Dozen vibe to it. The main villain Saturna, while bland and cliché-ridden, has the potential to play a bigger and better role in the future.

On the whole, it’s entertaining at times and looks good, but at the end of the day Wonder Woman: Steve Trevor Special #1 simply isn’t special enough.