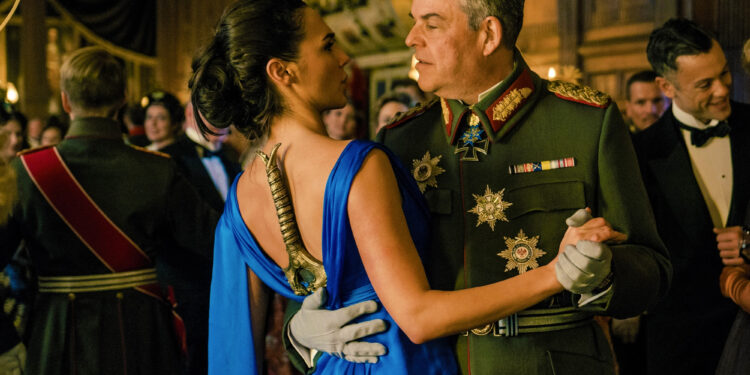 Everyone who has seen the film, can’t deny that Wonder Woman is inspiring. It’s easy to see Diana (Gal Gadot) as a role model to women of all ages. It probably isn’t a big surprise then that she has also inspired a new fashion trend: hiding swords in dresses.

In one of the film’s most memorable scenes, the Princess has her sword, “Godkiller”, neatly tucked away in the back of her silky blue ball gown. The goddess walks amidst the crowd without anyone aware that she is concealing a dangerous weapon in her possession.

While the scene stirred a lot of internet babble, many fans came to Wonder Woman‘s defence by sporting the same look. Now the hashtag #WWGotYourBack has started to trend and fans from around the world are hiding swords in their evening dresses. One person even went as far as to include a sword to her wedding dress.

#wonderwoman showing us how to be a pretty princess and a force to be reckoned with. #WWgotyourback challenge: accepted!

Guys, I tried it. It works ?? #wonderwoman is definitely one of my favorite movies ever. #wwgotyourback #godkillerchallenge #godkiller #katana #sword #blade #galgadotismyqueen #galgadotiloveyou #cosplayer #italincosplayer #cosplay