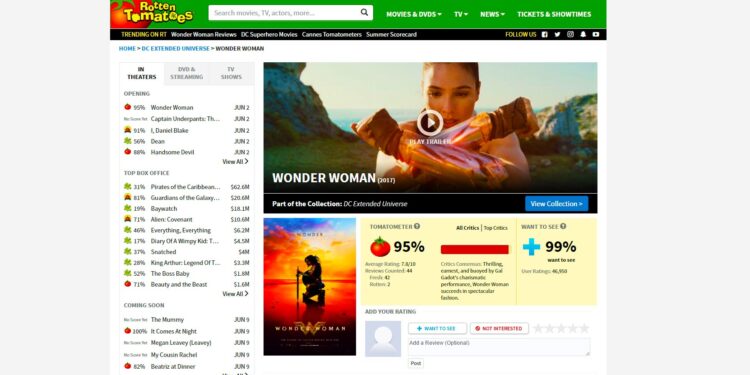 Patty Jenkins’ Wonder Woman origin story, starring Gal Gadot, is proving a hit with critics and fans on Rotten Tomatoes. The film looks like it could be the biggest hit in the DCEU yet, with the numbers crawling towards a 95% fresh rating.

The first reviews for Wonder Woman are in and it seems like DC’s first universal success. The general consensus for the film seems to be that it is fun, enjoyable and the best entry into the DC Extended Universe thus far.

TheWrap’s Alonso Duralde described it as “a film that not only improves upon many of the seemingly built-in shortcomings of superhero movies, but also mixes smarts, sentiment and adrenaline in the best Hollywood style.” 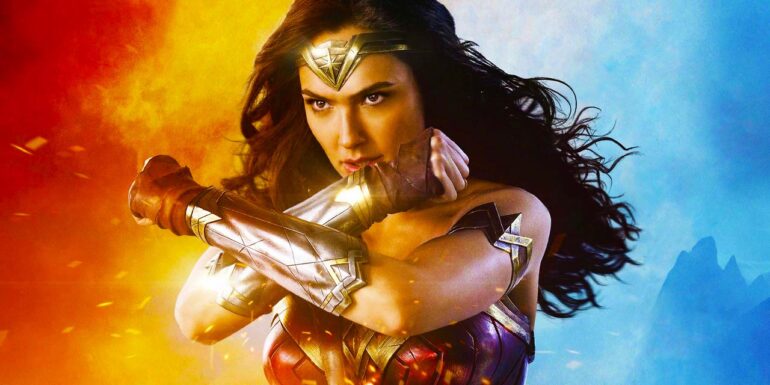 USA Today’s Kelly Lawler gave it a 3.5 out of 4 and explained that “the film’s action is explosive and engaging, and a sequence where Diana ventures into no man’s land in the middle of a trench battle is stunning to behold.”

CBR’s Kristy Puchko believes that “both Jenkins and Gadot did a great job in bringing Diana’s relatability to life in the film”.

It wasn’t all positive though, with The Guardian’s Steve Rose writing that “[what] promised to be a glass-ceiling-smashing blockbuster actually looks more like a future camp classic.”

You can’t win everyone over that easy, but it seems that DC is heading in the right direction.

Wonder Woman opens this weekend, Friday 2nd June 2017, in cinemas across the world.

Tell us, what are your thoughts on the Wonder Woman Rotten Tomatoes rating?