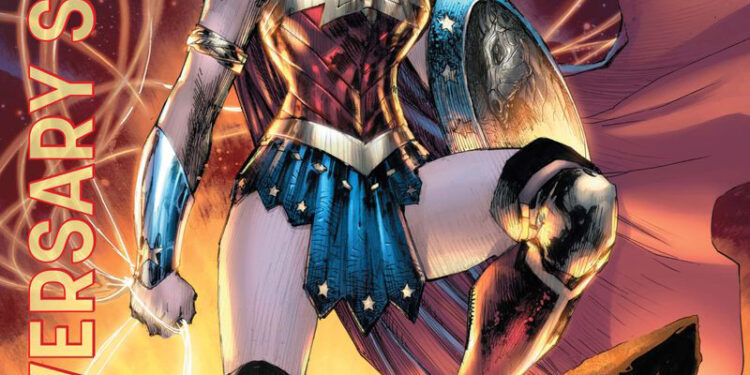 At 75 years old, Wonder Woman is still beautiful, in every way. So what better way to celebrate this than to pick up Wonder Woman 75th Anniversary Special #1 celebrating everything about her that makes her the greatest heroine in comic book history? 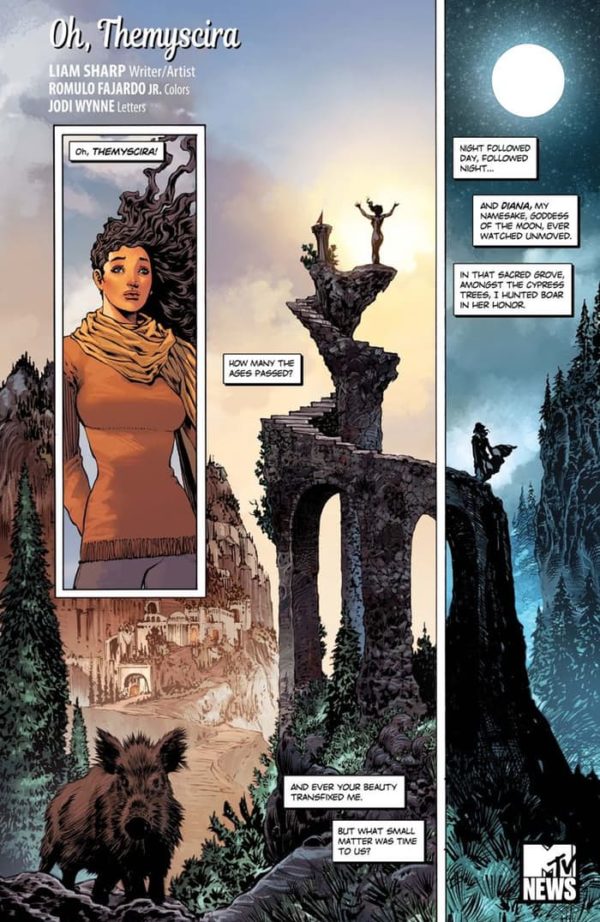 This is an anthology of short stories of different varieties, presented by some of the top writers and artists in comic book and throughout Wonder Woman‘s history. It isn’t one big story, which may disappoint some, but it’s an impressive example of who Wonder Woman is, what she represents and her legacy over the years. There are some covers and pin-ups too, although who in their right mind is going to cut this issue to shreds to pin them up on the wall? However, the real joy of this is the variety of storytelling and art, especially since it seems like the creators were unshackled from DC’s muddled continuity.

Interestingly, there are several stories focusing on Wonder Woman in World War II. While cynics may say this is just to tie in with the upcoming film, fans of Wonder Woman‘s original comic book roots will appreciate this. There’s a brief but touching tale of her stopping a poacher, an interview with Lois Lane concerning the recent The Lies storyline, a team-up with Superman, a story concerning what an inspirational figure she is, an adventure on Themyscira… and a whole lot more.

The term Special is in Wonder Woman 75th Anniversary Special #1, and this really does live up to it. 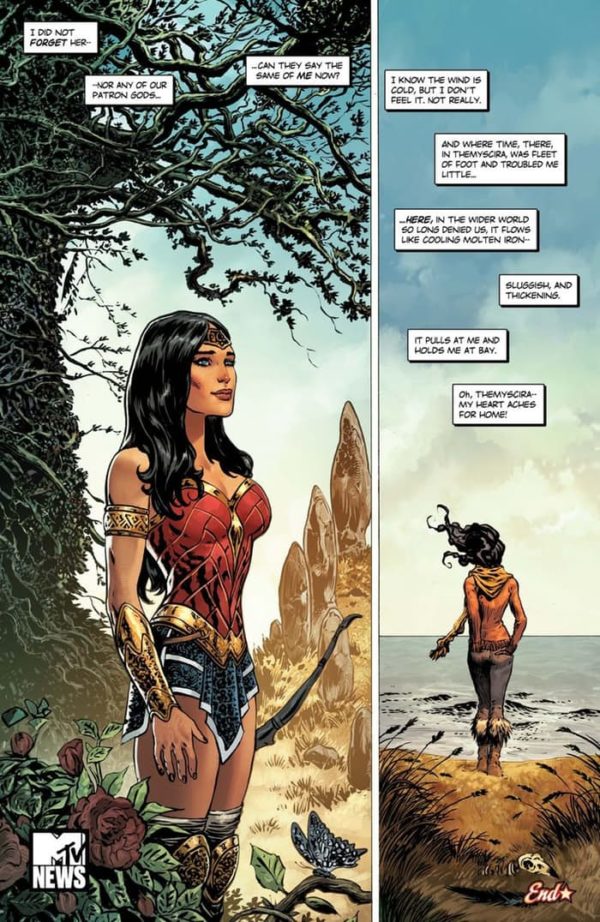 Granted, there are some downsides to Wonder Woman 75th Anniversary Special #1. There’s a lack of any reprinted classic material from years gone by, or any sort of written history chronicling the creation of the character, her history in publications over the years, or any of the adaptations of this iconic figure over the years. Which is a little strange, given that this is supposed to be a celebration of a character with 75 years worth chronicling. The closest to that are the Brian Bolland covers and sketches, but beyond that… nothing.

On the plus side, what’s on display is a reflection of that. We get to see her through the eyes of the present, dispensing with nostalgia but acknowledging the history. As with the latest storylines, we see her as a figure of peace and war, strength and kindness, ambassador and soldier. Here she truly embodies many contradictory roles, yet each short story is valid.

The writing throughout Wonder Woman 75th Anniversary Special #1 is solid, and it’s hard to pick out any one favourite story but fans will be pleased to see the legendary names of Jill Thompson and Gail Simone included. However, the interview she gives is arguably the most defining due to how personal it is. Anybody who’s ever suffered from depression of felt isolated in a crowd should be able to relate to Wonder Woman when reading this. The art is slightly more of a mixed bag, with styles ranging from elegant to cartoonish… and one story, sadly, making Wonder Woman look rather mannish. Still, the brevity of each tale means that any slight dip is instantly followed by a high again.

Wonder Woman 75th Anniversary Special #1 is far from a definitive history of Wonder Woman, but it’s a near-perfect way to appreciate all that she symbolises. There’s something for everyone here, and this is proof of why Wonder Woman is one of the genuine icons of comic books. 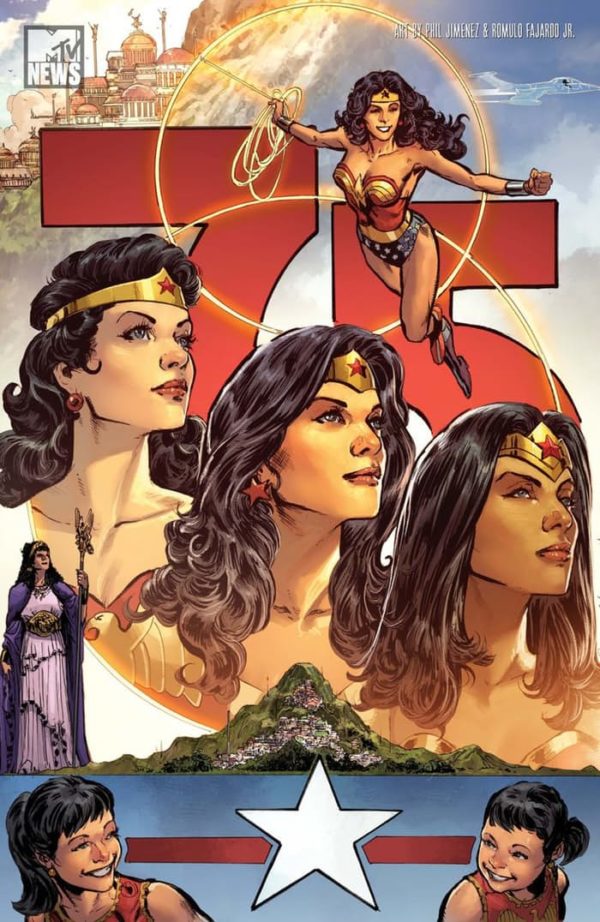