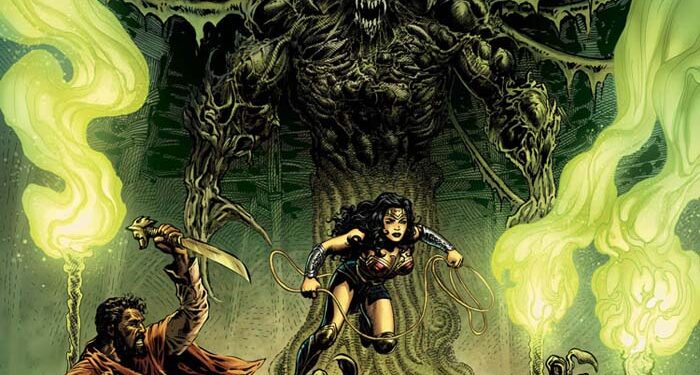 In Wonder Woman #7, Wonder Woman‘s partnership with Cheetah continues as they set about freeing the victims of the warlord Cadulo and his evil god Urzkartaga, with the life of Steve Trevor in the balance. For Wonder Woman, it’s about loyalty, friendship, love, and a stepping stone in her quest to find the truth about her origins and what happened to her home. For Cheetah it’s about revenge and a quest to become the woman she once was. But the confrontation against evil will unlock more secrets than either of them could imagine… 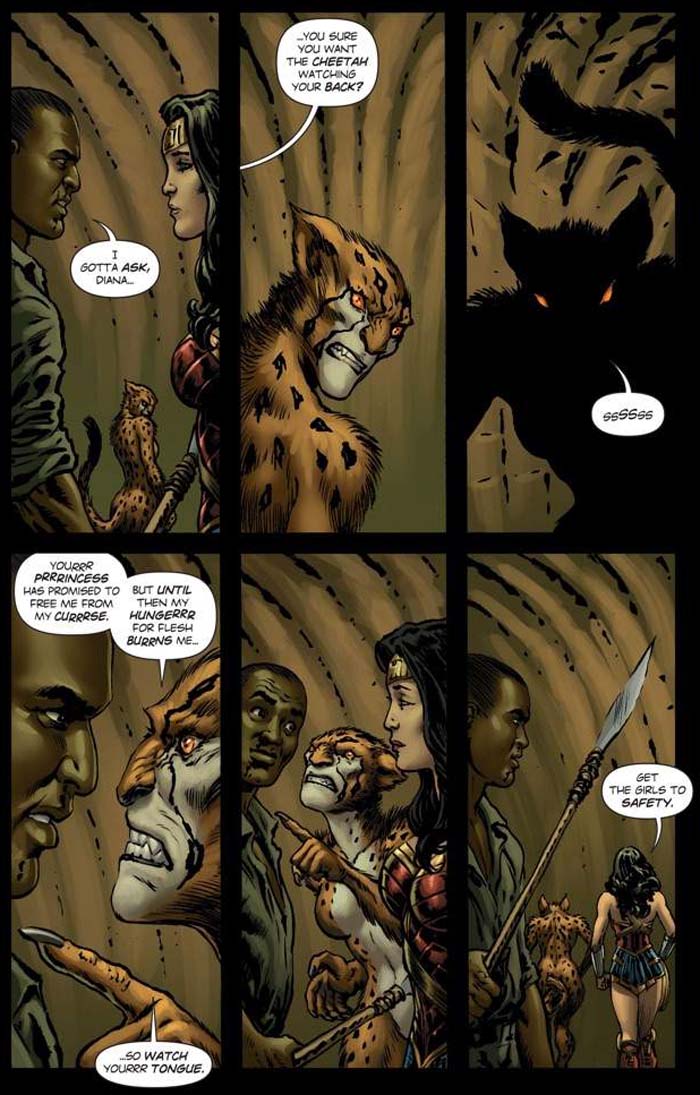 Okay. I’ve said a lot in previous reviews about how good Wonder Woman is. So much so that it’s hard to know what to say anymore, which is a problem. Especially since this issue is the best so far. So here’s a quick way of reviewing this:

Take a thesaurus and look up the word fantastic. You’ll find a lot of alternative words listed there, like superb, brilliant and plenty more. All of them fit, because Wonder Woman #7 deserves every damn one of them.

The writing isn’t just good, it’s great. It’s intelligent and well-paced, while the ending is quite possibly the smartest way to defeat a villain which completely symbolizes everything which Wonder Woman stands for, not just as a character but as an ideal. While this storyline may have been accused by some of moving a little slowly throughout this arc, the payoff here makes it all worthwhile. As for the art in Wonder Woman #7, it’s embarrassingly good. Not only does it look amazing, but once more Liam Sharp proves that he’s a master of understanding how panels work. From using them as overlapping prison bars to thin panel borders, and thick borders with jagged angles using negative and contrasting space, every page is visually impressive and offers up possibly the best art in DC’s current line-up.

Wonder Woman #7 is impossible to fault, and it isn’t hard to wish that more comic books out there had this level of talent working on them.

And that’s that. There’s not much more to be said other than…